Film merchandise - when I was young you could get action figures, t-shirts and the occasional photo album. These days, any family film release is almost guaranteed to be accompanied by a tie-in game. The latest film/game combination to add to that tally comes in the form of Planet 51; does it have what it takes to break the cycle of poor licensed titles we've seen in recent years?

For those without children or an in-depth knowledge of every movie to grace the box office this year; the film (and the game, albeit slightly more loosely) follows the adventures of Chuck, a US astronaut who lands on an alien planet, only to discover that it is already inhabited by a race of little green men straight out of 1950s science-fiction. With the help of Lem, one of the planet's inhabitants, Chuck must recover his spacecraft and return home. 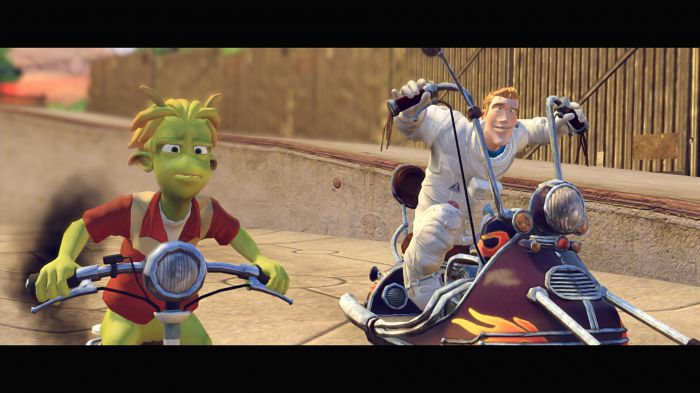 This plot is translated into Planet 51: The Game as a series of driving games varying from straight racing to demolition derby and taxi driving mini games, all tied together in an (almost) open world. Not having seen the film itself, it's hard to say precisely how closely the game's plot mirrors the big screen version; but I would imagine that having discovered Chuck and hiding him in his room, Lem doesn't go on to complete a series of chores in order to get a camera and take part in a photography contest.

When the plot isn't deviating from the film, it spends the rest of its time flitting about without explanation. There are a number of instances where upon completion of a mission, you are left with no idea of what you're supposed to be doing next, leaving you to follow an arrow on the HUD taking you to a completely unrelated mission.

Whilst most of the missions are stand-alone levels, the mini-games have 10 levels of increasing difficulty which can be completed to unlock extra vehicles and collectibles. The fact that the game refers to these as ‘Tasks' does reflect on their repetitive nature - each level is exactly the same apart from having slightly less time to complete the task. This grates even more given the fact that all 10 levels must be completed in a single sitting; repeatedly mowing the same lawn (yes, it is one of the mini-games) for 30 minutes is not my idea of fun. 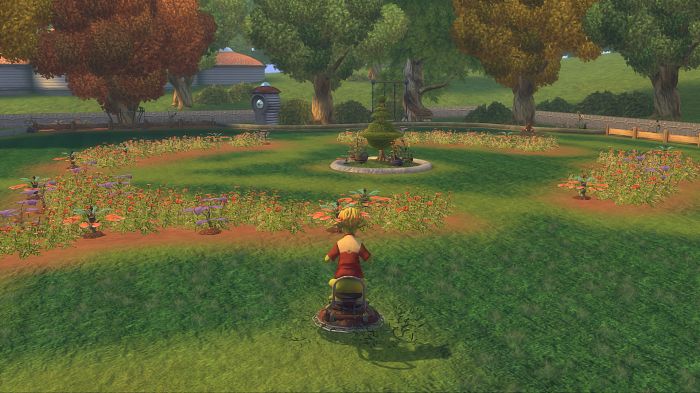 First impressions on loading the game are very much of a family friendly GTA clone; the open world, the pedestrians wandering aimlessly around the streets, the ability to commandeer vehicles (with the owner's consent rather than by force obviously). Looking closer however, it soon becomes clear that this open world is somewhat of a sham; aside from the tasks that can be played at any point once they've been unlocked, there is only ever one mission available to you at a time and once you get to that mission, there is only a single path around the level - whilst this may be a slight exaggeration, any shortcuts are subtly indicated by a large flashing arrow on your HUD.

It's probably a good thing that shortcuts are so obvious as you'll need all the help you can get in races; the AI cheats more than most Mario Kart games. I clearly recall one such instance at the end of the second area; racing against the local gang of bullies along a spiralling canyon path, I managed to knock one of my opponents off the edge sending him plummeting to one of the lower sections of the spiral - seconds later he was on my tail again. There are even times when the game is much more blatant about it; opponents can magically appear in front of you if you're doing too well. Small niggles like this shouldn't detract from an otherwise solid racing game. Unfortunately, this is far from being a solid racing game. Tips on the loading screens recommend selecting the right vehicle for the mission; a job easier said than done. Vehicle handling is invariably poor with minimal discernable difference across the available cars and no stats or figures to enable you to compare and choose. With every vehicle being a hover car (or bike, or lawnmower), you have the ability to strafe with the vehicle - perfect, you think, the opportunity to drift the car around corners for some extra speed. The game has other ideas and any attempts to be clever will generally not be pretty.

Graphically, the game looks nice while not doing anything in particular to stand out; the only real feature of note is that it is one of the few Unreal Engine 3.0 powered games not to suffer from noticeable texture pop-in, although this is most likely to be due to the simple nature of the textures rather than any particular refinements to the engine. 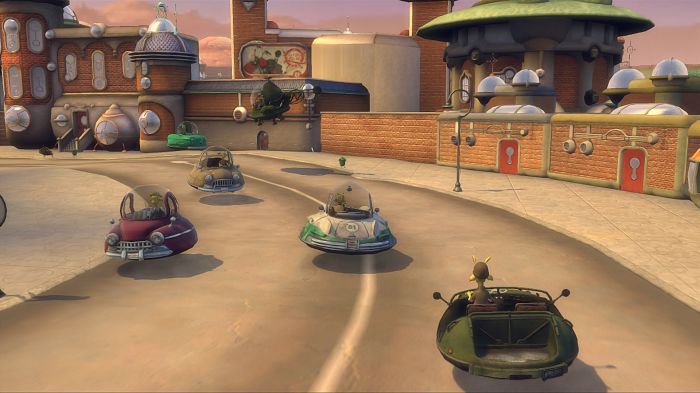 As the developers Pyro are owned by the same brothers that own the studio responsible for the film, it's obvious that the development team have had access to various pieces of artwork and models. It's just a shame that they didn't get to share the animation talent - lip-synching in cutscenes is minimal with characters flailing about seemingly randomly to prevent them from being completely static and lifeless.

As a reviewer, I realise that I'm not part of the target audience for this game (nor have I been for many years) but it remains hard to see anyone but the biggest fan of the film wanting to play for any extended period of time, let alone play through all the tasks to unlock all the collectable items. Finding out that some of the vehicles within the game can only be unlocked by purchasing the action figures highlights the simple fact - this is not a game, it is primarily a piece of merchandise, and a lifeless and repetitive one at that. 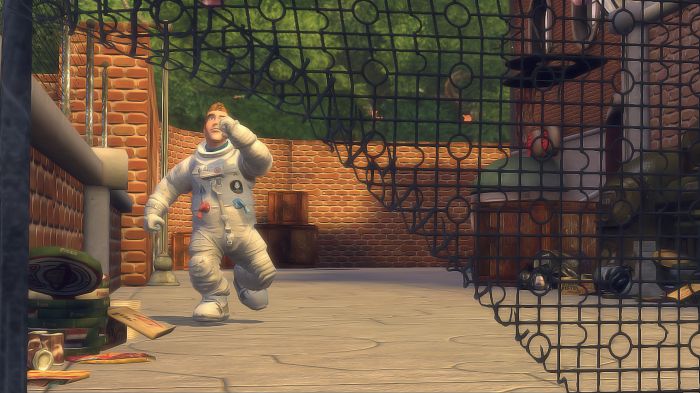 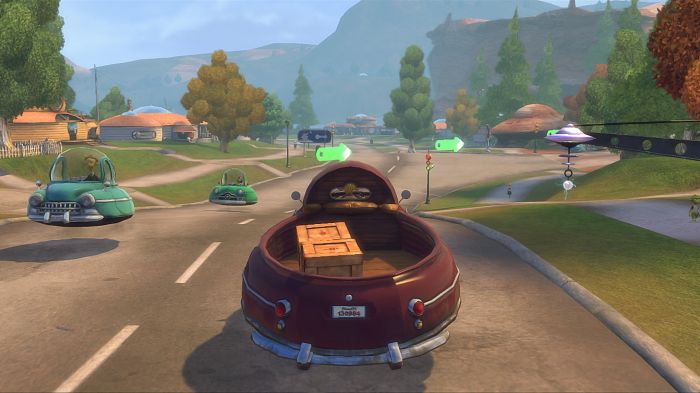 Film merchandise - when I was young you could get action figures, t-shirts and the occasional photo album. These days, any family film release is almost guaranteed to be accompanied by a tie-in game. The latest film/game combination to add to that tally comes in the form of Planet 51; does it have what it takes to break the cycle of poor licensed titles we've seen in recent years?