The Plants vs Zombies game series has been around since 2009. It started off as a tower defense type game, but the new Garden Warfare series has evolved into a mix of third-person shooter and tower defense. Amazingly enough only one title has been released to a Nintendo console. The original Plants vs. Zombies appeared on the Nintendo DS handheld but the other titles have remained elusive until now which is really surprising considering this is a family friendly title. Plants vs. Zombies: Battle For Neighborville Complete Edition is now out on the Nintendo Switch. Having played this game on both the PC and Xbox One before I was curious to see how the game would run on the Switch and since it is called the Complete Edition see what extras were added to make it special. 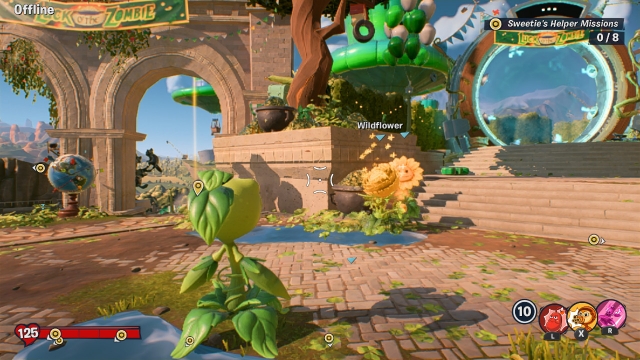 Plants vs. Zombies: Battle For Neighborville may sound familiar to you because it originally came out on the 18th of October 2019 for the PC, Xbox One and PlayStation 4. Like the other titles in the Garden Warfare series, the Battle For Neighborville is primarily a third-person shooter with a few strategic tower defense challenges tossed in. If online battles are your thing you can play 8v8 multiplayer choosing between the plant and zombie teams and partying up with three friends if you want a cooperative experience. Though keep in mind all of your friends will need to have Nintendo Switch Online to accomplish this. Local co-op requires you all to have your own Switch system; there is no split-screen co-op available. If everyone does have their own system then you can play competitive mode and battle it out. 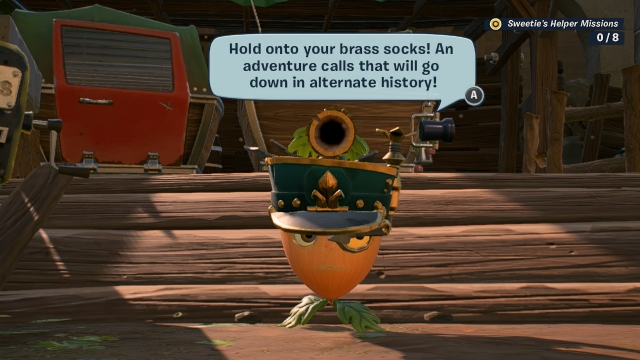 The multiplayer area of the game called Giddy Park has a ton of great modes to try out. Team Vanquish mode has every plant or zombie that is defeated count as a point, but if you have to be revived you will lose that point from the team score. First team to 50 points wins. Another mode called Suburbination is like capture the flag but has you trying to control three objectives and once you have all three you earn points faster to win. Garden and Graveyard Ops (depending on which team you are on) will have you teaming up to defeat the waves of enemies coming at you. There are seven different modes offering a huge variety of play that should definitely be checked out. 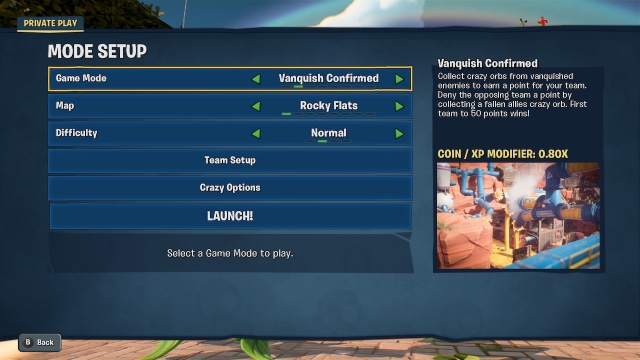 If you are playing the single-player adventure, you will be completing a huge variety of crazy quests like Boogie Beatdown. This requires you stop the zombies from trapping the plants causing them to dance all day. Why would they do this? So they are free to eat the brains of the humans uninterrupted. The story is silly and a ton of fun, especially when you have to collect cool looking clothes to dress up the lawnmower to trick the club bouncer. It sounds ridiculous but you just have to try it! Plus I love trying to shoot traffic cones off of the heads of zombies or the televisions they stuck their head into.

PopCap has filled the game with its signature sense-of-humour; the puns are plenty. Characters you interact with have names like Corny Corn, Land Phil, and Major Sweetie the sunflower who is the leader. Plants vs. Zombies has 23 characters both plant and zombie to select from. Each of the characters specialises in their own type of weapon and has their own unique special attack to use.

You can turn on aim assist for both the PvE and PvP mode which may be especially helpful with younger players. The Switch also offers touch menus and motion controls which make it feel similar to the controls in Splatoon if you are a fan of that.

Playing the Switch version of the game gives you the ability to take the game wherever you go, so luckily the missions in the single-player aren’t very long so you may be able to make some progress in your game on your commute or break. Since the game is being released on the Switch over a year after it came out originally, the game includes all of the DLC released for the game on other platforms. There are no micro-transactions; you just exchange coins you earn while you play to get items. 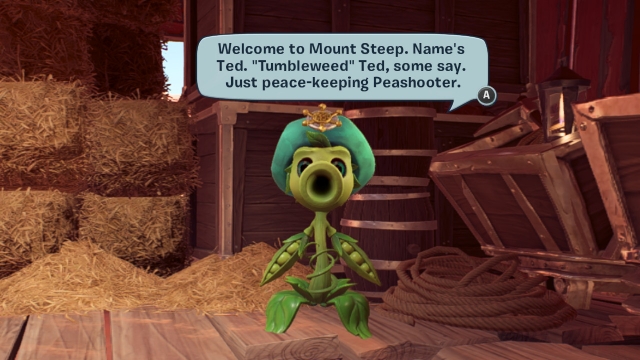 If you have tried this game on a different console before, you will notice a drop in the resolution compared to the other versions of the game, but it still looks good especially since the art style is more cartoony. Trying out Plants vs. Zombies in handheld mode I was impressed on how well it looked and played. There wasn’t a huge drop in FPS and it maintained a steady frame rate. It is nice to see considering some games have issues with the frame rate when they are in handheld mode. The music and sound effects are great, especially if you are wearing headphones. Based on the appearance of the characters in the game you may think it is aimed more towards a younger audience, but that is far from the case. This game is great for anyone, no matter your age to enjoy. It is great for kids who want to play a multiplayer shooter game but are too young for the blood and gore you see in other games. Or if you just want a more goofy, pun filled experience. Plants vs. Zombies: Battle For Neighborville is a ton of fun, but it has one huge flaw. The lack of local split-screen co-op is incredibly disappointing. It seems ridiculous that to play with someone else, even in the same household we need to have multiple systems. Cross-play would have been another nice addition, but at this point not too many games have this option available so it wasn’t expected.

Plants vs. Zombies: Battle for Neighborville (Reviewed on Nintendo Switch)

Plants vs. Zombies: Battle For Neighborville Complete Edition is really a great game, but the lack of local split-screen multiplayer definitely makes it feel less than complete especially when the other consoles do have it. The story is a lot of fun and If you were just looking to play online then this game is definitely worth checking out.

Plants vs. Zombies: Battle for Neighborville