I’ve reviewed a lot of games over the years. All manner of genres ranging from platformers to FPS’s. Nothing, however, could have really prepared me for the title that was Pure Farming 2018. One of the strangest experiences I’ve dealt with in gaming, Pure Farming is definitely one those things that’s made for a specific type of player. That being said, though, how does the only installment of this franchise measure up?

Well to start things off, let’s talk about the story. Yes, it’s true, Pure Farming 2018 does have a campaign mode. Unfortunately, it’s not as silly as I wanted it to be. I was hoping for a story where you’d have to do something like win a tournament for best farmer ever or farm your way through a series of Portal-style challenges. Not the case I’m afraid, instead, it’s just a basic plot revolving around you obtaining the debt from your recently deceased uncle and continuing his legacy. Overall, just the standard beige level of storytelling. 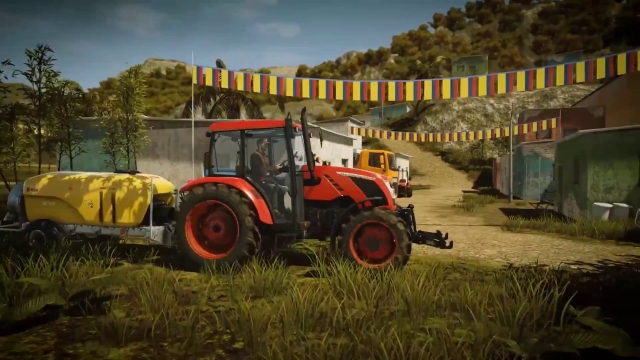 Moving from story into scenery, we begin to analyze the environments and level design. In regards to visuals, there are certainly worse titles out there. Pure Farming 2018 does a solid job in bringing across a decent looking world for the player to get around in. However, it doesn’t give the same level of effort with things like immersion. Basically, where the visuals excel, the design doesn’t. I never believed that I was part of a thriving agricultural community. Quite the opposite, I felt like I was playing a farming version of The Truman Show. I’d play for a couple of hours and maybe see one person who would promptly leave before I could figure out where they came from so that I could eventually escape my virtual prison.

Anyway, I’m getting off topic. Let’s take a look at the gameplay aspects of Pure Farming 2018. As stated before, your whole purpose in-game is to pay off the debt that you took on, which is a bit disappointing from a variety perspective because there are several side objectives that one could aim for while trying to achieve this goal. I digress though, the way that players make money in a game about farming is… wait for it… farming! You plant, you harvest, you sell, you rinse and repeat. The gameplay for this title is, overall, very simplistic. That being said, however, (and watch out ‘cause here comes the curveball) I love this style of gaming! Pure Farming 2018 is right up there as one of my new favourite rest and relaxation games. Start it up, throw on some country music in the background, and away I go. There’s just something really blissful about doing tasks in order to watch a number steadily increase. I don’t know, maybe I’ve just gone loony. 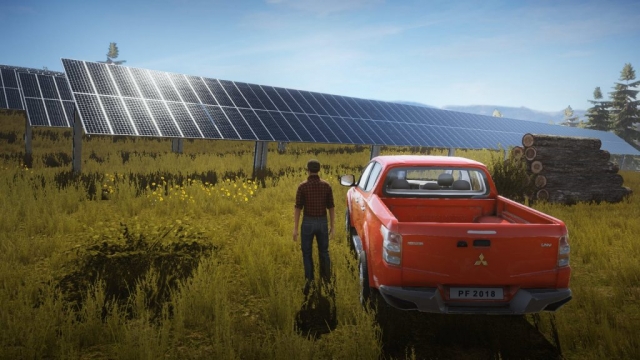 The last thing I want to mention about Pure Farming 2018 is not so much a positive or a negative thing, but more so a commentary on its existence. Now there is entertainment value in this game, but it’s an entertainment that you need to find. There’s nothing inherently fun about Pure Farming 2018, the fun comes from wherever you, the player, can obtain it. For me, like I said before, it was listening to country music and watching the days wind down one after the other. Despite that slow grind based enjoyment though, this title doesn’t offer a lot in the way of keeping me engaged. It’s a game that you’ll play and probably like for a time, but your enjoyment will slowly peter out until you want to play something that does more to keep your attention.

So, with all that being said, is Pure Farming 2018 worth the price? I’d say a hesitant yes. The visuals and gameplay alone are solid enough to warrant a purchase, but there’s enough going against the game that could make me say otherwise. All in all, and I know this sounds like a cop-out answer, but the choice is ultimately up to you.

Pure Farming 2018 (Reviewed on Xbox One)

Pure Farming 2018 is, for the most part, a game about doing tasks while watching the days go by. If you find enjoyment in that, then this title is made for you.

Not the pure gaming experience I imagined.

Where are all the farm puns!!!!

I don't feel I like fielded them very well. Honestly, the puns just didn't grow on me. That beng said, I'd farm-iliarize myself with more if I had the time.