In the last few years, gamers have been blessed with a fascinating array of avant-garde adventures. Eschewing convention and focusing on eliciting emotion, experimental titles like Journey and The Unfinished Swan have captured hearts and opened minds to new and exciting possibilities. SCE Japan Studio is a team well-versed in creating games that are both captivating and unique, although often their projects are more eccentric than they are profound. Rain however, takes a more thoughtful, introspective approach – and while its simplistic gameplay offers little in the way of challenge, the atmospheric experience it does provide is both compelling and affecting in its enchanting simplicity.

This PSN exclusive tells the surreal tale of a young boy, who follows the spectral silhouette of a girl into a mysterious world of perpetual night and unending rain. In this extraordinary place he is turned completely invisible, and his shimmering form can only be distinguished amidst the downpour. 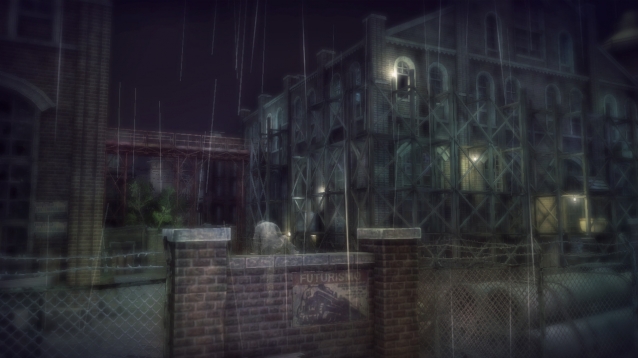 Seeking the elusive girl through the derelict urban sprawl is a sorrowful, isolating experience, compounded by a creeping sense of unease. Yugo Kanno's solemn score amplifies these feelings with heart-breaking classical piano, serene strings and a strangely disquieting accordion. The apt use of Debussy's Clair de Lune perfectly encapsulates the game's somber tone, underlining its undeniable-yet-irresistible air of pretension.

Though the vicinity initially appears abandoned, that is far from the case. Skeletal phantoms stalk the night, which like the children, are only visible through the torrent. Threatening and bizarre, these ghostly horrors seek you out amidst the darkness, leaving you no choice but to flee and hide. There is one beast however, whose terrible roar and thundering footfalls fill you with an unparalleled sense of dread; The Unknown, a demonic abomination that hounds your steps. These encounters are unnerving and highly effective, the behemoth relentless in his malevolent pursuit. 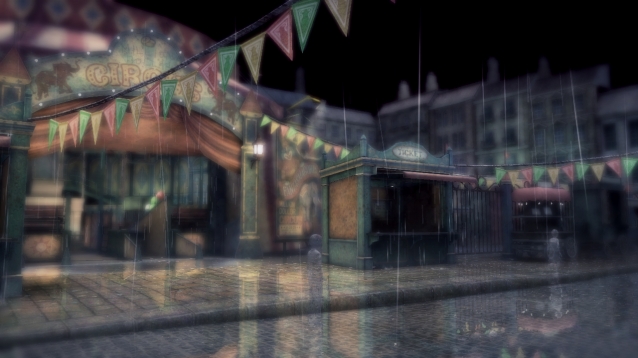 Rain's straightforward puzzle-platforming centres around your ability to vanish when shielded from the unyielding drizzle. Throughout the metropolis there are verandas, doorways and bridges under which you can shelter, concealing your presence. Being imperceptible can be discombobulating however, requiring you to ascertain your position via sopping footprints, rippling puddles and objects you bump as you pass.

As you might expect there is a large focus on stealth, requiring you to veil yourself to circumvent the region's monstrous inhabitants. Though this is somewhat expanded by introducing mud that stains your legs and visible items you must carry – that give away your location and can be used as distractions – these elements aren't particularly complex. Likewise the basic platforming and elementary puzzles aren't overly taxing, the game's tightly-controlled camera often highlighting areas of significance for you.

While these issues may be considered problematic in a conventional title, they don't prove too detrimental to this succinct-yet-poignant pilgrimage. The heart of this expressionistic experience rests in the mournful aura it concocts and the emotions it provokes. At the last, events become evermore nightmarish, the cityscape metamorphosing into a menacing labyrinth. The Unknown not far behind, the game's panic-inducing climax is tense and thought-provoking, left open to individual interpretation.

It’s not difficult to imagine this PlayStation exclusive could be quite polarising. If your interests lie in technical gameplay and a lengthy campaign, its three to four hour running time and uncomplicated exploration could certainly be off-putting. However, if you can appreciate what the game is trying to achieve – an otherworldly interactive adventure conveying loneliness, helplessness and disorientation – there is a strong possibility you will find yourself mesmerised by the hypnotic outpouring that is Japan Studio’s Rain.

"While its simplistic gameplay offers little in the way of challenge, the atmospheric experience it does provide is both compelling and affecting in its enchanting simplicity." 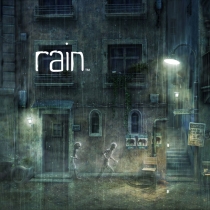