Reaper: Tale of a Pale Swordsman is exactly what it says on the tin - the tale of a small but dark looking character as he’s quested with various heroic tasks along his disorderly travels. Coming straight from the iOS/Android store to Steam, Reaper is an enticing action RPG  combining both an interesting story and some frantic hack ‘n’ slash gameplay. You are greeted with a short tutorial that runs you through the basics and combat moves you’ll need to know, all of which use different sequences of the WASD and spacebar keys. After completing the tutorial you’re teleported by a glowing blue orb into the wilderness, where questing and helping survivors of the war between the Imperium and the Tribes begin. Standing at the entrance to the vast outdoor area you’re about to discover, you will shortly be bombarded with information concerning the war and tasks you can complete to help out. However these all have multiple choice answers so you have the option to refuse, or even demand more money for your services, but expect to hear a snarky comment or two from the NPCs if you choose this option. 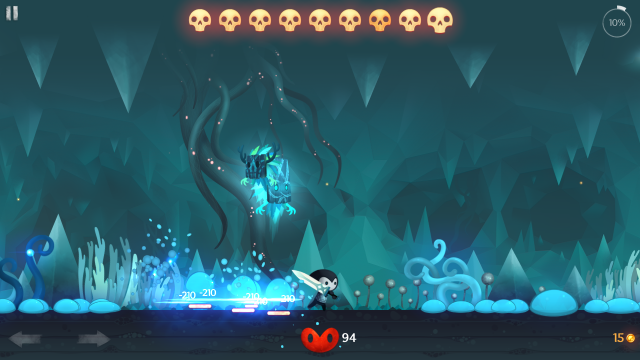 Thankfully, quests often vary in the type of action they require. Some are easier than others, ranging from a short trip deeper into the wilderness to speak to another citizen, to single-handedly taking on a horde of aggravated mystical creatures. However, this has no correlation to how far into the game you are, starting on a level that you deem to be unbeatable and then later completing one in under a minute is somewhat expected. The creatures you’ll be fighting off are a huge part of what makes Reaper enjoyable, and while repetition of enemies in this type of hack ‘n’ slash game is often unavoidable, this doesn’t hinder the experience you’ll take from it. The variation of monsters used in certain levels can sometimes make for a real challenge. On top of this, you’ll be using your special moves to dodge in and out of flying orbs as the majority of monsters cast magic to attack you.Each time your level increases, you will have the option to pick one of three “Destiny Tarot” cards. These essentially give you the option to enhance your attacks and the damage they cause: additional 25% chance of a critical strike, +8 strength, +12 health - these are just a few vague examples of the improvements that can be made. Once you’ve gathered enough coins (usually dropped from inanimate objects in levels), you will be able to purchase new swords and armor in the first store you come across. Different stores will sell you rings, gems and other enhancements for your character. Shops are plain and simple; most objects will either confer an advantage or a disadvantage over your previous ones with statistics easily found highlighted in green or red, making your decisions to purchase easy as pie. Unfortunately these shops will become the only areas of importance on the map. Once you get the hang of it, you’ll more or less be clicking “next” and watching your character zig-zag around the map in a disorderly pattern to fast forward to the action, which of course is its selling point. 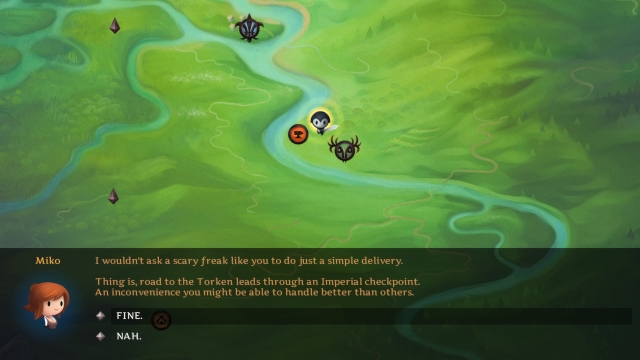 Although the wilderness is an area simply used as a gateway into other levels, it’s been beautifully designed and bears a striking resemblance to an oil painting; the art style of the actual levels is slightly different but still glowing in its bright colours and textures. The dramatic and addictive soundtrack varies from level to level therefore meaning it doesn’t become repetitive, all the while fitting perfectly with the characters and themes of the game. In conclusion Reaper is a perfect title if you’re one for mindless killing and getting a thrill out of successful attack combos. The story has a lot of potential but is unfortunately easily forgotten after just an hour of gameplay. Available on Steam, iOS and Android for just a small price, you’d be silly not to snatch this up!

Reaper: Tale of a Pale Swordsman (Reviewed on Windows)

Reaper is an action RPG with an interesting story line behind it, however combat and its hack 'n' slash style gameplay is the main selling point, meaning the story simply becomes a forgotten addition to the title.

Reaper: Tale of a Pale Swordsman