RollerCoaster Tycoon 3 Complete Edition is a remastered version of the early 2000’s management classic. Released on Switch and PC, this edition of the game includes all DLC and also makes the game look even more beautiful.

What do you do in RollerCoaster Tycoon 3 Complete Edition? Well your main goal in the “scenario” mode varies depending on what scenario you are actually playing. These scenarios go from having a park with 400 guests to having a fully operational park that has good profit margins. These scenarios offer fun challenges that add something else to do other than creating a park in sandbox mode and offer a fun change of pace that really makes you think outside of the box. They may sometimes add additional challenges like having a small plot of land to build a giant thriving park in. 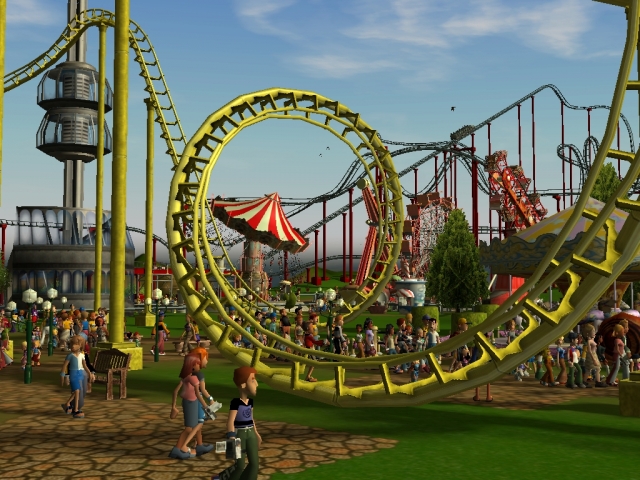 Sandbox mode is something that you will spend hours in whilst trying to build your dream park. In sandbox mode you have no constraints, you can literally build whatever you want. If you dream of rollercoasters and have a great desire to build it you definitely can replicate that coaster from your dreams in the game. The tools on offer really do let you build the biggest and greatest rollercoasters and parks. 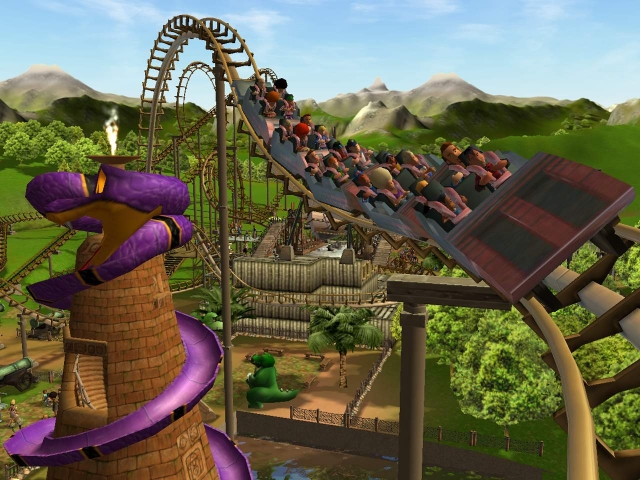 With RollerCoaster Tycoon 3 Complete Edition being out on Switch this adds so much to the game in ways that you might not think of. If you told little nine year old me that I would be playing RollerCoaster Tycoon 3 on the bus on the way to work I definitely wouldn’t believe it. The Switch version definitely adds opportunities for this and it makes you play the game differently, whilst on the bus and traveling with my Switch on the go I didn’t feel as inclined to build a giant park as I knew this took time, and whilst I could continue from where, I left off I definitely found myself building smaller parks on the Switch.

The controls on Switch are definitely different and will take a lot of getting used to if you have played RollerCoaster Tycoon 3 on PC. Instead of having a menu on the bottom of your screen like the PC version, you will have a radial menu for different settings and tweaking menus, the ZR button controls your management of rides and shops while your LR button opens your park management menus which includes things like taking out loans, managing park prices and checking your objectives. Like previously mentioned, whilst it takes some time to get used to the new controls it definitely works. 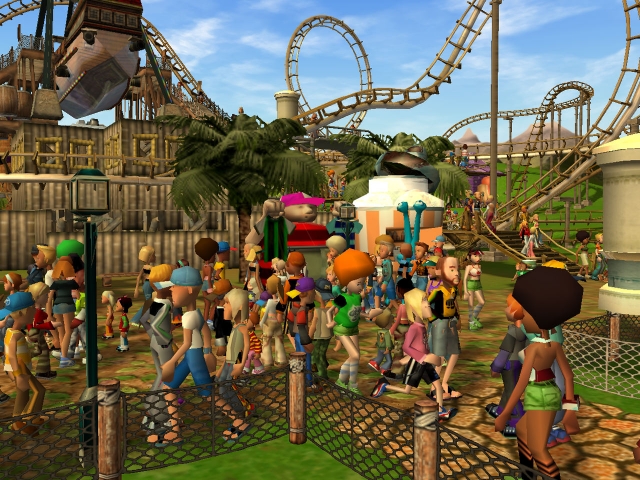 Whilst the graphics in RollerCoaster Tycoon 3 Complete Edition have been changed from the original game, it doesn’t feel like a huge generational upgrade. It does look better, but it isn’t the jump that fans of the series may expected. However, I believe this speaks volumes of how the original game really did look beautiful and holds up even to this day.