What makes Rust stand out from all the other survival titles that have come to light since its release? The main factor that separates this from the rest is, the world never truly pauses. Yes, not only will you have to fight the world and the players while you're in the game but you will also have the fear of logging off for the day and coming back the next only to have to start everything all over again. This is the main feature that separates Rust from other similar titles but at what cost? Well, it is actually very appealing. From the outside it may be intimidating but when you are actually playing Rust it just kinda coerces you into playing more and more as you don’t want to lose your stuff. So one hour becomes two and then quickly becomes ten. 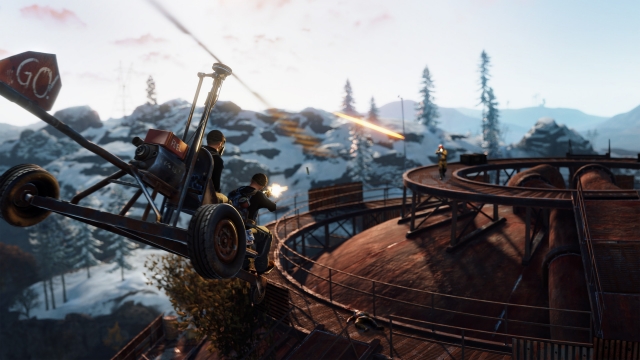 So how well do the controls transfer over from the PC version? Actually, very nicely. Instead of using button combos, the game uses radial menus. This works very effectively and allows some of the more complex controls to transfer well to a controller. The game even features something similar to an emote wheel with different automatic sentences available so if you don’t have a mic you can still communicate to nearby players. This is really helpful and allows you to enjoy the game to its fullest without worrying about having to find your headset (or buy one).

There are some serious issues with servers. The game doesn’t allow private servers and while there are a few public ones, if you find one that has some toxic players, chances are you will find another in the same state too. When I was new and getting used to the game I was especially being repeatedly targeted as I had very little to defend myself with and was an easy source of early game supplies. While there are some toxic players, you can’t really blame the game for it as every community has its bad apples and it’s hard to stop them. Sometimes it is genuinely fun to go and kill some newbies whilst you have lots of impressive gear.

Even after eight years the game doesn’t look visually great on PC and unfortunately this carries over to the PlayStation 4 version of the game. Not only does Rust look like a PlayStation 2 era game, it also doesn’t have many options to take advantage of the most advanced hardware in PlayStation 5 or the Xbox Series X. There are a few options like turning off motion blur and adjusting your Field Of Vision but this isn’t really groundbreaking and doesn’t change much. There isn’t any sort of story here, instead you’ll find yourself waking up in the middle of nowhere and must try to scavenge for food, weapons and other supplies otherwise you will be killed. Your first thought upon waking up is to build a house or a hut to survive the night in, however, this becomes a menial task as you’ll not only search the whole map looking for supplies, you'll also probably be killed once you have found them.

There is no tutorial here so the game features a steep and tough learning curve, however, once you get past this you should really enjoy Rust. I feel like it would be a game that would be played by more players if there was a tutorial server where you can learn to build houses and craft things without having to worry about the world and players around you.

Overall I enjoyed my time with Rust, it may need a few updates and features to really stand out, but even at this level the game is a strong contender in the survival game genre. 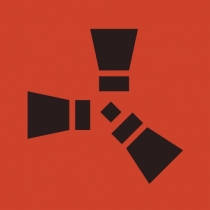