If the Sonic movie (which, by the way, I actually enjoyed) has had you yearning to reach for a Sonic game to play right afterwards, then you should most definitely go for the best one, Sonic the Hedgehog 2: the one that introduced us to the blue blur’s lovable sidekick Tails, the Death Egg, and Super Sonic. And the timing couldn’t be better with Sonic 2 arriving on Switch.

Granted, it’s not hard to get a copy of Sonic 2 on any platform these days, including the Switch where it featured in the Mega Drive Classics Collection. I also own the excellent 3D version on 3DS, which is also developed by M2, the best emulation developers in the business. But there’s plenty of incentive to buy this latest SEGA AGES release.

You can happily just speed through the original game in its unadulterated form but this version also includes Sonic’s new drop dash ability, first introduced in Sonic Mania where you can jump and then spin-dash when you touch the ground without having to charge it up. 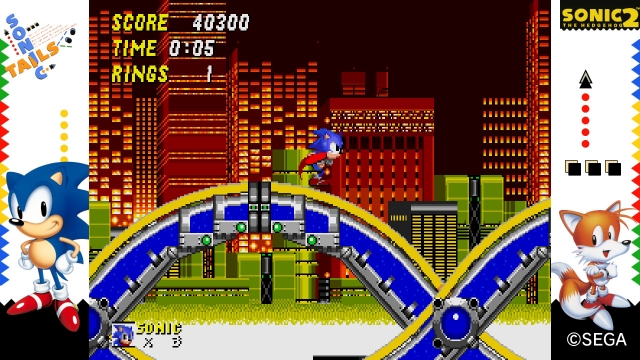 Meanwhile, to make things a little easier, there’s also a Ring Keep mode so not only do you always start a level with 10 rings, they won’t all scatter when you’re hit by an enemy or land on a spike trap. Hopefully, that also makes it easier to have the 50 rings required to enter the Special Stages during checkpoints to get those Chaos Emeralds. On that note, there’s also an unlockable Super Sonic mode that lets you play as Super Sonic from the start.

But perhaps the coolest addition to this version of Sonic 2 is the ability to play as Knuckles! For those who don’t remember, this game was originally accessed on the Mega Drive by using the Sonic & Knuckles cartridge’s lock-on technology with Sonic 2. Considering a modern port of Sonic the Hedgehog 3 seems like an impossibility these days (most likely due to music rights issues and Michael Jackson’s estate), getting to play as the red echidna this way seems like the next best thing. 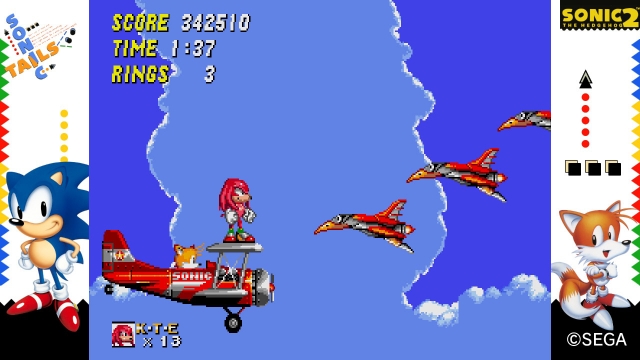 That said, Knuckles isn’t as speedy as Sonic, and his gliding ability has a knack of slowing your momentum. Nonetheless, being able to climb up walls does mean being able to reach new areas and explore these excellent maps in a different way that would have otherwise required the debug mode (yes, if you look up the code for that, it still works).

What more is there to say? The best Sonic game ever made is now better than before, and though I could just as happily play it on my Mega Drive Mini with an authentic Mega Drive control pad, having the hedgehog on Switch anytime anywhere is a perfect fit.

With some welcome new extras, including a playable Knuckles, SEGA AGES Sonic the Hedgehog 2 is another masterful port from M2 and the best version of the best Sonic game yet. 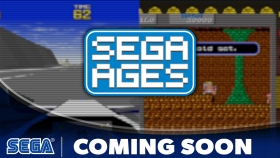