When did you last leave the house without your phone? Can you even remember? I certainly can’t. The thought of heading out with so much as a low battery fills me with too much anxiety as it is; asking me to leave home without any phone at all may as well be a request to go out trouser-less. It’s their ubiquity in our lives that mean smartphones have become perfect little reflections of us. They’re with us everywhere, we use them for just about every aspect of daily life, and we even document the real world with them. In the right (or wrong) hands, unrestricted access to our phones would be unrestricted access to our entire lives. It’s this concept that Kaigan Games has used in crafting SIMULACRA, a narrative-driven game that takes place solely within a smartphone’s interface.

Through unknown circumstances, you (as the faceless, nameless player character) come into possession of a smartphone belonging to a complete stranger named Anna. Being a nosy little so-and-so, you can’t resist turning the phone on and having a snoop around. Before long, it becomes clear that this isn’t any regular lost phone: it’s functioning peculiarly and seems to hold evidence that suggests Anna has been a victim to some kind of horrific happening. What’s more, her friends have been trying to contact her for some time: she’s clearly gone missing, and the key to finding her might be somewhere in the phone. By using the information, contacts and apps stored on the phone, you must piece together themystery of her disappearance and bring whoever or whatever is responsible to justice. 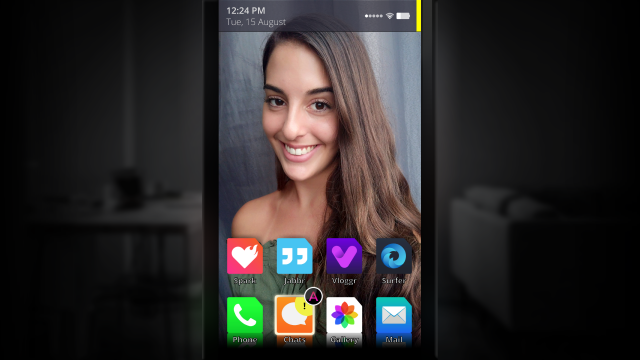 Outside of its inexplicable setup (it’s never explained how or why you came to possess the phone) SIMULACRA weaves a decent mystery story that’s elevated by the unique way it’s told. Through interacting with Anna’s phone, you’ll talk to her friends, family and colleagues; view her search history; rifle through her emails; explore her social media and more as you attempt to solve the mystery and learn about Anna’s life. Granted, the in-game phone is limited in terms of the scope of content available: it definitely doesn’t feel like you’re actually rooting through a real person’s phone, but it does offer enough to characterise Anna and have you feeling like a sleuth for piecing bits of information together. A large portion of the game is spent in multiple-choice text conversations with a handful of characters who are also swept up in the investigation. It’s in your responses to these dialogues that you’ll have an effect on the characters, the investigation and the story as a whole. I played through the game once but watched enough videos of alternate playthroughs to know that the game genuinely can go in a few different directions based on the choices you make. There’s more to see than a single playthrough can reveal, just don’t expect an entirely new experience the second time around. 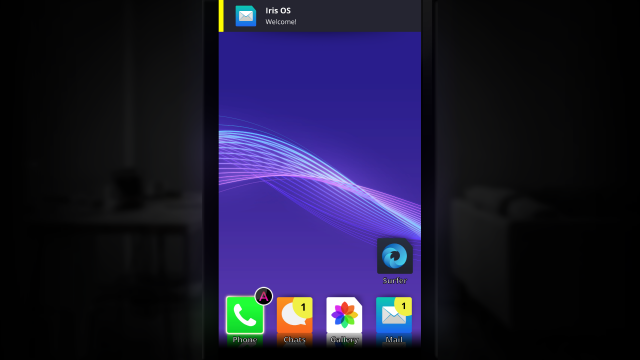 As mentioned, most of the conversations are had over text, and —in stark contrast to the vast majority of text messaging in fiction— Kaigan Games has done a surprisingly good job at writing conversations that feel authentic. I’m pleased to not recall seeing any laughable examples of outdated internet speak: these are adults after all and mostly talk like it. With that said, the casual nature of text conversations can work against the tone in some of the game’s more emotionally charged moments. Here’s a tip for all of you at home: emojis are NOT appropriate in life or death situations, there’s a character or two in SIMULACRA that would stand to benefit from that advice. Not that I want to throw too much criticism at the game’s cast of characters: their semi-related side-stories really do flesh out the main narrative and end up becoming just as interesting as the main plot itself.

Moving the investigation forward requires scrutiny of the evidence and clues stored within the phone. While interesting at first, the concept is ultimately better than its implementation. More often than not, the game boils down to you digging for the one ‘correct’ scrap of information that needs to be utilised perfectly to let the game move forward. It feels restrictive like an old point-and-click adventure game from the Lucasarts days. While far from a game-ruiner, it leaves the experience feeling a little… well, game-y. 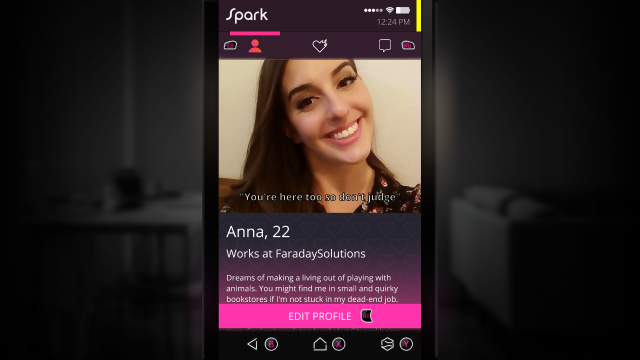 While also available on PC, Android, iOS, Switch and PlayStation 4, I played this title on the Xbox One X, a platform that prides itself on offering the best console experience on the market. It’s ironic, then, that I consider myself to have missed out on the superior SIMULACRA experience by not playing it on the —typically inferior for gaming— smartphone. Navigating a smartphone UI with an Xbox controller is clunky at the best of times and downright frustrating at the worst (that damn on-screen keyboard being the worst part). On top of that, staring at the blown-up smartphone display on a TV just about ruins any sense of immersion. A shame, considering most of SIMULACRA’s thrills rely on how it tries to come across as authentic.

SIMULACRA is obviously not a typical videogame. There’s not much to speak of in terms of gameplay (outside of a few “rearrange the word/picture fragments to decrypt the message” moments) and its story beats are experienced entirely through text messages, video-logs and the occasional —sometimes poorly acted— voicemail. Despite its shortcomings regarding the limited scope of the virtual smartphone, I can’t help but admire Kaigan Games’ attempt to bring a unique vision to life.

SIMULACRA (Reviewed on Xbox One X)

The studio clearly sees potential in the format as a storytelling platform, and I definitely want to see them refine it in the future.