I’ll preface this by saying that I went to an event to check this out, and wrote about the experience as well as a preview for the game. However, for this review I played a bunch more of it in the week leading up to release. I’m a fan of games that have you shooting people through a scope, and despite its flaws I did enjoy Sniper Ghost Warrior 3.

Sniper Ghost Warrior Contracts sees you heading to an independent Siberia, after it went to war with Russia to get it. You are known by the codename Seeker, and your handler is sending you into five areas to carry out five assassinations. And while you’re there, you might as well do a handful of other tasks that they want you to do (including more assassinations), right? There’s a briefing which acts as a loading screen, and will explain your contracts in detail. 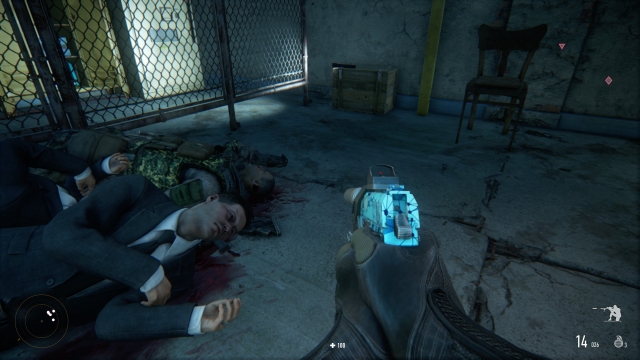 Shh, don't tell anyone you didn't see me

To aid you in your task, you’ve been given a special mask. It monitors what you’re doing, as well as providing you with a handy heads up display. Part of this display is the “dynamic reticle system”, which shows you a line of the expected trajectory of your next bullet. It takes some getting used to, since the previous game had a dot showing exactly where your round would hit. With this system, you need to make sure your rifle elevation is set up correctly. I’ve missed many shots because the target was 90m away, but the rifle was still set to 200m.

It’s actually pretty tricky to explain properly. Your scope has lines showing where the bullet will land, if the target is 100-500m away (depending on the scope), so if your target is between the 100m and 200m marks, and is stood 150m away it should hit. However, the line will show you what difference the current wind velocity will make, so you know to nudge your shot left a bit - or a lot. Huh, guess it wasn’t that tricky. 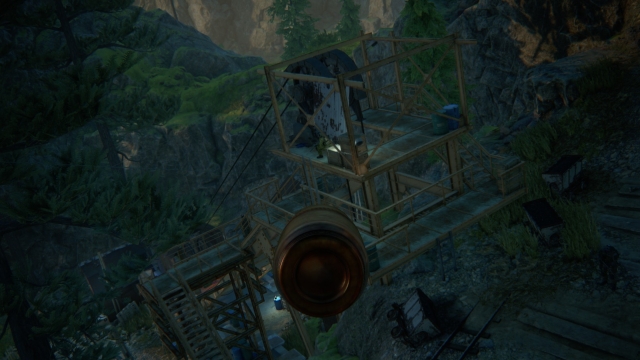 You can take whichever route through the game that you want, and complete objectives in whichever order you desire. At first you only have access to two areas, with the others opening once you’ve completed contracts in those. In total there are five areas, six if you include the training grounds which act as the tutorial.

Aiding you in your contracts are your binoculars, grenades and adrenaline boosters. Oh, you wanted more items? Yeah, you’ve got to unlock those using in-game money, kills and challenge tokens, or pick them up in the field. I hadn’t realised that the drone was an optional item until the third area, and outside of the first two areas it proved to be almost useless.

There’s nothing wrong with the drone itself, it flies a lot smoother than the previous game, and you can upgrade it to hack auto-turrets, or fire an EMP to fry electronics. Unfortunately, there are drone jammers (which aren’t mentioned until the fourth area, after you’ve encountered them…), which need destroying before you can use your drone to tag enemies again. In fact, said jammers make your ability to tag enemies useless too. You can still tag them, but after a few seconds the tag disappears so you have to tag them again. This makes setting up long range shots irritating, so I kinda wish they were only a factor in the harder difficulties. 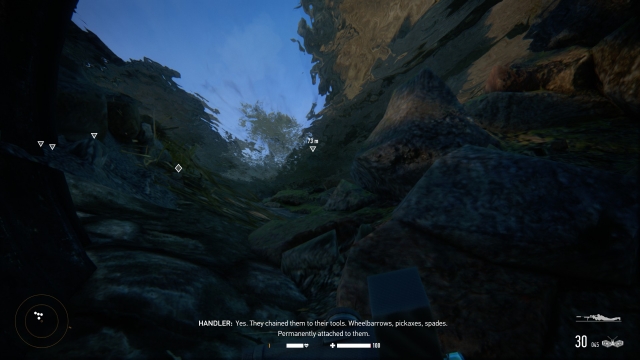 Here you can see I'm crawling underwater through a stream, apparently able to breath?

That’s one of the few issues I have with Sniper Ghost Warrior Contracts. It’s rather tied into the overall difficulty of the game, really, as the difficulty curve is more of a spike in some places. The checkpoints are not very well marked (or generous), so when you die and get put back to the start of a section with 15 guards you have to murder again, it’s more than irritating.

However, when the game is going well, it’s very fun. The objectives are varied, so it’s not just a bunch of kill missions. Each area also has a bunch of optional collectables to make some extra money, and the challenges are actually a challenge. It’s harder than you might think to blow up 10 enemies, and some of the objectives require multiple plays of the same section.

As well as the contracts (oh, that’s why it’s called Sniper Ghost Warrior Contracts!) and challenges, you will also come across two bounties in each area, put there apparently at random. These are bonus assassinations that just give you some money for upgrades. You have to be careful, though, as they are guarded by troops and snipers - and you’re not going to be the only one who’s after shooting the guy, and will need to kill him before your rival does - and kill the rival for good measure. 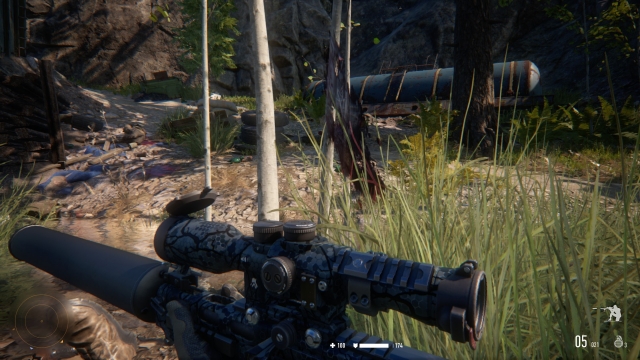 In my dozen or so hours with the game, the only similarity to the issues of SGW3 that I’ve noticed is the way you let go of ledges/ladders. Rather than just let go and drop, you jump slightly and let go. It’s not game breaking, and might even be down to CryEngine itself, but having it happen multiple times while trying to drop down a few ledges in succession is just weird. There are no drivable vehicles, since the maps are smaller, so you don’t have to worry about how those handle on the road.

Speaking of CryEngine, of course the game looks fantastic. Each area of Siberia is very well designed, and so long as you’re not trying to complete all of the contracts in 25 minutes (to complete a challenge), then you’ll be forgiven for getting distracted by the landscape. Even the insides of buildings look great, and what could have just been copy/pasted sections have their own looks and places to sneak around. One of my favourite visuals (because there’s something wrong with me) is the dismemberment. Use an explosive or heavy ammo, and you can blast someone’s limbs off to spectacular gore.

The incidental music is pretty good, but I was pretty bummed that they didn’t have any of the stereos I came across playing something, like they would in SGW3. The voice acting is also decent, but whether it was just the pre-release build I was playing or an actual bug, occasionally I’d alert a group of people 200m away, and hear them calling out an alert as if they were standing right next to me. Yes, it made me flinch every time... 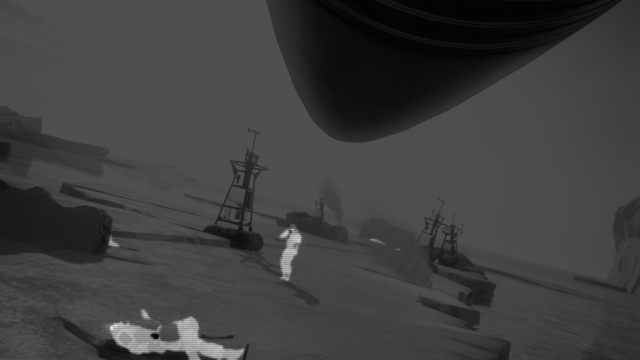 I forgot to mention the different viewing options the mask has

Sniper Ghost Warrior Contracts is a well made all-around experience, that will challenge and infuriate - but the life of a mercenary isn’t an easy one. Although CryEngine can be kinda janky, making enemies warp to different places (or disappear), the game looks great, filled with multiple routes every which way, and filled with more than just “kill, kill, kill”. It will take time to unlock everything and complete all of the challenges - and find every collectible - but you’ll have fun doing it.

Some sound and physics shenanigans don’t stop this from being a fun, if occasionally frustrating, game that goes towards redeeming CI Games for the previous game’s missteps.