Home Net Games, the developer of Space Commander describes it as a space-sim, aiming to offer an experience of being a space pilot. It contains many elements typical of the genre but also tries to put its own twist on it.

Space Commander is set in a familiar far future where humanity started colonizing the galaxy and there are three campaigns that will take the player through that world. Each campaign is a separate storyline with the main campaign also having a large, simple sandbox with side activities while the other two campaigns are more restricted combat challenges with scoring systems. 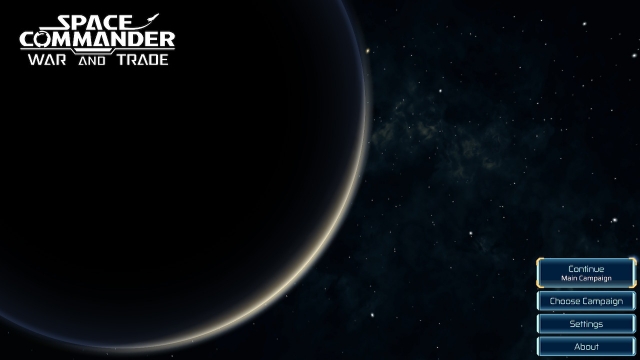 Easily, the most complete experience is the main campaign. It puts the player into the role of a new pilot who ends up involved in a conflict over a newly discovered wormhole. This storyline doubles as an introduction to the game’s systems, giving the player their first ships and unlocking more mechanics as it goes along.

The storytelling is very basic, consisting of travelling around the solar system and various combat situations with context given through text boxes of NPCs saying exposition at the player or at each other. It is also completely linear, offering no branching paths or alternative ways to solve problems. The story ends up not being very engaging but in addition, as far as I could tell, the story missions don’t have a time limit and can be put off indefinitely removing any urgency or tension they could have. The side activities end up being the interesting part of the game having more impact on the player, affecting how much money they have and in turn how powerful they are through new ships and upgrades. 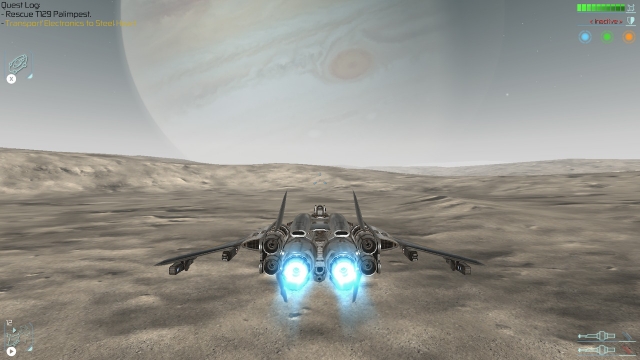 Unlike what is generally expected from the genre, piloting isn’t the main focus of the gameplay. Controlling a ship is very simple and has a very low skill ceiling. Instead, the player can have many ships each with a different strength and switch control to them at will while the other ones are controlled by AI. This allows the player to always have all the tools they need and use them strategically instead of having to spend time changing load-outs. Having a whole fleet at any moment at your disposal feels unique and quite engaging at times, using interceptors and fighters to outmanoeuvre lighter ships or heavy fighters and bombers to destroy mega ships. That said, this is mostly the extent of what you can do and it doesn’t always work out this well. The friendly AI can only be given simple commands and often strays far from the player getting itself killed or just making switching ships disorienting. Enemy tactics also never change, destroying enemies is as simple as rock, paper, scissors, and even if you do get shot down the game will just restart the battle. The combat ends up being interesting for a while but it is not deep enough to keep this up for long.

When not fighting, most of the time is spent on stations managing the fleet, trading commodities or picking up side missions. The ships need to be refuelled, repaired and restocked but quite often the station will do one of them for free when it detects it is particularly low. The fleet can always be expanded with a variety of models and all of them have upgradable stats and customizable appearance. To get the money needed for maintaining the ships the player can engage in trading commodities between stations, buying items that are in supply and selling them somewhere else where they are in demand. Occasionally there may be supply missions which let the player sell specific commodities for a high price which is easily the fastest way to make money. Other mission types like transporting, escorting, destroying pirates or piracy aren’t as profitable but can be done for specific organisations in order to increase your reputation and in turn get better missions. Unfortunately, all of the missions are pretty similar involving either fast travelling around or fast travelling and then destroying all enemies. 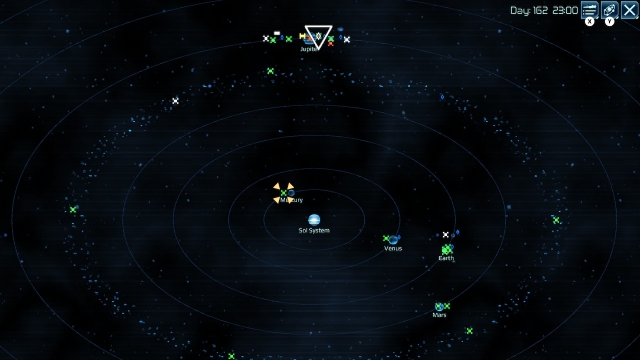 Aesthetically the game is leaning mostly towards realism with some light stylisation making it look similar to visual novels or '90s drawn movie posters. The game is usually good at fitting into the graphical limitations of the Switch, rarely suffering from having too little detail. Assets seen in the foreground are good quality and fit the setting well with ship designs and character portraits being the stand outs.

Space Commander’s UI is the roughest part of the game. Visually it is a bit too simple, looking a bit like a placeholder and at the same time it is often overcomplicated or just difficult to control. The perfect example is the map which doesn’t give the player a cursor to move around instead requiring them to awkwardly try to point in the right direction with a thumbstick. Besides cases like this the ship HUD often blends in with the action.

In terms of audio the game is generally good, giving appropriate feedback for various actions and the music helps to create a lonely and mysterious atmosphere of space. Sometimes the game feels a bit too quiet with ships making almost no noise but most of the time the audio suffers because of constant pilot chatter which is noisy, repetitive and distracting.

Space Commander is a competent game, with many features and some innovation, turning focus from piloting one ship to managing and controlling a fleet. It can be engaging but unfortunately not for long as it is just too simplified and lacks in variety, depth or challenge.