If you own an Xbox console with Game Pass, you may have noticed in the perks section a special offer to get a copy of the new Space Jam: A New Legacy until the movie comes out in theatres in mid-July. If you don’t have the perk for it don’t worry, on the 15th of July it will be available for everyone to play. This game has the feel of an arcade game from the ‘90s, so if you have an hour to kill that will definitely be enough to get through this title. 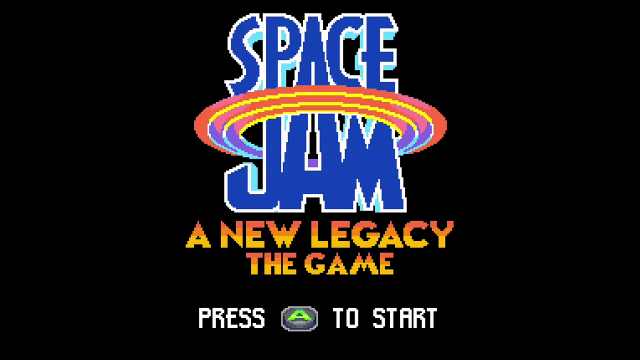 Growing up I loved the old Looney Tunes cartoons and the original Space Jam movie that combined the great animation from the cartoons with live action characters. The star being Michael Jordan but it also had appearances from other well-known basketball players and even Bill Murray. There was a movie-tie-in game available on the original PlayStation and Sega Saturn that had you playing basketball against the Monstars. 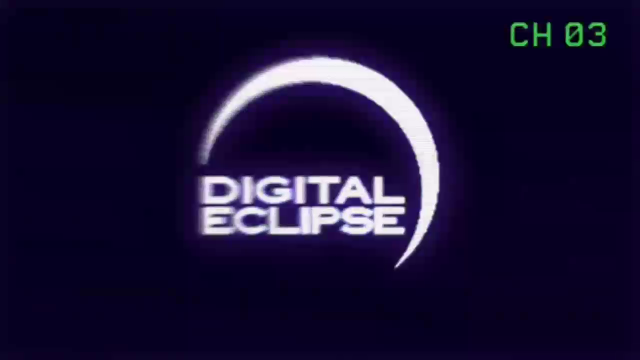 Fast forward 25 years later and we are now finally seeing the release of a sequel called Space Jam: A New Legacy. Taking on the role of the star basketball character we have LeBron James. Once again there is a game, but this one is being released ahead of the movie release if you happen to own an Xbox. In the film, LeBron James and his son get trapped in the digital world because of a rogue AI. If LeBron wants to get home, he has to team up with Bugs Bunny and the Tune Squad to defeat the Goon Squad, made up of powered-up digitised basketball champions. The Goon Squad is run by Al-G Rhythm played by Don Cheadle. Seems weird to see him as a bad guy since we have last seen him as War Machine in the Avengers movies. Space Jam: A New Legacy is a side-scrolling beat ‘em up that reminds me of games like TMNT: Turtles in Time. The graphics look like a title you would have seen on the Super Nintendo. You have the choice between three different characters; Bugs Bunny, Lola Bunny and basketball star LeBron James. Each of the characters has their own special attack to use against the robot enemies. I was Lola Bunny, primarily because Zendaya does her voice and she’s awesome. Lola has an attack that uses a punching glove that expands out and retracts after, and she can use a big attack that makes a cartoon safe fall on top of her and hits every enemy around her. Don’t worry, she doesn’t get hurt, Lola just shows up in the safe when the door opens. Her teammate Bugs has punching gloves and a spinning punch attack and for LeBron, he uses his brute strength to punch and elbow the enemies while channeling his power with energy swirling around him for his special. 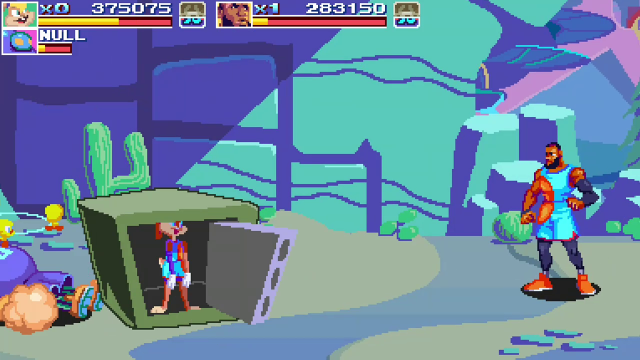 Each character has their choice of a card to carry. These cards give you special power-ups to use when your meter is totally full. The two I personally tried were the card where Granny gives you a bunch of food to replenish your team’s health. And Taz the Tasmanian Devil’s card does a rampage attack that has him spinning around like a cyclone that will hit all the enemies that are on the screen. There are eight of these cards to collect that you unlock while playing through the level and different difficulties of the game. 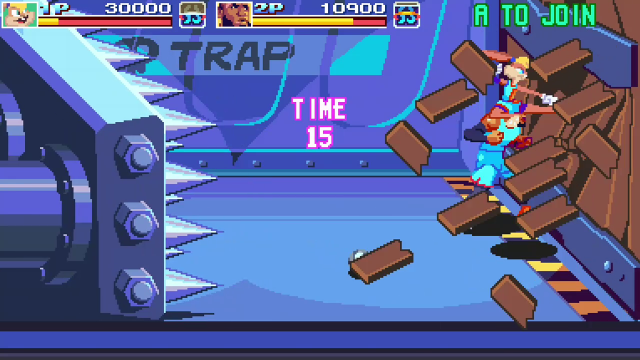 Space Jam: A New Legacy supports up to three players local with you all working as a team against the swarms of robots trying to get you. The first level starts with a quick tutorial showing you all the moves you have available to beat the robots. As soon as you complete this the floor opens underneath you dropping you down to a quick bonus stage. Break the multiple doors before the spikey wall squishes you to earn 50,000 points. Once you get through this stage you start the pyramid level full of sand, sarcophaguses and scarab beetles. After a couple levels, you will find yourself on a foreign planet heading towards the headquarters of Al-G Rhythm, complete with its own vending machines. 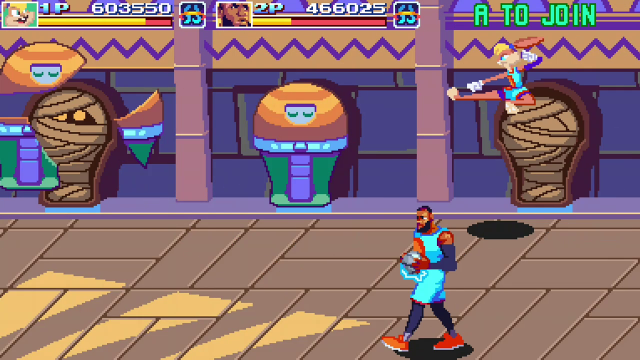 The look of the game is what you would expect for a modern-day, retro-inspired title. The colours are super bright, the pixel characters look great and they did a great job capturing the likeness of LeBron James and his enemy Don Cheadle. Music-wise the soundtrack wasn’t groundbreaking, but it was upbeat and fit the action in the levels. 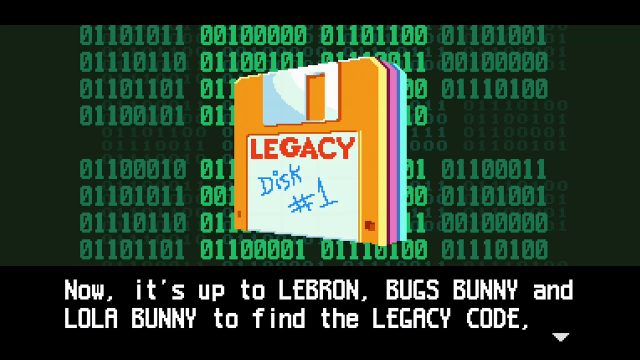 Overall I had a great time playing Space Jam: A New Legacy, especially when I played as a team with my kids. It only took us 40 minutes to complete the game, but we want to go back and challenge it again to improve our score and not get any game overs. We happened to get one since at one point we died at the same time. The harder difficulty is also available if you want a tougher challenge. This game is a ton of fun and a must-play for anyone who loves beat ‘em up titles, I just wish it was longer. I didn’t want the fun to end so fast!

Space Jam: A New Legacy - The Game (Reviewed on Xbox One)

Space Jam: A New Legacy is a super fun arcade-style beat ‘em up starring your favourite Looney Tunes characters and LeBron James teaming up to take down Al G. Rhythm. Highly recommended if you enjoy local multiplayer games, but it is pretty short so don’t expect something that will last a long time. 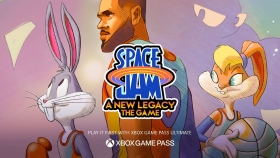