In all my years of gaming I don’t think I have ever played a more fast-paced game than Speed Limit. The action is never-ending and you are always on the run; if you don’t, you will die. I’m not sure what the main character in Speed Limit did, but it must be something bad because everyone is out to get him. There is no story in this game, but there really doesn’t need to be. The concept is simple: don’t die, kill the enemy, and complete the game as fast as you can. When you die, which happens a lot, the game rewinds to the last checkpoint and you try it again, and again, and probably again. This game is so hectic and full of action, it will probably take a couple tries to memorise what is coming at you and from where. 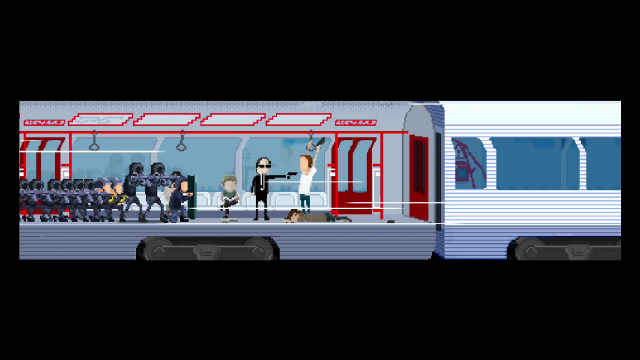 Speed Limit doesn’t limit itself to just one genre. Once you figure out the mechanics for one, it will seamlessly switch to something totally different. You start off running and gunning down enemies on a subway train, but soon you jump into a convertible and are speeding down the highway avoiding enemy cars and oncoming traffic. After that it changes to motorcycles where you have to keep your speed up so the enemy vehicle right behind you doesn’t run you over so be sure to take the corners as fast as you can. Speed Limit is an intense game and requires a lot of split-second reactions. There is no time to think and analyse what is going on; if you do you will surely be dead. 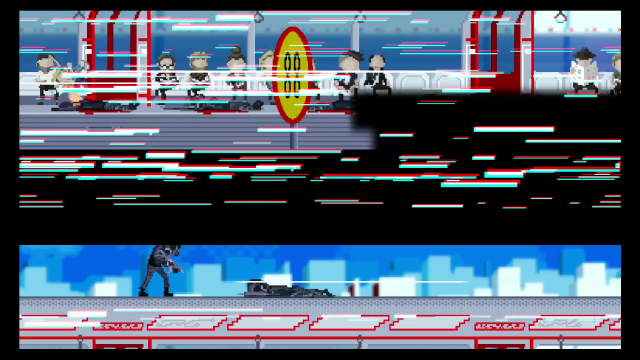 Get comfortable with dying, because Speed Limit will definitely be rewinding your gameplay a lot. In my first 25 minutes of playing, I managed to die 120 times. At least when you do die, it takes just a second to get you playing again. There are no load times, which is great when you just want to get back to the action and try that area again. It is incredibly addictive and keeps you thinking just one more try over and over again. When you do have to stop playing, the game allows you to continue playing on any of the sections you have previously played. 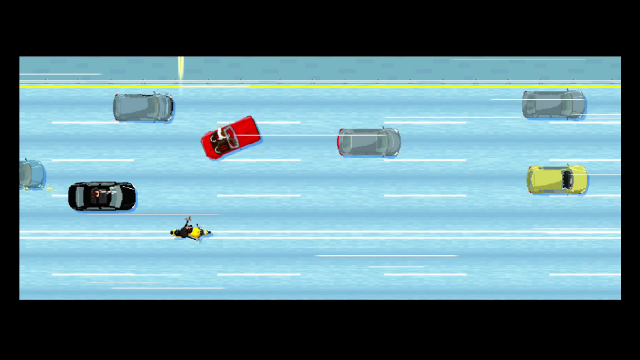 Speed Limit offers an Easy and Normal mode to choose between, the main difference being the amount of enemies on the screen coming after you. My first playthrough was done on Easy, but now that I know how the game works I am challenging the Normal mode to test myself and to unlock the other in-game achievements. There are 32 different achievements to earn between the two difficulties, so of my favourites include OST Of the Year- Enjoy the elevator music for 10 minutes or You can’t Swim!- Land in water and drown. When I completed the game the first time I had only unlocked six of these achievements, so I just had to play more and work on getting the others. 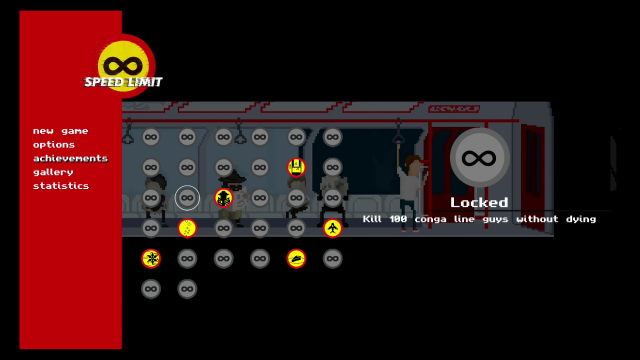 The visuals in Speed Limit are great, especially if you love retro pixel graphics. There isn’t a ton of detail, but that makes sense, you are going so fast you wouldn’t be able to enjoy them anyways so what is the point. The music is catchy and changes based on the genre you are currently playing. It is always upbeat and high tempo to match the intense action in the game. Unless you pause the game to go into settings or you have to step away, that’s when you will hear elevator music, which is incredibly fitting. Controlling your character is also pretty simple, you have a jump button, shoot button and just the thumbstick or directional pad, which is nice since you have to react to what’s happening so fast. 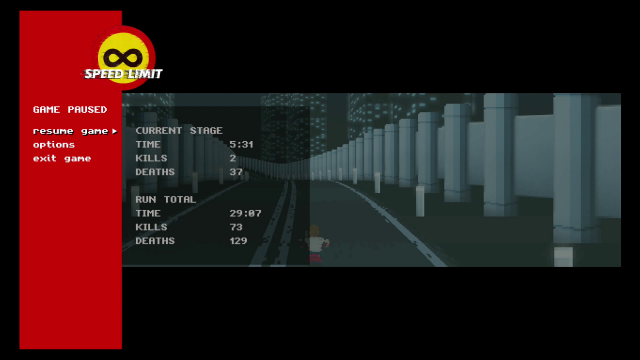 Speed Limit can be a short game, but this makes a lot of sense since it is an arcade style game that just wants you to speed run and go as fast as you can. I enjoyed this game so much! I am also happy that the main character apparently knows how to drive and operate any kind of vehicle thrown at him. It was so fun to see how the game was going to amp up the action with every chance of genre. At one point I was thinking "how crazy can this get? Am I going to be controlling a massive robot in the next genre switch?" I don’t want to ruin any more of the game because it’s so fun being surprised. But I do know that I want everyone I know to try out this game so we can compete on who can get the fastest time and least amount of deaths. This will definitely be a game that I am going to get so much use out of, it’s one of my favourites out of the games I have played in the last couple years! 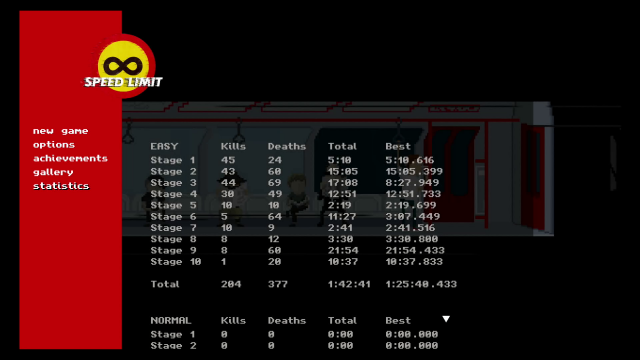 Speed Limit is an incredibly fun, intense, action-packed game that never slows down, it always keeps you on your toes. It is amazingly addictive, and has a great old school feel with the graphics and gameplay. This is a must play game for everyone!