Most of us are still waiting on our Hogwarts letter, in absence of that we could always just…build our own magic school? With blackjack and hookers! Maybe a few magical explosions, orc attacks and/or taxes. In Spellcaster University it’s a race against the forces of the Dark Lord to build a prestigious (just kidding, it doesn’t have to be prestigious) university before you must flee from the horde.

Balancing the various factions can get quite entertaining between the bowing and the scraping towards the king and earning the respect of the orcs. Maintaining good relations has its benefits. You can even cosy up to the Dark Lord in hopes that he’ll slow his army’s movement towards the school. Just get ready to handle all the kingdom’s problems while balancing all the needs of the various factions. 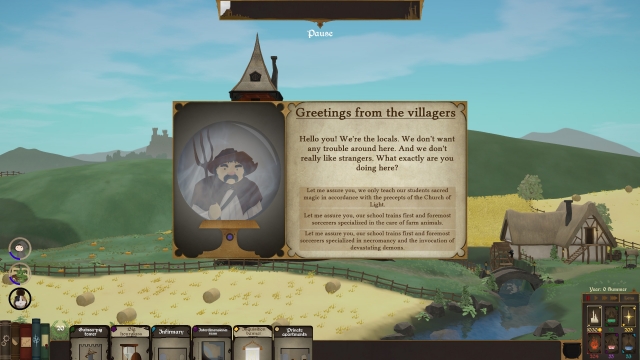 Planning can get a bit haywire due to the card system, you are truly at the mercy of the RNG gods. Perfectionism isn’t something you can strive for which does conflict with the structure of the game. It is frustrating at times from a strategic standpoint to constantly be unable to achieve various goals due to pure chance. A nice adjustment would be to allow the purchase of basic/necessary rooms rather than having them as a random draw and at the very least allow you to delete misplaced rooms. With all that magic they must have at least one spell capable of blasting stonework.

The room designs are quite cute and quirky, zooming in and watching your various students, teachers and creatures wander around is a pleasant distraction. At least it’s not you who has to deal with the magical storms and temporal portals, your teachers don’t get paid nearly enough but they’ll handle it regardless. The room designs are adorable, especially the stables with the little unicorn/guinea pig creatures. 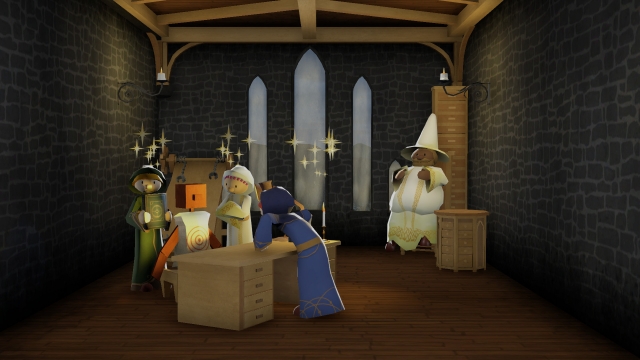 Unruly students are definitely a thing but luckily there are multiple options to deal with them. Amongst your choices are throwing them into prison, locking them up in chains or burning them on a pyre! Well…you can only really throw them in the prison but you get the chains and pyres to decorate your school with. The threatening aura they have reminds the students that if their toes step over that line you have the facilities. You even get your own Argus Filch with the janitor's room! Get lucky enough to pull a witch’s cat card and boom you even have Mrs Norris.

The UI is a bit lacklustre though, it’s missing a lot of key features that would make for a more enjoyable experience. They’re really missing visuals for various stats and ways to make information easier to see and track. On top of that the tutorial is also lacking and much of the game’s mechanics just end up being kinda guesswork. While some kind-hearted souls have made guides, there just isn’t enough information on the minutiae of Spellcaster University. 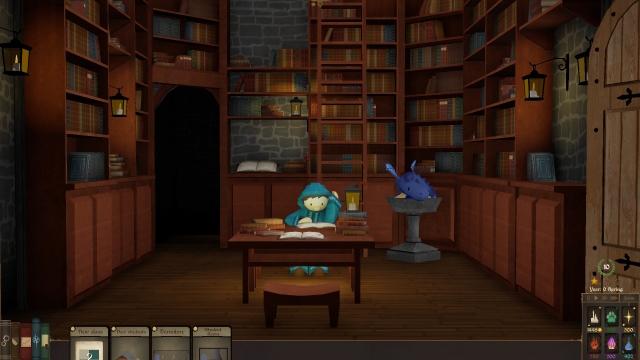 There are no game-breaking bugs and its quirky nature makes it a uniquely fun game to play. The music is quite upbeat and fits well with the theme. There’s definitely room for improvement, a lot of quality-of-life changes that could be made. This charming indie title from Sneaky Yak Studio is well worth a playthrough.

A cute and quirky management sim with lots of character. Lacks some polishing but is quite well done otherwise.