Based on old school pulp magazines and set at the height of their popularity in the 1930s, Strange Brigade is a co-op zombie shooter title starring a group of supernatural explorers. The story takes us to Egypt, as our titular heroes explore ancient tombs, caverns, and desert lands in search of loot. It’s all very much like Tomb Raider or Uncharted. This is a much more tongue in cheek title though, with the over the top colonial joviality that you’d expect from a game inspired by adventures like Biggles and Doc Savage. Voice acting is brash, stereotyped, and there’s so much ham that it’s probably not a game suitable for vegetarians.

From the opening moments, you know that you’re in for a rather eccentric experience, narrated by an old-school english toff reminiscent of Stephen Fry’s Blackadder characters. He introduces our four characters, all of which are lampooned caricatures. We have Masai warrior Nalangu Rushida, Lancashire Lass Gracie Braithwaite, British archaeologist Professor Archimedes de Quincy, and a rather familiar-looking British Marksman Frank Fairburne, presumably a reference to the Sniper Elite character. There is a world of difference between Rebellion’s most successful series and this though, as Strange Brigade is much more about close combat. Your task is to destroy waves of zombies, skeletons, mummies and other ancient beasties as they try to protect the artifacts you are there to acquire. With levels being regularly swamped with hundreds of enemies at a time, this isn’t a game about careful timing of precise headshots from afar, but about jumping into the fray and peppering bullets everywhere.

A lot of effort has clearly gone into Strange Brigade’s graphics. With the settings on ultra, it’s got some really lovely vistas and character animation is smooth and lifelike. One thing that I think deserves praise is the implementation of both DirectX 12 and Vulkan in the same game, both with multi-GPU implementation. This is not only the first game to support both from launch, but also the first game with SLI and Crossfire support in Vulkan. Multi-GPU Vulkan was definitely my favourite of the two options, with the game having a near-enough identical frame rate in Khronos’ API compared and Microsoft’s on my SLI machine.

The campaign mode has you following a trail of clues left behind by a failed previous expedition over nine different maps, all of which are full of treasures, weapon upgrades and simple puzzles to find extra loot. The puzzles aren’t anything overly taxing, usually just a case of find a combination displayed somewhere and enter it into a door lock, or a Pipe Mania style puzzle akin to the original BioShock’s hacking minigame. It’s playable solo or with up to three friends online. Playing solo is much more satisfying than a lot of online shooters like Overwatch as there are no bots. Instead the levels are tweaked to be playable alone. The game really comes into its own though when you’re in a party, with the levels expanded to add a challenge fit for a group. I’m not usually a huge fan of online play, but even I preferred playing with other players. The nature of the game being entirely PvE probably helps, as there’s no competition to bring out the worst in people. 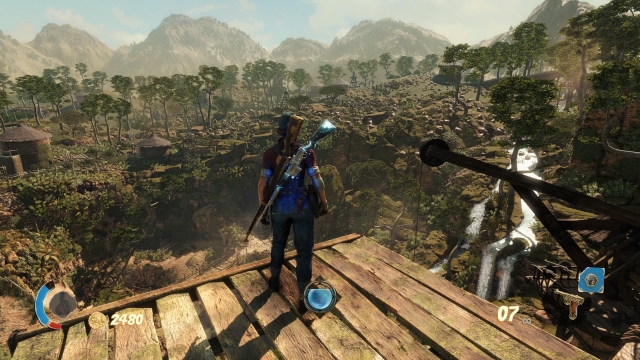 Once you’ve had your fill of the campaign maps, there are two other modes, a score attack mode and a horde mode. Score attack has you following a trail leading to a boss (or multiple bosses if you are in a group) with hundreds of enemies to eviscerate along the way. You’ll build up combo bonuses as you go via a multiplier that increases on successful kills. Keeping a short time between your kills is the key here as that combo meter will start to go down the longer you go without destroying a zombie. Horde mode puts you in an arena and fills it with enemies in waves, challenging you to see how long you can go without dying. This mode is a lot of fun, however it seems to literally go on forever. I spent an hour playing the same game on multiple occasions, with sessions ending generally because of everyone else disconnecting. I’ve heard reports of one player in this mode of a full seven hours. I would have preferred an ultimate goal to this mode personally. As fun as it is, if you’re in a good team and you’re too polite to just leave, then you could end up spending the rest of your life playing the game.

Loot distribution is a bit of a sore point at the moment too. Loot is stored in chests around the game area, and there’s no sharing between players, so it’s not uncommon to see one player hoover up all of the gold while the rest of you are busy slaying the undead. This is something that could be easily addressed in a patch however, and the loot doesn’t come with you outside of the match, so it’s not a major issue. This lack of character progression is something that makes the game a bit more accessible, and is quite a clever move from Rebellion. If your friends start playing three months after you, they will be able to jump into a game with you right away without having to worry about climbing a ranking ladder or unlocking all the good weaponry. 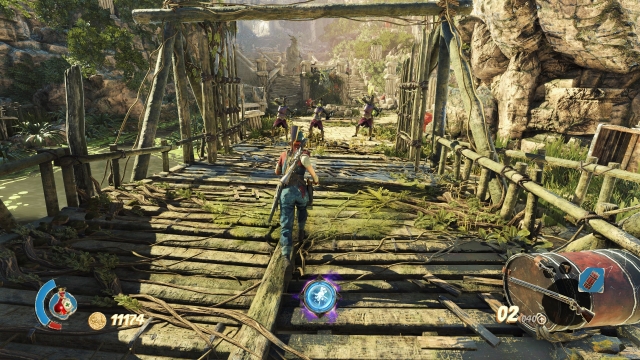 That accessibility does cause an issue long-term however. With no character progression or levelling system, it’s hard to see what will keep players returning. Rebellion have announced that there will be additional content coming, with a season pass already available and the first weapon pack already on the Steam store ready for purchase. Only time will tell if players keep going, but for now at least, there’s enough to make it worth playing.

I wasn’t expecting a huge amount from Strange Brigade, but what I got was a really enjoyable experience both offline and online. This was a pleasant surprise, as generally I’m not someone who would usually play online if I can avoid it. The fact that even I preferred playing online speaks volumes about Rebellion’s efforts in making a game that’s best played in co-op. There are a few things that could have been done better, but nothing that can’t be overlooked. This is one of my favourite multiplayer games in a very long time. 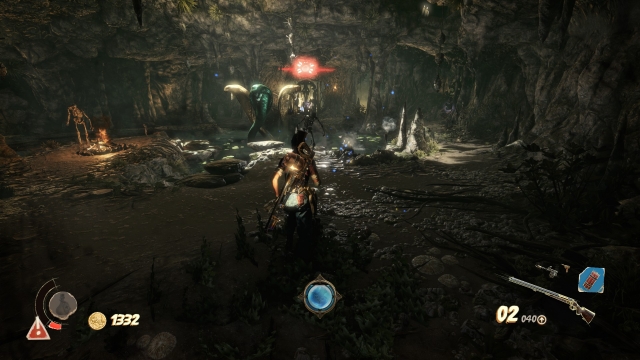 I wasn’t expecting a huge amount from Strange Brigade, but what I got was a really enjoyable experience both offline and online. This was a pleasant surprise, as generally I’m not someone who would usually play online if I can avoid it. The fact that even I preferred playing online speaks volumes about Rebellion’s efforts in making a game that’s best played in co-op. There are a few things that could have been done better, but nothing that can’t be overlooked. This is one of my favourite multiplayer games in a very long time.