When you think of WWI first-person shooters, EA’s Battlefield 1 is usually the first to mind. However, the year before Battlefield 1’s release, M2H and Blackmill Games released their historically accurate shooter, Verdun which received a mixed reception but still retains a core fanbase of loyal players. This year, M2H and Blackmill are back with a successor to Verdun titled: Tannenberg.

This time, the multiplayer shooter focuses on the Eastern Front of the First World War and feels completely different from its predecessor. Tannenberg opens up the gameplay in comparison to Verdun’s claustrophobic trench-based warfare. This is primarily due to the new Manevure game mode, which is similar to Battlefield’s Conquest. Each team has to capture specific locations on the map while killing enemies and reducing their victory points. The more sectors held, the quicker the other team's victory points deplete. 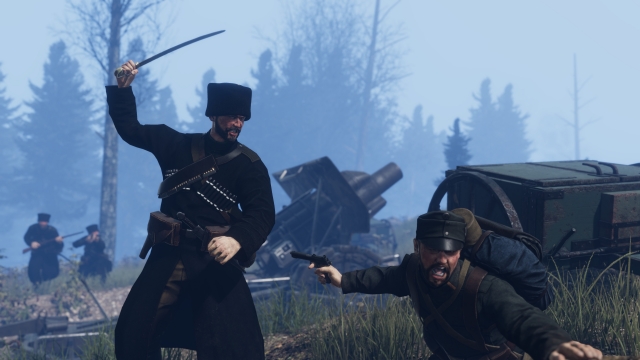 Capturing and holding sectors also provides a small bonus to the team. This ranges from quicker spawn times to the ability to call in artillery or gas strikes. These benefits can quickly stack up and can turn the tide of the battle in an instant. I found the mustard gas to be especially irritating when trying to defend an objective, as it obscures your vision as well as depleting your health, forcing everyone out of the trenches.

However, one area that lets Tannenberg down is its class system. The game offers up a number of different factions to play as from either side of the war - each with their own role to play. Each faction also has its own unique perk. The Cossacks have more stamina, and the Frontoviks have slightly quicker reload times, but these small differences are not really noticeable.

Within these factions are four different classes: NCO, Rifleman, Gunner and Grenadier. They all sound different but essentially are all the same, with similar rifle based loadouts. The exception being the NCO who can call in artillery and give orders. Again, each class gets a small perk in terms of experience points gained for certain actions, but it’s negligible. 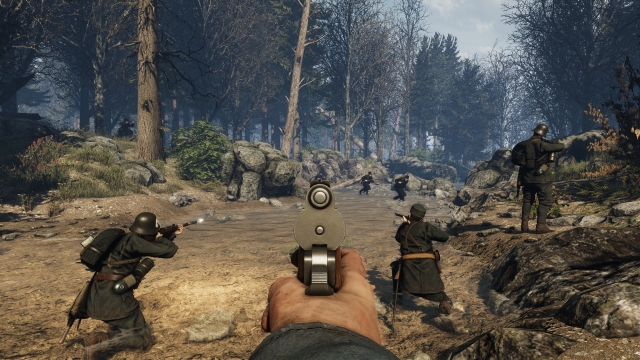 The primary choice of weapon in Tannenberg is the rifle. There are no automatic weapons other than a few machine gun placements dotted around the map. At first, I wasn’t too sure about the decision to stick with just rifles, but after the first couple of hours and finding the rifle that best suited my playstyle, I found it incredibly rewarding to sit back from the action with the massive one-shot Martini-Henry rifle and snipe enemies from afar. The gunplay is a lot of fun once you get used to it. With only rifles being available, it can lead to some intense situations. I often ran over the top of a trench to find an enemy player who had just emptied their weapon, with me not realising mine too was empty, so it quickly became a fight to see who can get their rifle loaded the quickest and get off a shot.

One of the main gripes I had with Tannenberg however, is the player base and the bots. There simply aren’t enough players to fill a full 64 player match - you’ll be lucky to get half of that number. The rest of the team are made up of bots, and at times, these bots can feel a little overpowered. They seemed to home in on me and have the ability to see through trees and thick smoke. Sometimes it can feel a little cheap dying to a bot compared to a real player. 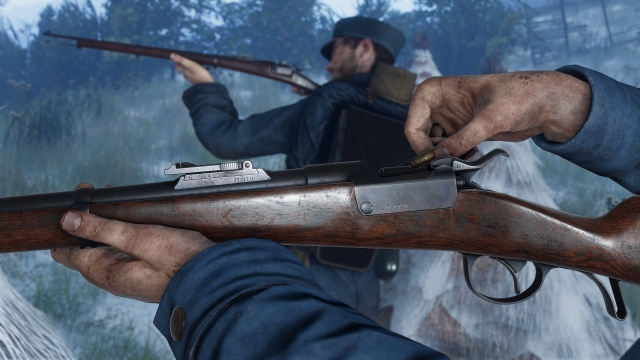 Graphically, Tannenberg looks fantastic. Maps are varied in their terrain and features; from intense, claustrophobic forests to countryside villages and wide open fields, the maps are detailed and varied enough to keep players coming back and to keep things interesting. I especially like the Roumania map which is full of hilltops and trenches and often results in potent and exciting firefights along chokepoints.

Overall, Tannenberg is a great realistic first-person shooter, which at times, can feel incredibly rewarding. The gameplay, the feel of the guns and the variation in the maps all add up to create a fun experience. However, small gripes such as the class system not really being varied, the lack of players and cheap shots from bots do hold Tannenberg back somewhat. If you can overlook these small setbacks, and take the time to figure out which gun works for you, you’ll thoroughly enjoy this game.

If you're looking for a first-person shooter that is slightly different from the standard run of the mill FPS, Tannenberg is the way to go. Gameplay, the feel of the guns and map choice is all solid and makes for a great experience, but Tannenberg is held back by its lack of players and a mediocre class system.