There are very few games that capture the essence of on-screen drama. Many craft their own stories and plotlines, enabling them to link both the setting and gameplay in a way that is unique to videogames. Yet, it seems that when it comes to taking an established TV name and turning it into gaming gold dust, Telltale Games has the Midas touch.

The Game of Thrones universe offers such a rich tapestry of lore and history that Telltale would have been forgiven for going with the crowd and focusing their series around the principal players of the books and TV show. Yet, in refusing to do so, the developers have created a cast of characters every bit as deep and impactful as the familiar faces every Game of Thrones fan would recognise. 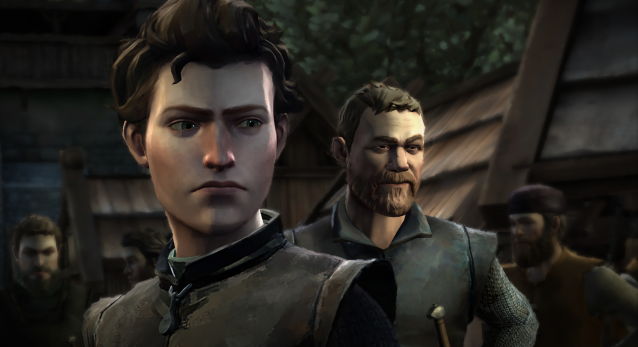 In this, the first episode of six, players are introduced to House Forrester, a house sworn to the North and to King Robb Stark. The family is well-regarded and well-placed socially and economically thanks to their cultivation and trading of the sturdy “ironwood” that grows in their forests. You take on the role of Gared Tuttle, squire to Lord Forrester, Ethan Forrester, the lord’s son and Mira Forrester, one of Margaery Tyrell’s handmaidens.

There had been some concerns upon the game’s announcement that the cartoony cel-shading that typifies Telltale’s games would not fit well within the Game of Thrones universe. It seems that the company has agreed somewhat, and the hard lines and deep colours of The Walking Dead are gone, replaced with a more nuanced art style.

The game’s voice-acting is at an exceptional standard. Each new character is voiced convincingly and with emotion – northerners all have that familiar Yorkshire twang while those in King’s Landing enunciate their words in the Queen’s English (or Westerosi in any case). Actors from the show read their lines with passion and conviction – there seems to be no sign of exasperation at having to do a TV tie-in. 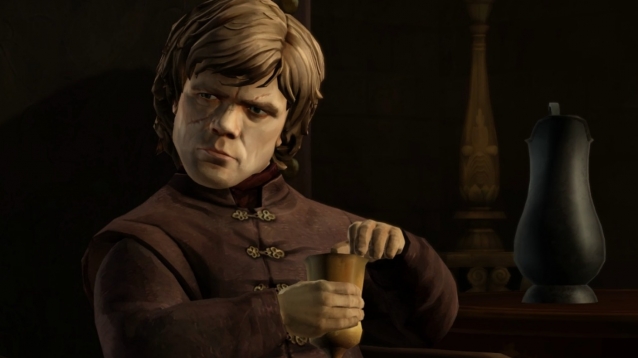 As with many Telltale games though, there is on occasion poor synchronisation between the spoken lines and the character models. When a character is shouting in anguish, for example, their mouth barely moves wider than if they were speaking normally.

Though more of an interactive story, there are plenty of scenes in the game that require you to be at your keyboard – QTE are scattered here and there to test you. On occasion these merely change the way a scene plays out. Some, though, will bring your journey to an abrupt (and often gory) end; Valar Morghulis, after all.

The decisions the player makes are, as ever, crucial to the progression of their particular and unique story. Some are simple enough and result in no major changes. Others will cause characters to grow angry, jealous, resentful or distant. Decisions have to be made within a time limit; many times a player will have no extra time to think through their response than if they themselves were being grilled by Cersei Lannister or trying to worm their way through the intrigues of the King’s Landing court. It is a testament to the game’s writers that many times throughout the game I was almost pulling my hair out deliberating what to say. 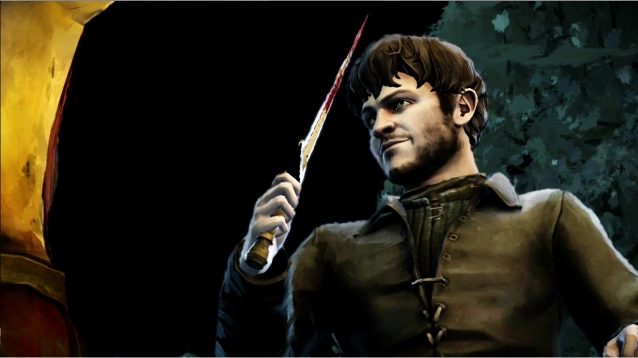 It is the story that drives the game, and you would have to look very hard for a game that delivers as fully as this one does. From minute one I (admittedly a massive Game of Thrones fan) was hooked. At times I realised I had just been sat there dead-eyed with mouth agape – too involved in the story’s telling to remember to blink.

The Forresters, though a minor family, find themselves (through no action of their own) thrown into many of the major events in the Game of Thrones series. You will meet and interact with a number of major players in the universe, and each is a unique and thoroughly enjoyable encounter. It’s the central characters that steal the show, however – even considering the game’s short nature (around 2-3 hours of game time) each is thoroughly fleshed out, voiced and alive.

There had been a few worries when Telltale announced that they were going to tackle Game of Thrones. With the release of this first episode, though, they have proven that they are more than up to the task of creating a vivid realisation of the Westeros that has found global popularity. All that’s left now is to wait on the edge of your seat for the next five episodes; I know I am.

Game of Thrones - A Telltale Games Series (Reviewed on Windows)

Tellale Games have proven that they are more than up to the task of creating a vivid realisation of the Westeros that has found global popularity - as with their previous titles, everything they touch seems destined to turn to gold.

I have enjoyed most of their games, so this should be pretty awesome. :)

I caught myself sat there with my mouth agape multiple times playing this: I can't wait for the rest of the episodes.