The Uncertain: Light at the End Review

Have you ever played a comically bad videogame? I’m talking about things like Ride to Hell: Retribution, terrible all round but with moments that just leave you in hysterics as you wonder how it even wormed its way into a full game release. The Uncertain: Light at the End is not like that, it’s a painful experience. An experience where you wonder why most, if not all of the game, made its way into a full release.

At its core, The Uncertain is a bland experience, with very little adding excitement or humour to your playthrough. The story centres on deranged robots that have forced the remaining members of humanity into hiding. Whilst scavenging for any survival essentials, our young hero, Emily, is contacted by a robot who has yet to receive the update that ruined life as we know it. With said robot promising to help the resistance, it’s up to Emily to direct her dysfunctional survival colleagues towards their new robot friend. 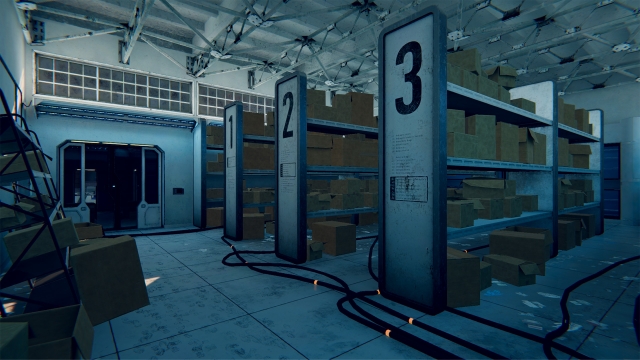 Whilst not massively original, the premise of the game is an interesting one. I liked the setting, and the direction of the story. Although it doesn’t deliver a stellar performance, it’s mostly let down by the cast of characters. At times, it honestly seems like this group of survivors are trying their absolute best to not survive. Constantly arguing, bickering, it’s frustrating watching anything with them involved. Obviously it’s done to show the tension between the characters, but ultimately you just end up disliking them all.

Away from the story, the gameplay is another head-scratcher. Clearly inspired by The Telltale Games of years gone by, The Uncertain really struggles to create an engaging game. Admittedly, that is mostly caused by the story. With the story itself falling flat, having gameplay based around enjoying the narrative forces the game into a corner when that narrative falls apart. 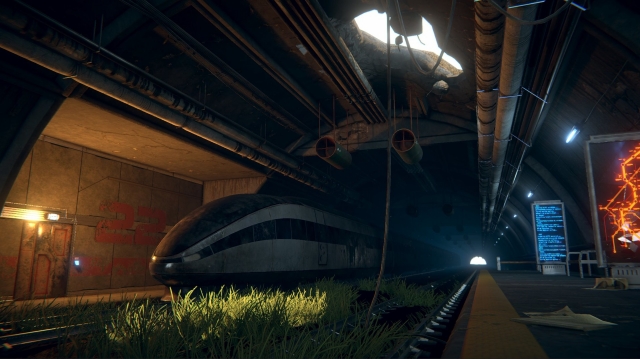 Which is a shame, because the gameplay isn’t poor by any means, it’s adequate. Yet, having to interact with this world becomes more of a chore the further in you get. Everything is meaningless, and forcing yourself into various rooms to be given little tidbits of interesting lore just has you begging for the robot revolution to happen as quickly as possible. That’s before you even get into the branching dialogue tree. Of course, I’m not asking for a thousand endings with a huge branching story, this is a small studio after all, but having to choose between ‘avoid answering’, ‘stay silent’ or, ‘keep silent’ was a window into what to expect going forward.

There are some issues in regards to the games bugs, but a lot of this has been fixed in a recent update. Every level of the game seems to have one or two minor issues, but there’s nothing glaring. Pre-patch, the game was reported to have some serious issues, with some characters appearing cloned in multiple areas and general crashes. Thankfully, it seems a lot more polished now, but those first impressions will likely be long lasting for those who had already played the game. The Uncertain’s issues are clearly present from the game’s openings. It sets a low bar for the game, yet, despite an otherwise short story, the game manages to continually dip below that already low bar. Most frustratingly about The Uncertain is, most of its issues could be resolved if it had a bit more time in the oven. This game isn’t broken at its core, it’s just unpolished and screaming for some quality assurance - or at least someone who cares about what QA has to say.

Even in the visuals you can see the inconsistency of the games development. The majority of the environments in the game are crafted well, and the game is genuinely nice to look at. Of course there’s a caveat, as there always seems to be with The Uncertain. Despite the well-crafted environments, the character models are completely lifeless. There’s a vacant look to them all, it’s uncanny. Ironically, in this game about robots slaying humanity, the remaining humans are the most robotic thing in this futuristic world.

Despite starting with an interesting premise, The Uncertain: Light at the End completely falls apart after about ten minutes. Lifeless characters slot into an empty world with a pointless story. That, combined with gameplay that relies on the narrative and game world being interesting, leaves this four hour long game feeling like you’ve run the London Marathon there and back. It’s pretty fair to say, there is no light at the end for The Uncertain, just the sweet embrace of the game's closing credits.

The Uncertain: Light At The End (Reviewed on Windows)

The Uncertain: Light at the End is a game that interweaves everything through its narrative. Sadly, that narrative is frustratingly tedious, meaning the rest of the game’s building blocks fall apart without a strong base.

The Uncertain: Light at the End Reveal Teaser

The Uncertain: Episode 2 - Light at the End Trailer

The Uncertain: Light At The End