The Wolf Among Us: Episode 3 - A Crooked Mile Review

As always, we aim to keep our The Wolf Among Us reviews spoiler free and safe for all readers, so as not to spoil your enjoyment of previous episodes.

Things begin very dramatically in The Wolf Among Us: Episode 3 - A Crooked Mile, with the initial pre-credits sequence setting the scene with a meaty combination of drama, tension, emotion and violence. It’s a solid and exciting start to the middle episode of Telltale Games’ series, and it’s a shame that the rest of the instalment fails to keep the pace from this strong opener.

It’s a pity, as this initial sequence contains everything that Telltale do best. The dialogue is extremely strong and the setting is particularly emotive. Perhaps most importantly, there is the sense that your dialogue and action choices at this point will have significant consequences, but it’s not easy to judge exactly what those consequences will be in such a volatile situation. 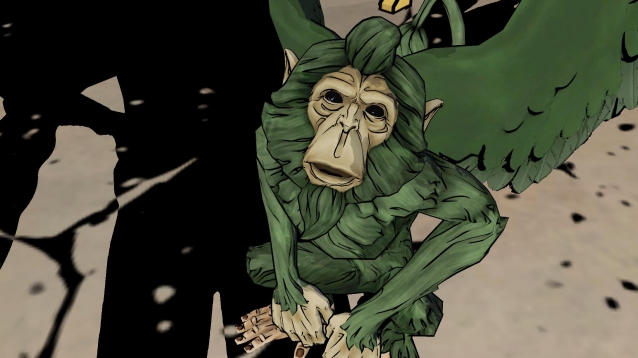 This kind of ambiguous decision-making was the strongest feature of Episode 2, where choices were not as signposted and tended to reflect more on the character of the protagonist, Bigby Wolf, rather than the more obvious ‘go left’ or ‘go right’-style actions.

Unfortunately, this does not last, and following an engaging start things revert to a more obvious approach. Following on leads from previous episodes, A Crooked Mile is very much an ‘investigation’ game. An odd thing to say, given that investigation is the premise of the entire series, but this time it is much by-the-numbers.

The smart decision-making and character-focused choices are stripped away, and choices revert to the more obvious ‘where would you like to investigate first’ choice. There is some variation between how things play out depending on the order chosen, but the differences are minor and, in all honesty, quite obvious. Even the investigations in the locations themselves are a fairly standard ‘click everything in sight’, linear affair.

There is some additional background information to be uncovered if you are thorough in your searching, but in truth, it’s pretty hard to miss the obviously signposted ‘clues’ at each location. 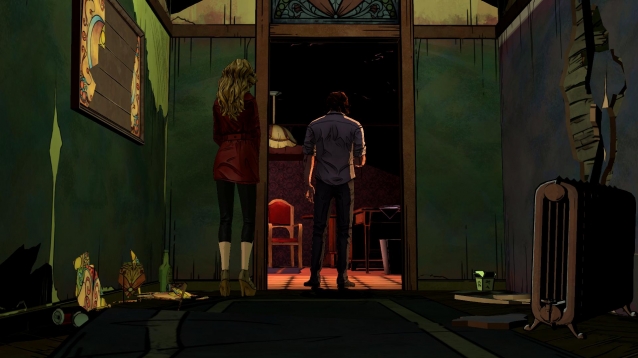 Of course, it’s no secret that the Telltale games such as The Wolf Among Us and The Walking Dead are largely linear in how they play out, but the beauty is the subtlety of choice and give the illusion of non-linearity. While the destination is the same, the games allow you to walk your own path to get there. The biggest failing in this episode is that the journey feels as scripted as the destination, and you are just along for the ride rather than being in the driving seat.

While all of this may make it sound like Episode 3 is a dud, that’s not exactly true. It is certainly the weak point in the series so far, but it is still a strong series and there is still plenty here to entertain fans. The story may progress in a way that seems less ‘free’ than before, but the story remains good and, as ever, the cast of characters carries things forwards well.

During the course of the A Crooked Mile, you’ll mainly be dealing with the same ragtag bunch of misfits from the last two episodes, which gives Bigby the opportunity to tie up some loose ends - both in terms of the investigation, and in terms of his relationships with his fellow Fables. There is, however, a brief meeting with a comic regular that gives a nice bit of background and is a welcome nod towards the readers. 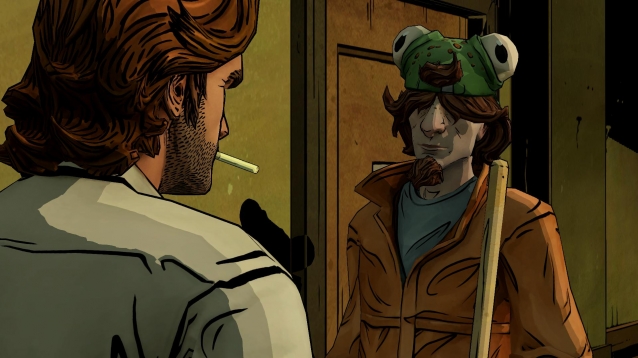 As is fairly consistent with The Wolf Among Us episodes so far, Episode 3 ends with an action scene, a moral choice and a cliffhanger ending.

The action itself is weaker than in previous sequences, and player interaction is minimised. It is perhaps intended to be a more dramatic and emotive scene, but the slow and undemanding QTE sequence actually detracts from this, rather than add to it. However, this closer also introduces a couple of new characters, whose brief appearance is enough to titillate and intrigue, enough to whet the appetite ready for the next episode.

The Wolf Among Us: Episode 3 - A Crooked Mile is a mixed bag. It’s certainly the weakest episode of the series to date, but it trundles along and moves the story forwards, closing off some leads and opening up others. While it may not be the most thrilling ride so far, it will hopefully serve as a launching point for a strong final two instalments.

The Wolf Among Us: Episode 3 - A Crooked Mile is a mixed bag. It’s certainly the weakest episode of the series to date, but it is still an entertaining story that drives the investigation forwards, closing off some leads and opening up others. While it may not be the most thrilling ride so far it will hopefully serve as a launching point for a strong final two instalments. 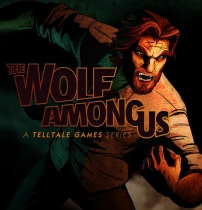