Tom Clancy’s Ghost Recon Breakpoint has something of an identity crisis. Technically a sequel to 2017’s Ghost Recon Wildlands it somehow manages to feel just like it and nothing like it at the same time. Your trip to Auroa is mostly a solo affair this time around, how does it play?

First things first, this game has a LOT of rough edges, at least on PC. From player voices not matching their selected sex (a female character having the male voice etc.) in co-op play to having animations jerk into position, fail to play or otherwise break and even having enemies able to see and shoot through walls. Unpolished isn’t harsh enough a term, I don’t think I’ve seen a Ubisoft title in this kind of state before, it feels rushed and it’s hugely disappointing!

That being said, what is Ghost Recon Breakpoint? The game sees you, as Nomad from the Special Forces unit the Ghosts, sent to the island archipelago of Auroa to investigate their sudden radio silence. Auroa is the home of tech evangelist and wunderkind Jace Skell, think a drone-obsessed Mark Zuckerburg and you are on the right track. As your team approaches the islands you get attacked by drones, with most of your team dying or being dispersed around the island chain.

As it turns out, this militaristic usage of the drones is due in part to of ex-Ghost Cole Walker (played excellently by Jon Bernthal) and it is down to you to figure out who is working with who and what is going on. There is a much heavier narrative focus than in Wildlands especially, with a lot more cutscenes dealing with Walker and Nomad’s past which, for the most part, are performed well, Bernthal in particular manages to escalate every scene he is in and seemed to have fun with the material. 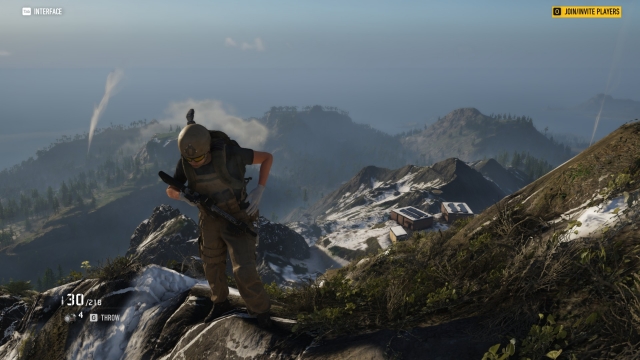 The game itself is a tactical shooter, much like Wildlands or perhaps more appropriately The Division and its sequel. Your squadmates from the previous game are no more although you can replicate the ‘sync shot’ from that game when you unlock the Sync Shot Drones as you level up. This overt change to being a lone soldier really changes the tone of the game as Ghost Recon has always been a squad focused series, even with its missteps over the years.

Breakpoint is also now a looter shooter in a sense, in a similar vein to The Division. Enemies you shoot and chests you open in compounds all supply weapons and gear of different quality tiers with an item level attached. This item level affects your overall gear score which essentially makes venturing into high level areas before you are ready (most notably endgame ‘Behemoth’ areas) almost certain death. Whilst this isn’t inherently bad, (it works fine for something like The Division for example) it just feels off in a series known for being ‘realistic’. Compared to Wildlands however where weapons and attachments were one-off unlocks, it does incentivise you to retake compounds to obtain better gear constantly. 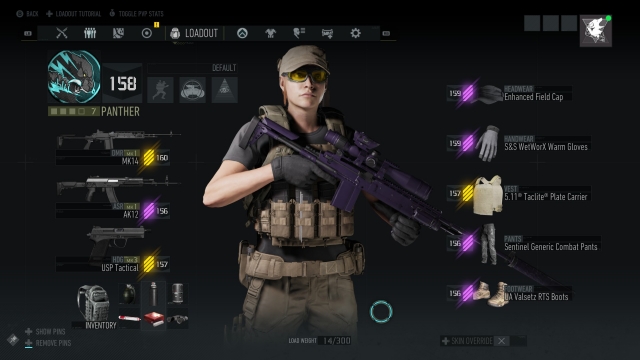 There are a number of things like this on a systemic level that contribute to making it feel less like a Ghost Recon title and more that it should have been a new franchise or even just a spinoff. Describing it as The Division but in the jungle feels reductive but it is how it plays in a lot of ways. Wildlands was divisive because of it’s move to a more typical Ubisoft open-world setup but it did try and keep the tactical and coordination aspects the series was known for. Breakpoint dispenses with those and ends up feeling like what a more open-world Splinter Cell might become.

Now this all sounds very negative and to be fair it is, but the gameplay itself can be and often is a lot of fun. Sneaking, or failing to sneak around encampments taking out enemies, especially in coop feels really good, and the gunplay feels solid with weapons dishing out some nice feedback. The perk system combined with the four classes at launch also gives you some legitimately different build options which is nice.

Not all the upgrade systems feel worthwhile however. The gun upgrade system sees you pump weapon parts you obtain from dismantling unwanted stuff into guns you want to use to increase their Mark level but these stat bonuses are miniscule to the point where you often can’t even see the bars for the stat increase that it makes it really unsatisfying. Fortunately the gun customisation is much better with sights, underbarrel parts and more all making a significant difference to how guns handle. Oh and you can change part colours too.

Overall the quality of the missions is great, even though most end up being a variation of get to point A and hold off waves of enemies before escorting a character to point B. They do a good enough job of making them narratively different and mix objectives enough that they make for a really fun campaign. The side missions also do a good job of making Auroa feel like a place rather than just shootout locations. 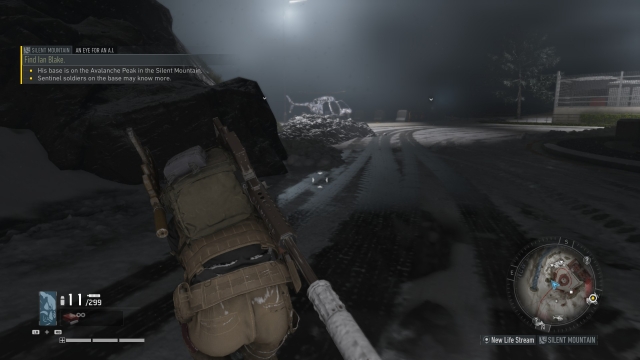 This brings us to the elephant in the room: microtransactions. First, the positive, Breakpoint has a Battle Pass style system, but it’s entirely free and consists of a single tier. You make progress in this pass by completing Faction Missions which are essentially random daily missions that involve you completing simple objectives like blowing up a specific vehicle, taking out a commander or stealing a vehicle and delivering it elsewhere. There are no microtransactions tied to this system currently (although I wouldn’t be surprised if there is later down the line).

Another positive is that the store is never really thrust in your face. It’s just a tab in the menu that you can safely ignore. If you look inside though you can pretty much buy everything in the game, from weapons outright to blueprints and vehicles. Pre-launch there were also ‘Timesavers’ but they were removed at launch with Ubisoft saying they were a mistake. Now, as a single player game these wouldn’t really be an issue, but there are some elements of your character progression that transfer over to the multiplayer Ghost War mode and vice-versa. Whilst there is nothing unobtainable, it still feels a bit icky knowing you can obtain stuff ‘early’ in a competitive setting. 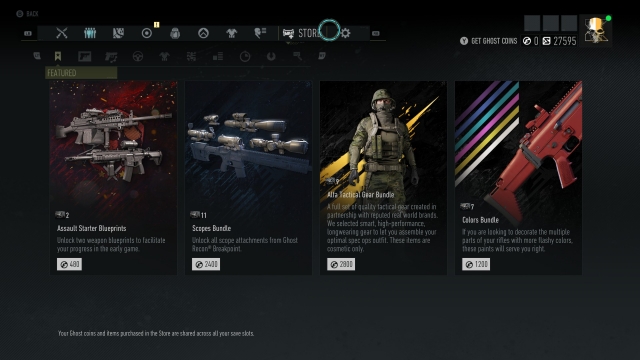 Overall Ghost Recon Breakpoint can be an entertaining time, the story is engaging and overall it’s a fun game but the lack of polish and refinement are extremely disappointing, fans of the squad-based theming of prior titles will also need to look elsewhere. For those looking for a more overtly military-themed open-world looter shooter set in the great outdoors though this might well do it for you.

A fun if wildly unpolished title that deviates from the series established identity. Some solid stealth mechanics and great feeling gunplay offset the often broken feeling the rest of the game suffers from.

The GameGrin GrinCast Episode 223 - Get Your Warface On