Puzzle games are among my favorite videogame genres to play. I was very excited to get started on playing Trine 4: The Nightmare Prince despite never having played the previous games. That being said, this review will not be taking into consideration the previous Trine games.

Trine 4: The Nightmare Prince is a single-player and multiplayer 2.5D puzzle-platforming adventure game developed by Frozenbyte. It is the fourth installment of the Trine series and follows the return of the three protagonists, Zoya, Amadeus, and Pontius, in a medieval-like fantasy world. Each of the protagonists have their own unique traits and skills that can be utilized to help get through the levels. The story follows the three of them as they chase down a prince whose magic has run rampant resulting in nightmarish aberrations coming to the world. 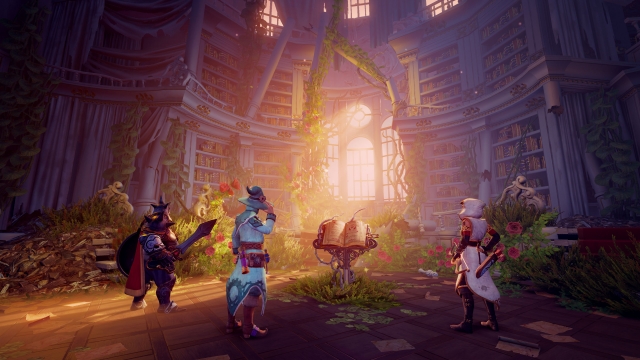 The first thing that popped out to me when I booted up the game was just how beautiful the visuals of Trine 4: The Nightmare Prince were. A lot of details could be seen in every stage of each level throughout the game. I marveled at the way the water flowed from the ceiling and how the snow crunched underneath the protagonists’ feet. The lighting in the game was well thought out whether it was night time in the city or during a sunset. Little details could also be seen in the background of the levels. The cutscenes were very well done and I loved how the game would go from 2.5D for gameplay but move to 3D for cutscenes.

The other thing that stood out to me immediately was the music. The scores were all well suited for the environment that was being shown. The combat music was not too intensive but it still matched with the simplicity of the situation. If I could, I would use the music in the background for when I read or write reviews. 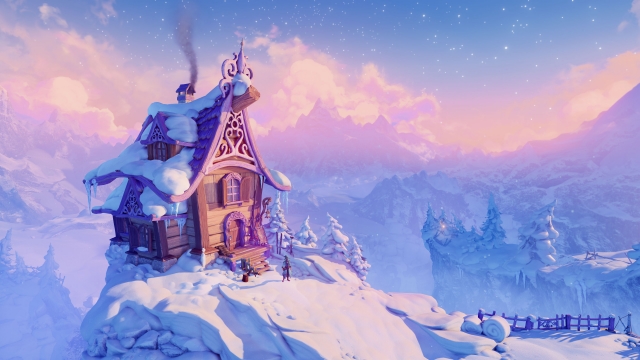 I also loved the voice actors in the game. From the narrator to the antagonist, I found each of the characters to be well voiced. Usually, I would have some kind of complaint about how one character’s voice does not match with the way the character looked or acted. This was not the case with Trine 4: The Nightmare Prince. I loved the snarkiness of Zoya, the intelligence of Amadeus, and the gluttony of Pontius. Every character played well with each other and I never got annoyed with anyone, which, I must admit, usually happens a lot when I play videogames.

However, despite all these wonderful things, there were some drawbacks with Trine 4: The Nightmare Prince. The first and foremost was unfortunately the puzzles. For a puzzle game, I was expecting challenging and difficult puzzles later in the game. Sadly, what I got were simply straightforward puzzles that almost anyone would be able to solve in seconds. Of course, there were some head scratchers but even those I solved within three minutes. I’m not the smartest person nor am I amazing at puzzles so if I could figure out all the puzzles instantly without looking up hints online, I am sure most people would be able to as well. Plus, there were multiple ways to get through most of the sections. 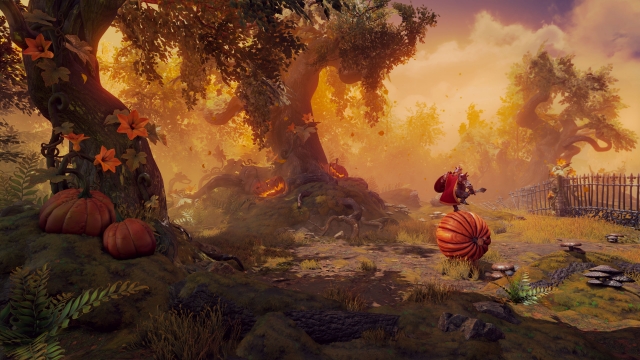 I will say that the combat of this game was also ridiculously easy. I had put the game on the hardest difficulty but I barely struggled with any of the bosses even in the later levels. If one of my characters died, I just had to wait 30 seconds or so before they got revived. Dodging was really easy so I barely got hit. The times I did get hit, I honestly could not have been bothered to move out of sheer laziness on my part. I did enjoy how easy it was to switch between the three protagonists though. That was a lot of fun to do even in the middle of combat. It was also very helpful when in some sections I had to use all three characters in order to progress through the level. What was also fun to find out was that I could have my friends to join me in the game. Up to a total of three players could be playing together and we could choose any of the three protagonists to play as. This could lead to a lot of cooperation or in my case, a lot of chaos as we tried very hard to kill each other for laughs. 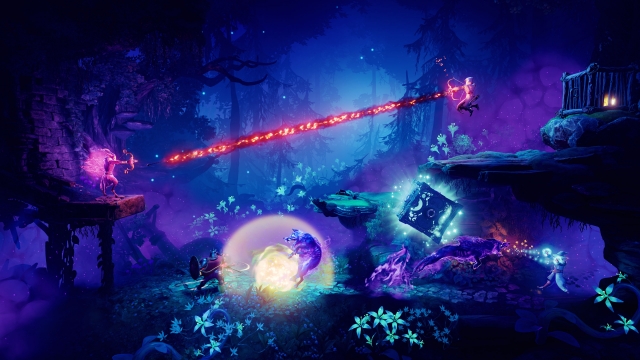 The story was a bit lacking as I could almost predict how everything was going to play out. I was not really entranced by how everything was being laid out and I could hear my thoughts shouting out, “JUST DO THIS AND EVERYTHING WOULD BE SOLVED YOU DUMBASS!” Of course, the game could not hear me so they obviously would not do what I suggested and instead do some overly convoluted thing for the sake plot that makes everything worse. Seriously, everything could have been easily avoided if they acted like normal people. Fortunately, the saving grace for the story was definitely the character interactions. I did enjoy the party banter and how the protagonists would sometimes make fun of each other or the enemy bosses. The game itself is not very long as one would be able to beat this game in around 10 hours.

Trine 4: The Nightmare Prince (Reviewed on Xbox One)

Trine 4: The Nightmare Prince is a very fun game but the puzzles and combat can be very simple and straightforward. However, this is made up for with amazing graphics and music as well as fun voice acting.

Nice review. I remember playing the original Trine back in the day and being amazed that a "downloadable" game could look this good!