It may have been created by Guillermo Del Toro, boast a devoted young fanbase and sit pretty with 18 different awards—plus 25 nominations—but the Trollhunters TV show had never appeared on my radar until I crossed paths with its relatively newly-released videogame tie-in, Trollhunters: Defenders of Arcadia. Booting up the title and jumping into its story evoked the same feeling of watching a random episode of some syndicated show while channel surfing (not that anyone does that nowadays). I was lost, clutching at straws of context while making—likely incorrect—assumptions about the characters and the world in which they inhabit. This isn’t really a criticism, more of a disclaimer that Trollhunters: Defender of Arcadia is a title exclusively for fans of the TV series; nobody else needs to bother with this one. With that established, how does the game fare for series devotees? Eh, it’s fine, harmless; at worst it can be described as “a bit dull”. 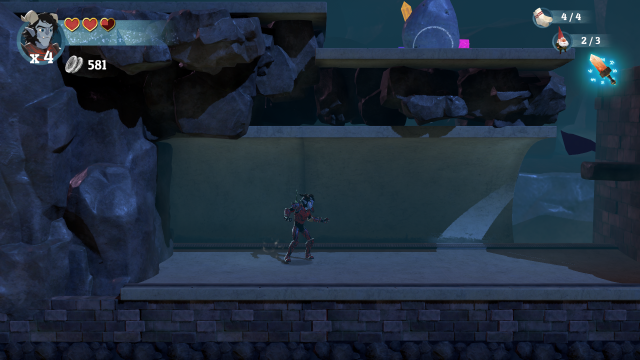 Did you read that last sentence? Keep it in mind, for it applies to a lot of Defenders of Arcadia’s offerings. In terms of moment-to-moment gameplay, developer WayForward doesn’t seem to have stretched much past the potential of the Nintendo DS. In fact, the game as a whole comes across like a polished up version of the myriad licensed games that seemed to dominate that era, albeit with a few bells and whistles added along the way. 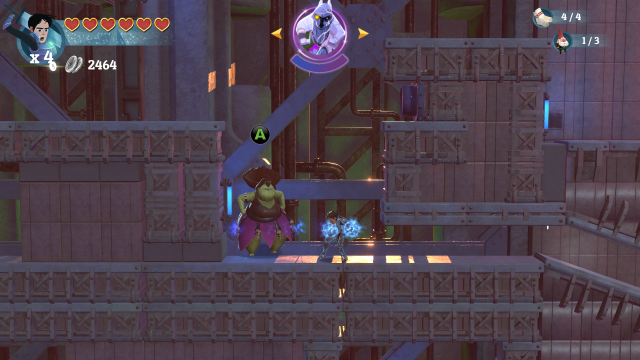 At its core, the title is a linear, ‘head right until you reach the finish line’ 2D platformer. That’s not necessarily a bad thing; in fact, the last game I reviewed, Adventures of Chris, stands as a rock-solid example of the genre done right. Unfortunately, Defenders of Arcadia suffers from a malady known as repetitive level design. While environments do change from level to level, they don’t do enough to change up the structure of the game’s terrain and obstacles, mostly functioning as a new coat of paint on the same old concepts and mechanics.

Enemies and platforming obstacles start off agonisingly simple in the opening levels, but gradually increase in difficulty along with the player’s moveset. While players start with a basic sword attack and jump move, they’ll soon earn an impressive moveset as they defeat bosses and befriend allies. There’s a ranged attack, a multipurpose dash move, a Mega Man-style slide and a glide. Plus, players can also summon the help of their pals to reach higher places, traverse large chasms, destroy obstacles and more. On paper, the game offers a lot to keep things interesting, always introducing new powers and foes; in practise, however, each level feels like a copy of the one before it with the heat turned up a fraction of a degree. It gets more challenging, sure, but not that much more. Even kids, the group who this game is clearly aimed at, will breeze through this title’s toughest challenges. There may be nothing outright bad with the gameplay here—by all accounts, the movement is undoubtedly responsive and snappy—but it’s all just so… unexciting. 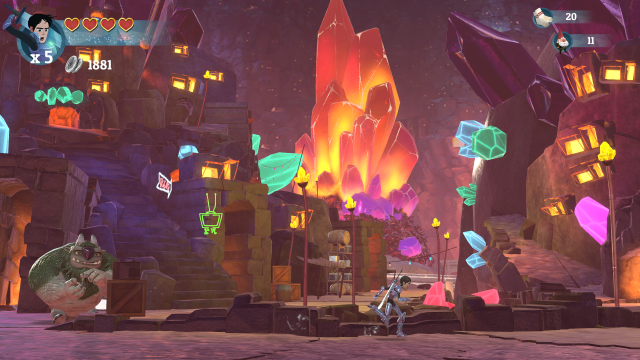 If nothing else, though, the quality of this game’s acting and writing does put it a step ahead of your average film/TV show tie-in. Many of the show’s original voice actors reprise their roles, and they seem to be trying to do the script justice too. Not that the script is bad, of course, full of jokes and personality-filled quips. It’s all inoffensive ‘kids show’ stuff, granted, but as that style of writing goes, it isn’t half bad. Defenders of Arcadia isn’t the next Witcher 3 in terms of writing, but it still exceeded my expectations. The story itself—essentially a chase across space and time to stop an evil, magic-wielding troll named Porgon—is forgettable, but it serves as a good excuse to visit a selection of different, unrelated environments. Like a lot with this game, it’s bland but serviceable.

Between levels, players can visit a hub area where they can speak to friendly troll civilians and partake in a range of side activities. There are mini-games, including an Avalanche-style sushi catching diversion and a target practise activity in which sentient garden gnomes act as the projectile (these gnomes, by the way, are found as collectibles throughout each level). Some civilians assign the player side-quests which, annoyingly, usually entail backtracking through previous levels. These errands always end with some sort of reward, either money (to be spent on consumables within the in-game shop) or a health increase, but it’s clear gameplay padding more than anything else. Considering that the game only lasts for about four hours, at a push, it’s not hard to see why such padding was deemed necessary. 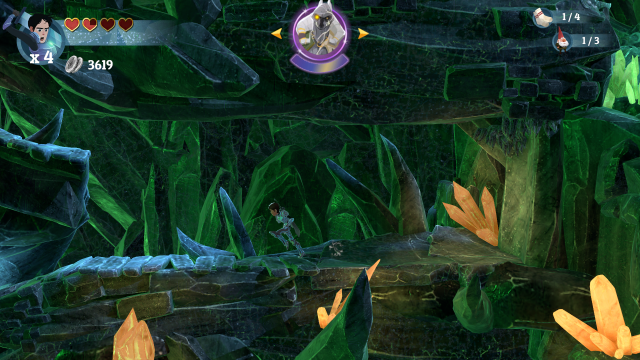 Finally, I’m sad to say that the game isn’t without its technical flaws. Collision detection seems wonky, both for the player’s benefit and against it. Enemies that appear to land a successful blow often fail to do damage; conversely, obstacles (say, spikes, for example) that the player safely clears sometimes cause harm anyway. Additionally, conversations with characters in the hub once or twice failed to trigger that character’s associated activity. The only way I found to fix this, and get stuck into some sushi catching action, was to quit the game and re-attempt the interaction upon my return. This didn’t cause any loss of progress, but it was an irritant nonetheless. 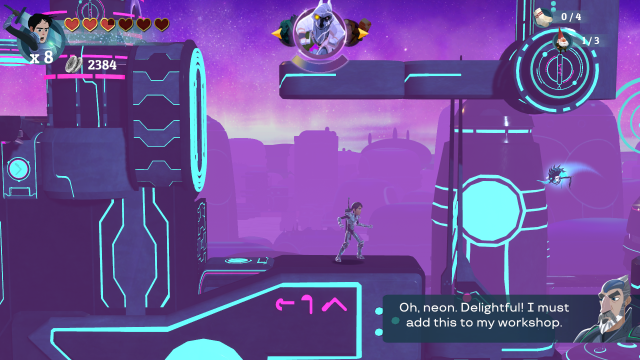 There’s nothing unpleasant or offensive in Trollhunters: Defenders of Arcadia. The gameplay is serviceable, if a little dreary and majorly uninspired. The acting and writing are strong, if the story itself is little more than a vehicle to get from level to level. Ultimately, your enjoyment of the game is dependent on how much you enjoyed the original Trollhunters series. If, like me, you’re a complete newcomer to the franchise, then you’ll find this title a slightly wonky and confusing—but mostly harmless—throwback to a time when licensed 2D platformers were as common as houseflies. If you’re a seasoned viewer, however, the familiar voices, solid script and recognisable names might make this worth checking out… at least, if you can find it on discount.

Trollhunters: Defenders of Arcadia (Reviewed on Xbox One X)

Trollhunters: Defender of Arcadia is a dull but mostly serviceable throwback to an era of gaming where licensed 2D platformers were rife. Decent writing and acting do help it stand out, but not by much.