Japon is a country rife with war, radioactive particles have made standard warfare near impossible with its interference of equipment; thus Human Tanks were developed to use the source of interference as their power source and have since become the medium which battles are fought. 50 years of war and two gaming prequels have led to this conclusion War of the Human Tanks - Limited Operations.

The game cuts to the chase with the introduction of characters and combat mechanics, it does little to present a story and compelling characters and focuses on fleshing out the world. The writing as a whole is quaint, doing what it needs to with directing the flow the game’s progression. Although at points it becomes a bit of slog to read with some needless back and forth, with some characters being one liners that fall short of hitting their mark (pun intended). 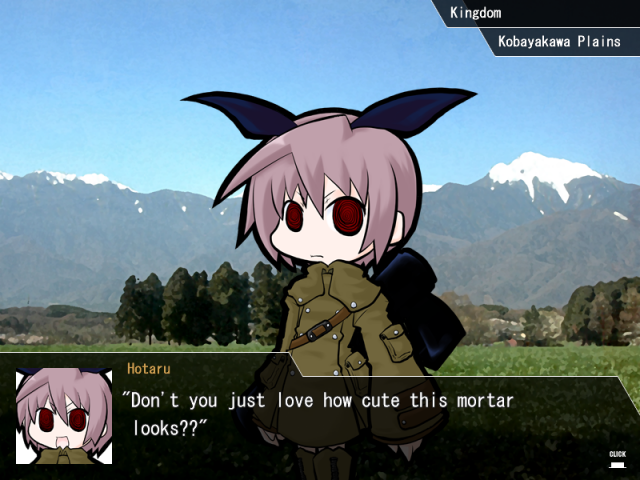 Because you've got to have the look to kill

The gameplay, being a hybrid of Chess and RTS, threw me off at the start. The tutorial is less than helpful having had to attempt the initial mission/campaign requiring a few too many times to understand how to play the game with the consistent murdering of my King/Commander (to follow the Chess comparison). A battle can change in a brief swift “accurate” artillery fire hitting the commander, turning the tide of battle from a dominant one to a loss. Which isn’t helped by the fog of war, but it makes the use of Recon somewhat vital to winning and makes the game feel more tactical in spite of the slight random nature of the AI fire. However, the AI didn’t seem to follow a specific pattern and made somewhat erratic movement. Although having played quite a few strategy games, it helped with figuring out the position of the enemy along with the words of advice from your advisor.

Despite those RNG-like negatives, the gameplay is solid and definitely worth a revisit after beating the main campaign with the prospect of New Game+ type content. But what made this game stand out for me and helped me from raging quitting was the incredibly apt soundtrack, whilst I can see some people disliking it. It is reminiscent of the Anime Kill La Kill’s original soundtrack with its mix of instrumental highs and techno/electronic mix. In that regard I’d have to recommend giving the mix a listen to on its own, although the singing felt off at points which could’ve made the experience more stand out with the Anime-esque style of narrative with its episodic nature with its opening and endings for each chapter. 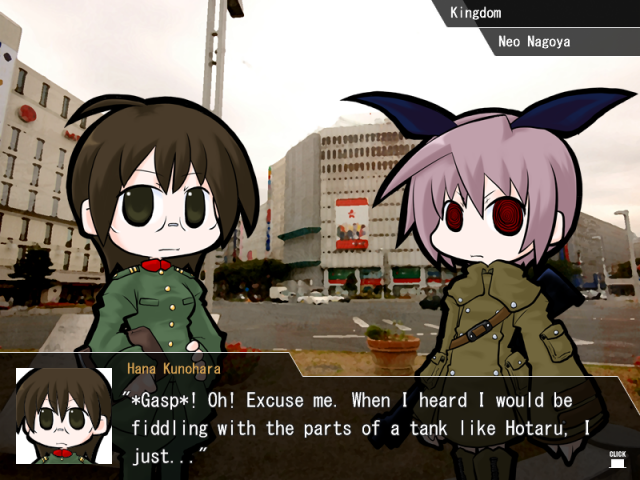 If only the game had slight tweaks of Quality of Life

But then that’s where I hit a snag, the semi RTS feel felt tedious and painful with turn based system felt it was holding the RTS part back with the lack of information when a tank could move. The majority of the time was spent thinking and remembering the sequence of tank movements and attacks I made, often responding to the enemy than the enemy seemingly responding to me. Also, some general quality of life improvements could’ve been made. Such as changing the game speed: pause the game and then changing the speed and then unpausing the game, having a hotkey would’ve been a nice convenience. Also, the audio become incredibly loud at times despite there being no explosions or a reason for it loud at points being more obtrusive; the odd misspelling here and there and the audio cutting off and not looping after the track finished playing, all just built into a slightly disappointing game.

War of the Human Tanks - Limited Operations (Reviewed on Windows)

Although not for the light hearted with the RNG artillery fire and the cat and mouse like combat trade off, which can lead to the game falling slightly short of forgiving. Nonetheless, this is a game worth recommending as a short experience with the story being like mini episodes of conflict and silliness. But remember, war never changes no matter how cute things get.