I don’t want to see a single “Wah, wrestling isn’t real!” comment beneath this review - as the saying goes, “It isn’t fake, it’s predetermined.”. In case you don’t know, Father Christmas isn’t real, and wrestling isn’t decided in the ring - it’s decided by committee behind the scenes. I think somebody needs to remind the developers at Yuke’s and Visual Concepts that this is the case.

It has long been spouted that the WWE games haven’t changed enough, and certainly haven’t improved, since the PS2 era. The same was said again last October: despite this being a new game in the series, it carries many of the issues that fans have berated for years. 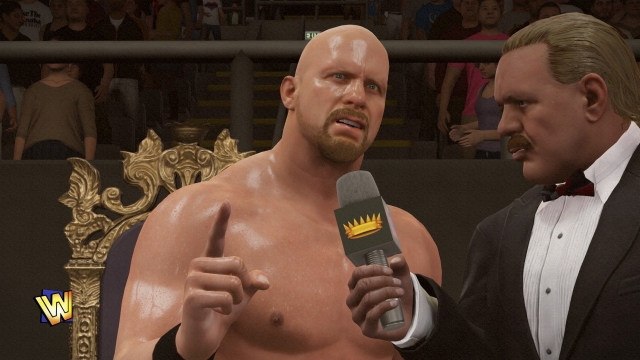 We’re reviewing here the PC release of WWE 2K16, that has dropped almost five months after its current and last gen console siblings - so what’s different? For a start, it’s releasing at a budget price of £34.99 in the UK, while still also carrying all of the season pass content - the Legends and Future Stars “character” packs, the Terminator pre order bonus (You can play as two versions of Arnie, from the first two films), the Hall of Fame Showcase, and some bonuses for the MyCareer mode. There’s also your standard bump in visual spectacle, with higher resolution options and the like, along with at least one gameplay change. The one I did spot was so minor that there may be more that I didn’t.

To kick off, I’ll look at what you can do in WWE 2K16. From the main menu, the first four options are your offline modes - Play, MyCareer, 2K Showcase, and WWE Universe. Play mode has your standard exhibition matches, unconnected to the larger modes, but is by no means lacking in content. Almost any kind of match type you can imagine can be set up, from one-on-one’s up to a 30-man Royal Rumble, and with 120 playable Superstars and Divas toted by the game’s Steam page, there’s a hell of a lot of room for creating your own matchups. 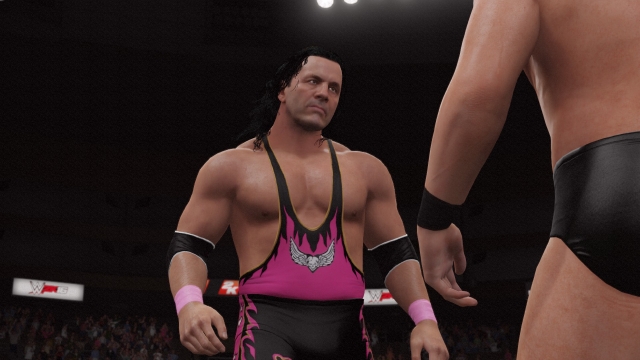 Next is MyCareer, in which you create your own Superstar to take from spotlight-seeking in NXT to induction into the WWE Hall of Fame. The WWE games have nearly always (*cough* 2K15 *cough*) been praised for their character creation suites, allowing you to create anyone you can imagine, and deck them out with custom branded clothing. Winning matches earns you points that can be spent to improve your fighting talents - combat skills like grappling and brawling through to reversals and recovery times.

2K Showcase is my personal favourite mode. Each year, the Superstar you see on the front of the gamebox takes centre stage in the Showcase - a celebration and a timeline of their rise to fame. This year it’s one of the most instantly recognisable, bona fide celebrities of wrestling, Stone Cold Steve Austin. Starting with his early career as the Stunning Steve Austin, you fight in real matches from the past, completing objectives to faithfully recreate the original scenes. An issue I had with the PlayStation 4 version appears to have been addressed here; sometimes the objective will be to “pin the opponent”, but once you had them pinned, the AI would nearly always kick out and continue the match. Now it would seem that just hitting the button to pin them triggers the cutscene instead of getting the full count - I hated how I felt like I was being cheated out of my wins despite following every step I was given. Completing objectives gives rewards like additions to the roster, new outfits, and new rings - as well as the flashier, real world-accurate cutscenes. 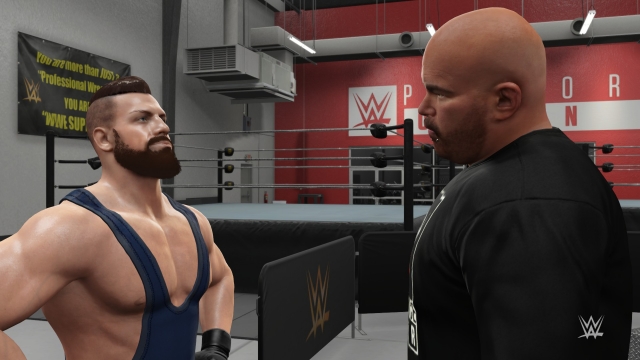 Finally, WWE Universe allows you to play the big man behind the scenes, and decide the outcomes of matches. Going through a day by day calendar of the year leading up to WrestleMania, you can either simulate matches or leap in to take control of a SuperStar/Diva to ensure an outcome - this is the only way, it would seem, that Bray Wyatt can win anything. You can also customise your Universe, changing title contendership rankings for each wrestler, and even their actual movesets. With random elements keeping things fresh throughout, the WWE Universe mode is actually more enjoyable than I expected, crafting stories more in the way of XCOM 2 than the real life WWE - one match going awry could send your plans flying, and moving on and accepting these new situations makes every year memorable.

Now, you may have noticed I talk a lot about having to “win” matches… which is odd, after we established that the outcome of any real match is decided long before anyone actually steps into a ring. This is where I think WWE 2K16 fails to be a true simulation of sports entertainment, instead opting to be a simulation of an actual fight, and a slow one at that. The best WWE matches try to keep you guessing, keep you on the edge of your seat, keep you entertained, but in WWE 2K16, you’re fighting against stamina bars, reversal limits, and an AI that just won’t “work” a match. 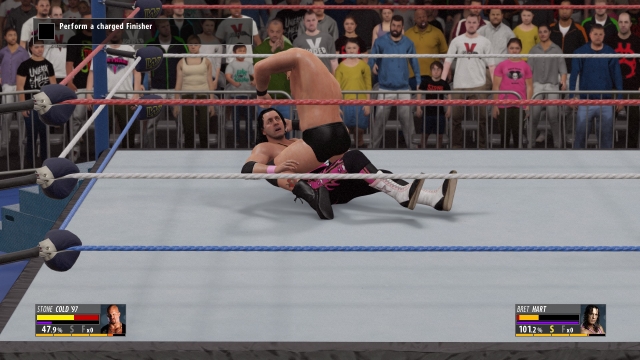 Most begin with chain-grappling, the two wrestlers locking into the same headlocks and armbars until one wrestler loses their first bar of stamina. It’s an incredibly slow process, and you’ll go through it nearly every time. It’s a rock-paper-scissors affair, with the winner draining the stamina of the loser, while you both fight with the right stick to hold and escape, respectively. This stamina is needed to perform any kind of move in the ring, whether it be running, throwing, or just punching. The well seems so shallow that it doesn’t take long for the whole thing to fall down to two burly blokes having to stop for a breather after every hit, else they collapse into a mess on the floor.

Reversals, once attached to the stamina bar, are now limited to a small handful of rechargeable slots, with the number of reverses you can perform before running out varying between wrestlers. This often leads to entirely unbalanced situations where exchanges are quickly ended simply because someone inexplicably stopped being able to dodge. And once an opponent starts wailing on you, until a slot refills, you’re stuck. The AI has no care for fun, instead rushing to deal as much damage in as rapid a fashion as possible. After taking a hit, it takes far too long to recover to a state where you could just move out of range of the opponent - you will see your wrestler standing motionless, taking smack after smack to the chin, while you watch that little meter fill up. 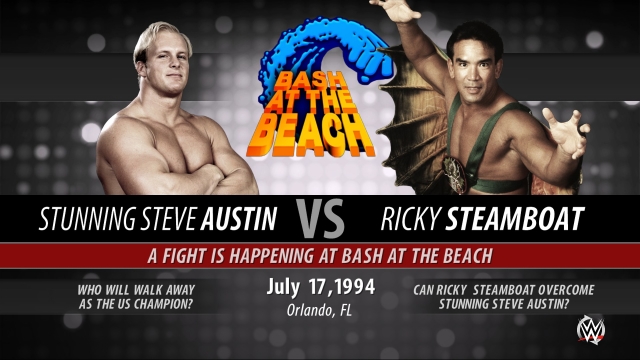 Presentation-wise, WWE 2K16 is outstanding in places. Virtually every Superstar and Diva has been facial scanned for the game, with the likes of John Cena and HHH verging on uncanny valley territory, and each wrestler’s entrance being near perfectly replicated in-game. Looking outside the ring though, things start to get a little janky. The same referee appears to officiate every match, and the fans in the crowd are seemingly limited to about five people multiplied to fill a room of thousands - it is funny to think that these throwaway models have the same level of detail now as the wrestlers did about 10 years ago though. There are also some minor issues with missing textures - Stone Cold once walked out without a chest or his shoulder blades - and the framerate, while holding up during gameplay, can stutter during cutscenes.

I think the big thing to take away from WWE 2K16 is that not much has changed, yet again. The roster is a lot bigger, and features that were missing last time do return, but this game being back in line with your 2014 release isn’t something we should be thankful for. The fighting, which was slated last year anyway, only seems to have been limited yet again, but not to a devastating degree - it just still isn’t good enough. In our review of WWE 2K15, Ryan stated that he “had hope that once Yuke’s gave over the reigns we would see a new age for WWE videogames”, and I’m sorry to say, mate, that it still isn’t here.

The big thing to take away from WWE 2K16 is that not much has changed, yet again. The roster is a lot bigger, and features that were missing last time do return, but this game being back in line with your 2014 release isn’t something we should be thankful for. The fighting, which was slated last year anyway, only seems to have been limited yet again, but not to a devastating degree - it just still isn’t good enough.

WWE2K6 Won't Feature all the Divas 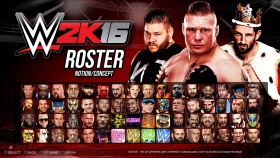