Yars: Recharged is a modern remake of the classic game Yars’ Revenge that was released on the Atari 2600 in 1982. It ended up being the top-selling game on the console, so I was excited to see if Recharged would be a classic like the original. You play as an insect-like creature known as a Yar. This insect — who looks like an angry wasp — has to shoot or nibble through a barrier to be able to expose the Silorak Cores that are constantly firing. Eating the barriers is the faster method to get through them, but you risk taking damage from enemy weapons — as it is harder to dodge the projectiles coming at you. Get hit three times, and your run is finished. 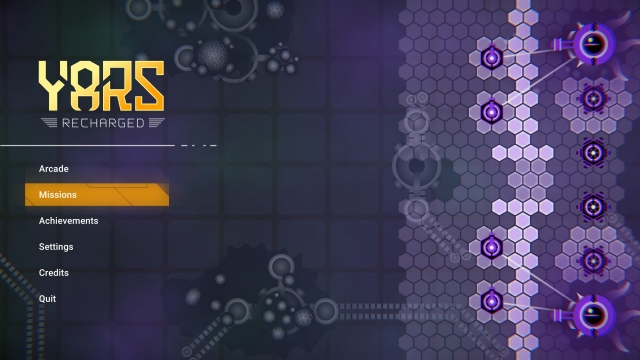 As you destroy the hexagons of the barrier, yellow orbs are dropped that you can collect. The grey hexagons can be broken by nibbling or shooting, but the white ones are stronger and will have to be broken with numerous shots from the Zorlon Cannon. There is a meter on the left-hand side of the screen that will fill as you collect these orbs. Once full, you will have the ability to shoot off the Zorlon Cannon. A giant beetle-like golden insect will open its mouth; you crawl in and can position the bug where you want to shoot. To complete the level, you must destroy the Qotile enemy, which is usually located in the middle of the mass of constantly rotating hexagons. The Zorlon Cannon lets you shoot off two shots to do massive damage to the hive itself or the multiple Silorak Cores firing at you. Beware that even if you are in the Zorlon Cannon, you can still take damage and die; if the Qotile hits you with its big swirling attack, you are done for. You can deploy multiple strategies to get through the levels in this twin-stick shooter. You can take down each enemy one by one; the more you take out, the fewer pink projectiles that will come towards you that you have to avoid. Or you can tunnel through the hexagons and take on the Qotile leader. In Arcade Mode, once this enemy is destroyed, all the other enemies instantly explode, and you move on to the next level. When you start, Arcade Mode lets you select what kind of bonus you would like to use that will give you a 2.5% boost to your score. You get to choose from Hyper — you are rewarded for your speed, Hunger — how much you nibbled the barrier, or Heavy Damage which is pretty self-explanatory. You can unlock in-game achievements as you play, adding to the replayability of this title. 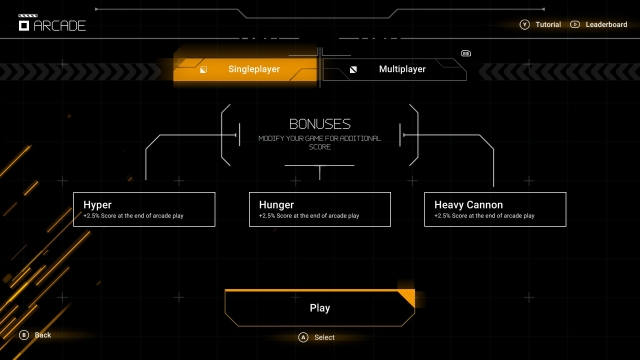 If you are playing the Mission Mode, there are multiple objectives you need to complete before moving on to the next attempt. You get to keep replaying it until you die, and it adds up all the points you earned from each level. There are five different ones available that you can access from the beginning and many more that will need to be unlocked through playing those original missions. When you complete a mission, a summary screen will show how many Silorak Cores, Qotile Cores and number of shields you destroyed, your Time Score, and Health Bonus. It will then display your Current Score and the Best Score you have gotten so far. You can check out a leaderboard to see how you compare to other players worldwide, and with your friends if they are also playing. The missions may seem easy at first, but in no time, you will be given missions that will test you and are incredibly challenging. So be prepared to re-attempt these missions multiple times before you can successfully complete them. 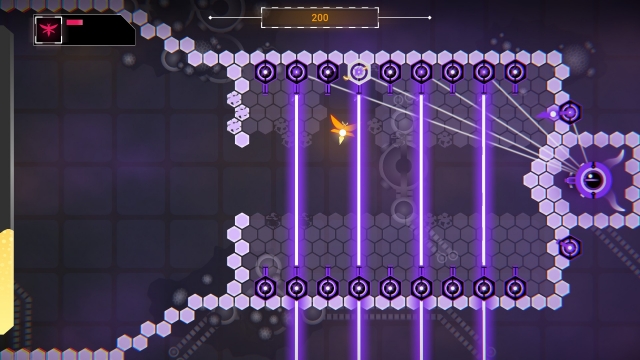 The visuals in Yars: Recharged look great — they are nice and crisp and still capture the feeling of the original game. I love the twin-stick controls of this game! They work so well, and they even have a tutorial to show you how everything works. Though it is quite easy to figure out that you move with the left thumbstick and fire your weapon with the right, you would be fine if you jumped right into the action without checking this out. The audio was great when it was working; for some reason the music kept fading in and out. At times the only sounds were from when you were shooting, before the music would randomly return, rather suddenly. Most of the time, I was so focused on avoiding shots from the enemy and destroying the barriers that it didn’t bother me, but it was still odd. 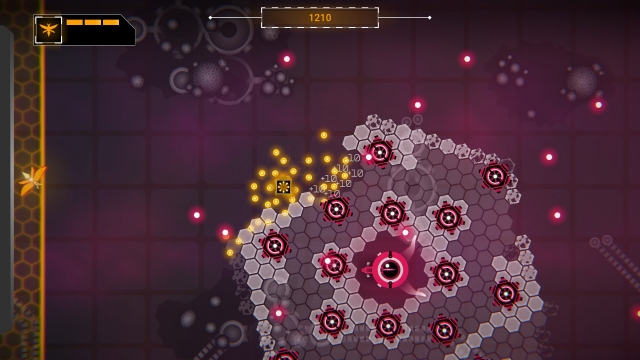 The game supports local multiplayer for both the Arcade and Mission Modes. Currently, there is no online multiplayer, but at least there are online leaderboards. I have yet to try out the game with another player, as I have been too addicted to trying to beat the missions and getting a high score on the Arcade Mode. It would have been cool if they could have included the original game, as it would be fun to compare the two and see how similar they are. I’ve never had the chance to check out the Atari 2600, so I would love to see what games were like for that system. 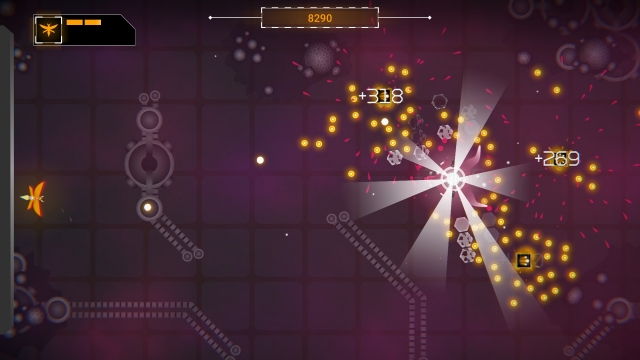 Yars: Recharged is an excellent game, it is so addictive and challenging, and I am having a great time playing it! I can see why the original was so popular. Hopefully, the weird music issues can get fixed up, and if they could even add on online multiplayer, that would be great. Despite these little issues, Yars: Recharged is a game you need to check out! 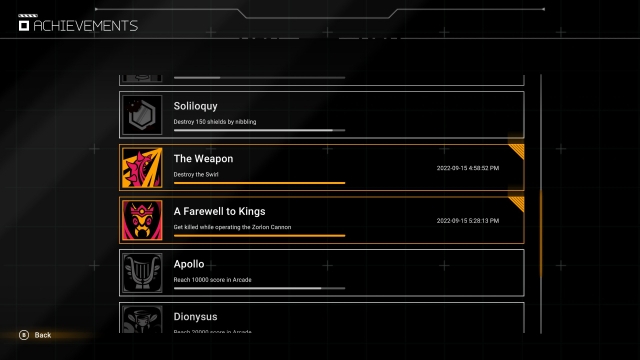 Yars: Recharged is a remake of the best-selling Atari 2600 game, and it’s easy to see why it was so popular! This game will keep bringing you back for more with fun and challenging gameplay.