Back in April I previewed Soldak Entertainment’s quirky action RPG Zombasite, since then it has had a long list of updates and has officially released so it’s high time I give my thoughts on the final game.

Zombasite, like other Soldak games, melds elements of strategy around an action RPG core. You play as the leader of a clan in a fantasy world suffering from a zombie outbreak caused by pesky dark elves. Unsurprisingly you aren’t the only clan trying to survive and you’ll have to use your leadership skills as well as brute force to progress. 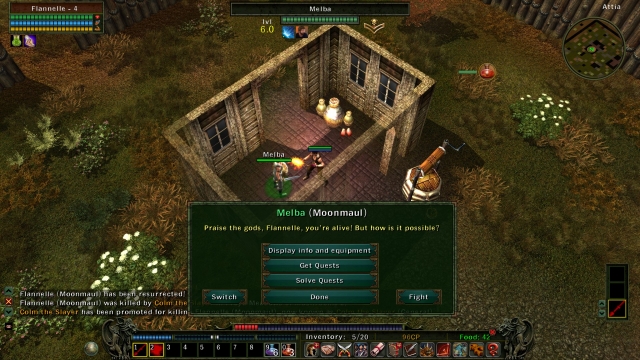 The world is procedurally generated much like a strategy game like Civilization with the clans distributed around it and similarly the game also has multiple win/loss conditions. At first glance the game appears to be a relatively standard ARPG; click on enemies to kill them, get loot, equip new loot and repeat the cycle. There is certainly more to this game than that though.

You start the game at your clan’s town, from here you can take on quests that are also generated based on the world state, creating an arch-nemesis and lieutenants. This is where it becomes apparent this is a little different to most games of this ilk: the worlds are alive and both the enemies within it and the other clans are actively working towards goals that affect you directly.

Whilst you are out in the world, enemies are constantly fighting and getting stronger, very similar to the nemesis system in Middle-Earth: Shadows of Mordor. At the same time other clans are out in the world forming alliances and completing quests themselves.

The quests are constantly in flux as they adapt to the current state of the world and the game gives them priority numbers so you can see at a glance which demand your attention. An elite named enemy might be creating a weather control device so becomes quite important to deal with. If you don’t eliminate him quickly, the device will get created and make life that bit harder for you. If things sound time critical in this game, they are. Time waits for no man or monster here. 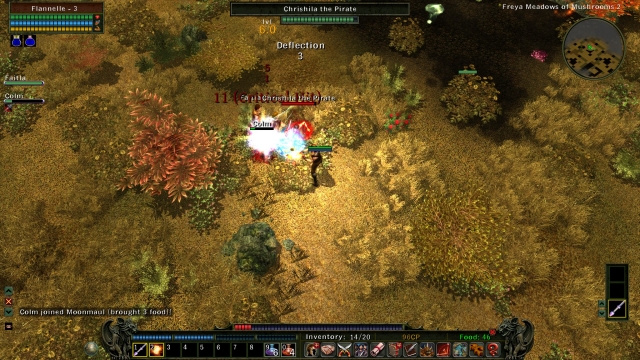 As you venture into the world you can recruit folk you come across, clan members all have their own traits and equipment and you can bring a pair out into the world with you. Clan management is quite important as characters may not like each other and getting people with complementary skills who get along can really help. Keeping an eye on food stocks and only keeping as many clan members as you can support is also key for happiness.

The constant threat of zombie attack and infection is also present, there is a bar that constantly fills showing the current threat of an attack on your base. Completing quests, quashing an enemy uprising for example, can reduce the speed at which this accumulates but it’s always there. When the bar fills your town comes under attack.

The titular zombie parasite infection, Zombasite, is also a constant threat. It’s an ever-present problem that passes itself around enemies, the other clans can succumb to it. Everything can carry it and as you encounter it and learn more about it you come up with ways of dealing with it and keeping it under control. Initially it’s not much of a problem but if you aren’t on top of things it can soon make everything unravel as the whole world becomes zombified. 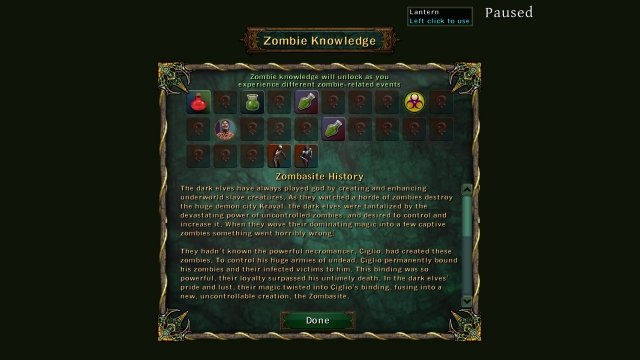 If all this sounds a lot to deal with and wrap your head around, well, it is a bit. It can be very overwhelming when you start due to having so many moving pieces on the board. You can most definitely just play it like a regular Diablo clone but to get the most from it you need to embrace the strategy side of it, even just a little.

The win conditions give you multiple ways of attacking the scenario, you can brute force your way to victory and eliminate the other clans with a bloody mace to their faces or you can take the more peaceful route and go for a diplomatic win by allying all the clans via negotiation and getting through the outbreak together. Alternatively you can just hoard all the food for a logistical win or complete all the quests in an area for an adventurer win.

Each win condition rewards you with something different, whether that be crafting materials or a set item gear piece, encouraging you to try all these playstyles. Once you’ve “won” you can move on to a new world keeping your progress and clan intact but with new challenges awaiting you. You can also customise your experience when you create a world if you want to add more challenge, the usual hardcore mode is here along with a lot of other options. 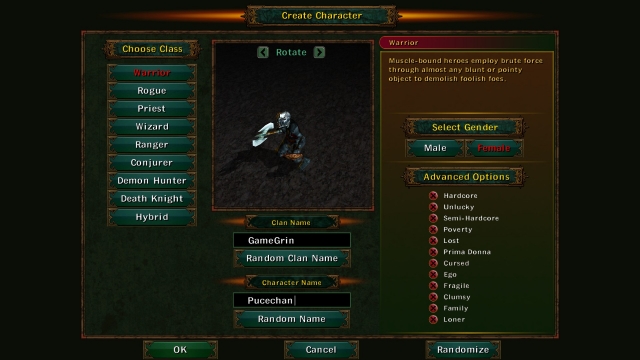 The game’s complexity makes it hard to immediately wrap your head around, the interface isn’t particularly nice to look at although it is perfectly functional and contains a wealth of information; every stat for every character, town and clan information, tooltips for literally everything. It’s really nice having so much information available. The game doesn’t hold your hand at all which is refreshing and it definitely gives you all you need to understand it but I can definitely see it being a little impenetrable for some.

Graphically and aurally Zombasite is fine, some of the enemy design is great and the overall feel of the game is nicely oppressive, it is certainly a step up from their prior titles. The presentation and interface are pretty barebones but they do the job and give you everything you need.

Zombasite is an interesting take on the action RPG and is definitely something you can sink your teeth into, the strategic as well as the procedural nature of it all gives it a lot more longevity compared to the usual fare. It’s definitely a thinking man’s game.

Zombasite might be a little hard to wrap your head around but the blend of action RPG and Civilization-style strategy works really well. A little rough around the edges but the game underneath is a gem worth digging for.