7 Movies to Look Forward To September 2021

Musical hits, biopics, and heroic action flicks dominate the movie scene this September! That’s right — Movie Time is back once again with this month’s lineup of cinematic marvels. In this ongoing time of uncertainty, we can continue to rely on movies to give us a temporary escape from reality and a taste of another life.

So hit the snack bar and buckle in for the breathtaking and emotional films hitting cinemas (and in some cases, direct streaming) near you this month.

1. Shang-Chi and the Legend of the Ten Rings 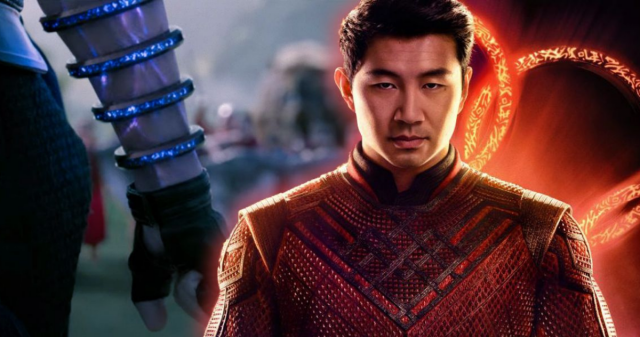 I told my men they wouldn’t be able to kill you if they tried. Glad I was right.

Following Black Widow, Shang-Chi and the Legend of the Ten Rings is the second film to kick off Phase Four of the Marvel Cinematic Universe (MCU). Trained since childhood to be an assassin for the dangerous Ten Rings organization led by his father, Shang-Chi is a young man running from his violent past. Attempting to live a normal life in San Francisco (under the anglicized name of “Shaun”), Shang-Chi finds himself drawn back into the world he’s tried to escape.

Taking place after the events of Avengers: Endgame, it will be interesting to see how this film ties into the greater MCU. The Ten Rings were introduced in the first Iron Man film, way back in 2008, as the ones responsible for Tony Stark’s kidnapping and imprisonment. The organization has been sporadically explored since then, but not much information has been revealed over the course of the MCU timeline.

This martial-arts superhero flick stars Simu Liu as the eponymous Shang-Chi. The Canadian-Chinese actor is known for his role in CBC’s Kim’s Convenience and will be the first Asian lead of a Marvel film. Alongside Liu, the movie also features Awkwafina, Tony Leung, and Fala Chen. Shang-Chi and the Legend of the Ten Rings is directed by Asian-American director Destin Daniel Cretton and will be his first directorial foray into the MCU. Cretton previously stated he had no interest in Marvel projects but was inspired when learning of the Asian representation that the film would bring.

Shang-Chi and the Legend of the Ten Rings forwent the now-expected hybrid release through Disney+ and released exclusively in theatres on the 3rd of September. - Kassie 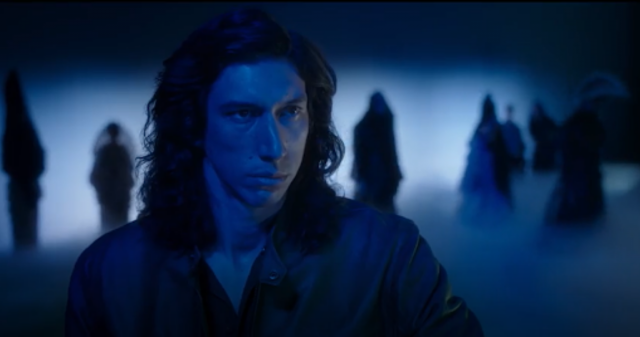 So may we start?

Taking care of a child is never easy, but the birth of Annette sets into motion drastic changes in the lives of her parents: stand-up comic, Henry McHenry, and world-famous opera singer, Ann Desfranoux. A romantic and dramatic musical, Annette exists as an exploration of envy, self-worth, and resentment, all through the power of music penned by the incomparable Sparks (whom you may remember from our July article as the subjects of the documentary, The Sparks Brothers). From famed French director Leos Carax, Annette stars Adam Driver, Marion Cotillard, Simon Helberg, and Devyn McDowell.

Annette hit theaters on the 3rd of September and can be watched now through Amazon Prime Video. - Erin 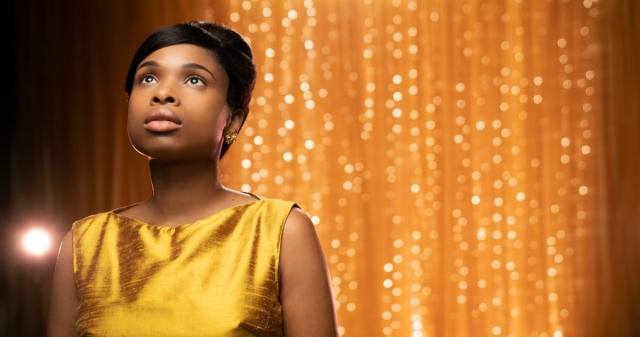 Honey, find the songs that move you. Until you do that, you ain’t going nowhere.

Follow the journey of the Queen of Soul from childhood to international fame in Respect. This music-filled biopic based on the life and success of Aretha Franklin has been a project years in the making. Driven by the passion of Aretha Franklin herself in wanting to see her story told on the big screen, Respect follows the ups-and-downs of Franklin’s experiences and career. While the film never became fully realized before Franklin’s death in 2018, producers tried to retain her influence and vision in sharing her life’s story.

Starring as Aretha Franklin is Jennifer Hudson. Hudson’s performance stems from a very personal place, as she was close friends with the real-life Aretha Franklin and handpicked for the role by Franklin herself. The film features a likewise star-studded cast including Forest Whitaker, Marlon Wayans, Audra McDonald, Mary J. Blige, and Tituss Burgess.

Respect hits cinemas in the UK on the 10th of September and saw an earlier release date in the US on 13th August. - Kassie

4. Venom: Let There Be Carnage 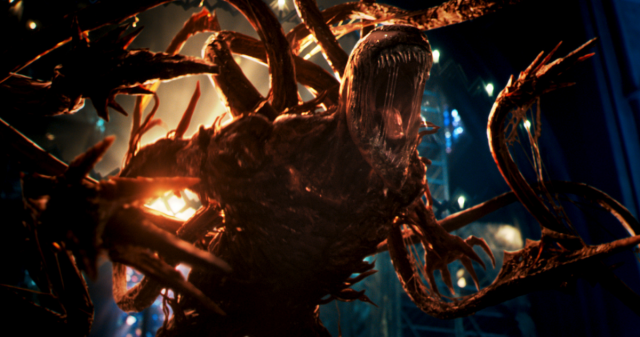 What's mine is yours. And what's yours, is mine.

Following from the after-credits teaser in 2018’s Venom, Venom: let There Be Carnage continues the story of reporter Eddie Brock and the alien symbiote in his body, Venom, as they come across the serial killer Cletus Kassidy who himself seems to take on an otherworldly visitor known as Carnage. After Cletus escapes prison with the new symbiote, it’s up to Eddie and Venom to work together to stop him.

Directed by Andy Serkis, Let There There Be Carnage features the return of Tom Hardy as Brock and Venom, as well as Michelle Williams as Anne Weying, his ex-fiancée. Woody Harrelson also stars as Kassidy and Carnage, alongside Naomie Harris, Reid Scott, Stephen Graham, Sean Delancey, and Larry Olubamiwo.

Venom: Let There Be Carnage will sink its teeth into theaters on the 15th of September. - Erin 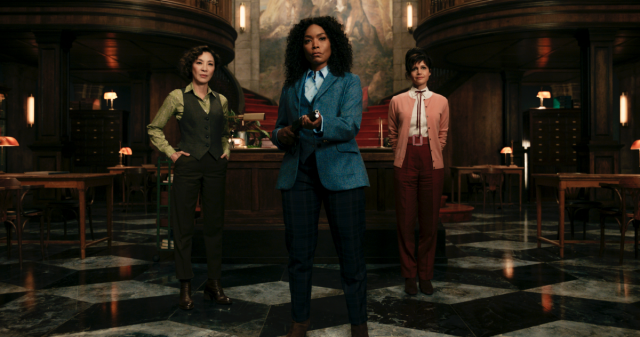 We are gonna bring the sky down on their heads.

When it seems like the whole world (or at least a very large amount of hitmen) are out to get you, it’s nice to be able to turn to someone who’s always got your back — like an estranged mother, who also happens to be an assassin. Thankfully, the “you” in this situation is Sam, a skilled assassin in her own right, so the two are able to team up alongside a group of the elder assassin’s old friends to help Sam and protect the young girl that she saves.

Gunpowder Milkshake is available to watch now on Netflix and will be coming to theaters on the 17th of September. - Erin

6. The Many Saints of Newark 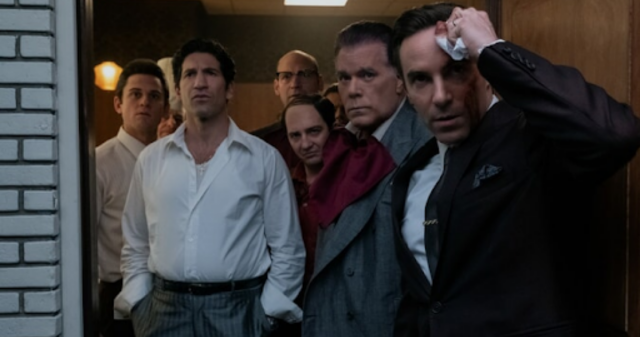 As far as your nephew goes, stay out of his life.

14 years ago, the 21-time-Emmy-winning HBO drama, The Sopranos, aired its final episode. Often considered one of the greatest shows of all time, it has yet to see any additional major spin-offs or continued works. But now, The Many Saints of Newark follows a young Anthony “Tony” Soprano growing up in Newark during the 1967 race riots and idolising his uncle, Richard “Dickie” Moltisanti, and the crimes he commits.

The Many Saints of Newark will make its way into theaters on the 22nd of September and become available to watch on HBO Max on the 1st of October. - Erin 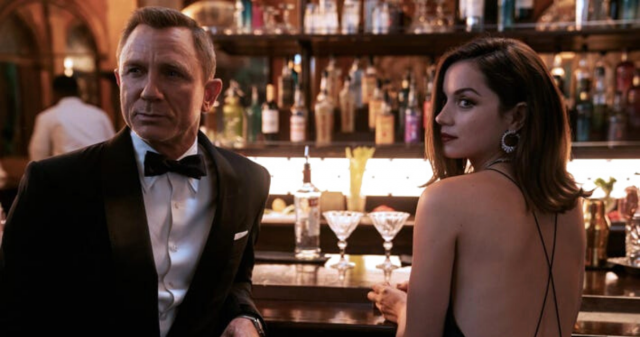 I understand double-0’s have a very short life expectancy.

There are few movie franchises as continuous, long-lived, and well-known as James Bond. No Time to Die will be the 25th movie since the first, Dr. No, premiered in 1962. Daniel Craig returns for the fifth (and last) time as James Bond, the legendary 007.

No Time to Die follows Bond after he has left the Secret Service and is attempting to live a peaceful life. Five years after leaving his double life behind, he inevitably finds himself pulled back into the world of intrigue, schemes, and villainy. Alongside the woman he (currently) loves, a bubble CIA operative, and the agent now assigned the 007-moniker following Bond’s retirement, it’s up to “Bond, James Bond” to save the world once again. Starring in the film will also be Ana de Armas, Rami Malek, Lea Seydoux, Lashana Lynch, and Ralph Fiennes.

Following extensive delays, No Time to Die will finally premiere in cinemas across the UK on 30th September, with a later US release on the 8th of October. - Kassie

What More Could You Want?

There’s quite the array of genres being represented this September, and we couldn’t be more thrilled. We of the Movie Time team — Erin and Kassie — hope that there’s at least one thing that tickles your fancy coming out this month! We certainly are looking forward to a lot on this list.

So get ready for your superhero fix, your drama desires, and your musical needs to be filled by this month’s movie lineup.