Not to sound like one of the fanboys, but it is the early drag of the game that makes the later stages so rewarding. This is coming from someone who has only played the Director's Cut, the version that has apparently made the early hours of the game more forgiving and less of a drag. I have to say fair play to those who stuck with the original version of the game when it was initially released in 2019.

In the lead up to the original release on the PS4 I was tossing and turning as to whether to take the plunge and pay £60 for a game that nobody really knew anything about. Then came the reviews calling it Walking Simulator 2019, several voices saying the game is boring and rumours that Sony were not releasing sales figures because it totally flopped, along with the title dropping steeply off the sales charts within weeks of its release date. Another thing to keep me on the fence was that I have never played a Hideo Kojima game, so had no previous good will with him or any experience of his previous work. However, in a way I think this worked out well for me and my experience with Death Stranding Director’s Cut. The game is old news at this point, with a fresh coat of paint giving it a new lease of life. I had the luxury of hindsight going into this, I knew what the game was all about: reconnecting and human connection through the solitary gameplay. It is not the story that holds the main message to take away from Death Stranding, but the minute-to-minute gameplay such as stumbling across a bridge over a river that has been built by other players and shared to help lessen the struggle of everyone else. 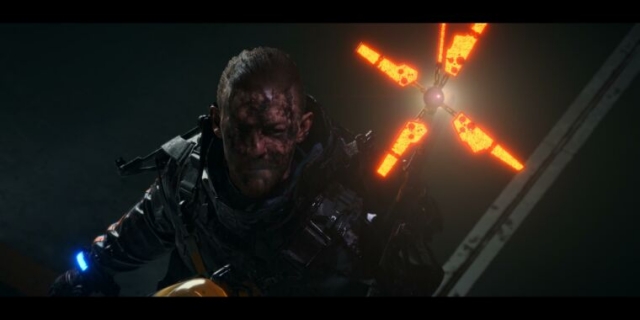 I read a review of the Director’s Cut that said it seemed as though “the PS5 version of the game felt like how the game was meant to be experienced”. The title was already pushing the ageing PS4 to the brink of its powers at launch, along with the introduction of PS5 features such as the loading speeds of the SSD and more importantly the impact of the DualSense that gave me what felt like a sixth sense, the ability to tap into the game world and environment that even other PS5 games have not given me. Feeling the patter of the timefall on the controller as I cautiously navigated BT territory dragged me even closer to the action than I would have felt without it. Of course I didn’t play the game at all on the PS4, and I know that it is not the extra features added by the PS5 that make Death Stranding Director’s Cut the piece of art that it is, but they add an extra layer to the experience that is a big miss when the game isn’t experienced on PS5.

I must confess though, this is not a perfect game, it does come with some caveats, the main one for me being the janky controls. I don’t mean having to balance when walking or the default speed being a light jog when carrying a respectable amount of cargo, that slog is what makes it so satisfying to glide across roads on the reverse trike later in the game. I’m talking about X to climb, about how the idyllic landscape is marred by Sam clumsily clambering up a rock face with one generic animation on repeat until you reach steadier ground (that is, if you don’t lose balance and take a tumble down the side of a mountain face). The heavy menus and cutscenes that are triggered every single time Sam makes a delivery become tedious very quickly, thank you Hideo Kojima for the “Auto-skip on” button. 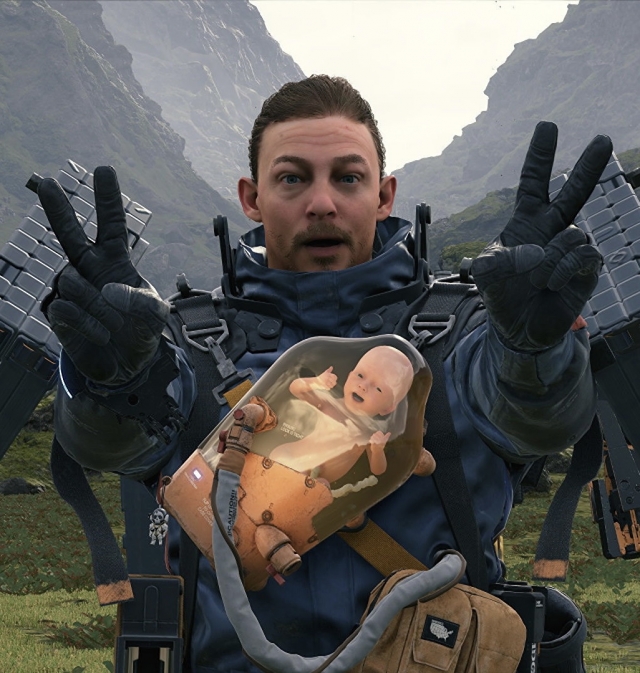 To finish I have an anecdote that I think captures the lightning in a bottle that Death Stranding offers players. I had not long started the third episode of the story and I left a distribution centre for a delivery. As I left the confines of the facility I realised that a road could be built just outside the entrance. I figured it would be worth the time, so I went back and forth to post boxes and other centres where I had materials already collected and brought them back to build this road. Once I contributed enough materials I watched the road materialise before my eyes, then I went about gliding down it on my reverse trike, the road that I had built all by myself, taking me a good 600 metres if not farther. Then, disaster struck, the road ran out, so again I went about collecting materials and returned to extend the road. When I did, to my shock the road only grew by around 50 meters. It took me a second, but then I realised that I hadn’t built all of that road by myself, all I had done was contribute some materials for one slice of the road, it must have taken a dozen players all pooling their resources to create what I had just rode down without a second thought. This is when it hit me, I wasn’t alone. Although at times it felt like I was the only poor soul who had been struggling to haul deliveries across treacherous terrain, risking life and limb to reconnect society, there were others experiencing the same struggle. The crucial thing to take away from the game wasn’t the story about reconnecting America after an apocalypse-like catastrophe, it was reconnecting real people through this game. Leaving signs for other players to see wishing them safe travels as they left a safe house, sharing resources in online post boxes, and literally building bridges that can not only ease your own journey but the journeys of others too.

I’m shocked I’m saying this, but I think I’m a believer. Death Stranding is the masterpiece people said it was from the beginning, and the Director’s Cut only makes it better.