Am I Done With Souls?: A Souls Retrospective

Recently, I have finally finished Dark Souls III. I got into other games in the series at release but for a long time I was resistant to playing this one. Even with large periods of time between my playthroughs, after the first game, Souls slowly started to feel more and more repetitive. I still like the core gameplay a lot but those games are gradually moving down my backlog. Often, I would find myself torn between craving that gameplay and not wanting to end up doing something I am already very familiar with. For those reasons, I decided to take a look back at the series, to quantify what made the gameplay so good and with Elden Ring currently in development consider how it could change. Finally, I will try to find out If I could get pulled back into the genre or if I am just done with it.

Save for climbing up small ledges in Demon’s Souls and a running jump there was never any traversal or platforming mechanics for the player to use. It is the level design that always made exploration gameplay and that is despite the games’ not having a big, fully explorable landscape. The separate areas were never completely linear and had certain logic which made them look and feel like real places. That is further amplified by how multiple areas can be seamlessly connected with each other and sometimes loop around. The player is not confined to a main path and is free to explore side paths or backtrack and reach new areas on the map. The quality of exploration dips a bit in later games but it always maintained a fairly high level. 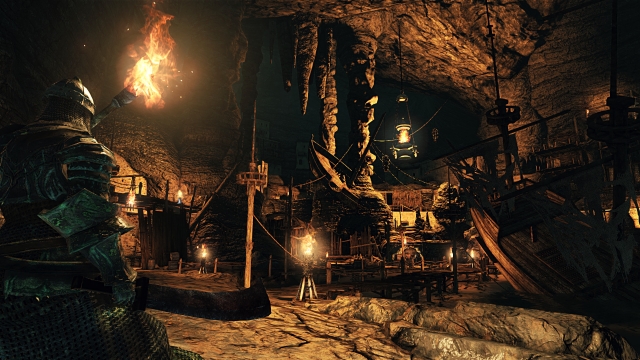 Expanding on the exploration seems like the logical first step in evolving the games. It could go a long way to have an even more interconnected map and bigger, more complicated areas. Many areas throughout the series already look like they could be fully explorable or have more than one path within them which could make them less linear and allow more varied obstacles and playstyles. Some simple, robust climbing and platforming mechanics could go hand in hand with more complicated areas.

The combat system in the series is very simple at first glance never going beyond attack, block, parry and dodge. What really holds it up is the weight each of those actions have due to the enemies being typically comparable in strength to the player, the proactive enemy AI and the environments that can be tricky to navigate during a fight. It’s easy to defend against and kill your first hollow but running into the unknown and doing things carelessly will eventually get you killed. Attacking relentlessly will leave you without stamina to defend yourself but blocking and dodging constantly may also have the same effect. Panicking and moving without awareness of the surroundings and without managing the space from your enemy may also lead you into an even less favorable position. The combat ends up feeling appropriately like a dangerous situation. 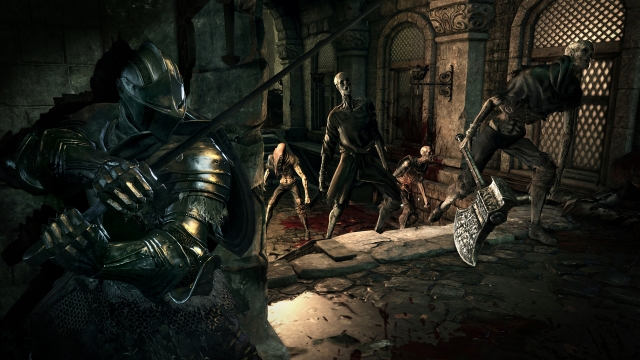 This aspect of the game works so well, that in the soulslike genre you can often see it reused down to finer details. Nevertheless’ the combat system didn’t change much throughout the series. There was power stance, weapon arts and trick weapons but generally those are just slightly different ways of doing things that were already available. As a result the player can keep using the same strategies in all of the games and there are only so many varied encounters that can be achieved with just level design. Because the combat is fairly grounded it might be best to further draw from reality. Various forms of grappling and manipulating the opponent seems quite common in historical armed fighting and there are examples of it making for good gameplay. Using the enemies against each other could give a viable option for fighting more than one opponent which could make those encounters flow more smoothly.

Because of how grounded the gameplay is and because death is never far away, the player is encouraged to get into an adventurer’s mindset and think how to tackle each situation realistically. The online invasions, summons and covenants also add an aspect of morality where the player can decide to help or hinder other players without being told explicitly if they are good or evil with some players making themselves available for summoning for their own gain and some invaders just looking for power for a way to progress. 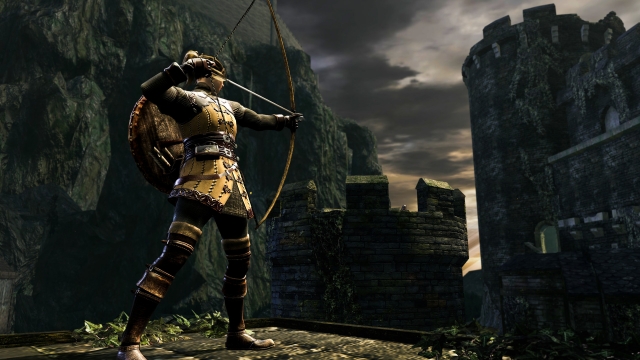 Players can further relate to their character by consciously choosing what equipment or strategy to specialise in. However occasionally the choices available can be limiting since character growth is centered around combat and alternatives to taking enemies head on are limited. I think this area of the game would get the needed improvement if combat and exploration would be expanded on as it could allow for building more varied kinds of adventurers.

Writing this made me rediscover some appreciation for Souls. In particular it put into focus how much of those games is made through many finer details and careful balancing. Perhaps I kept it too safe when thinking about how the series could evolve but those fine details would certainly make any changes have more impact.

I don’t think I am completely done with Souls or soulslike. I will continue being careful before spending my time on a new game however I’m optimistic about any innovation to the formula that may come from From Software themselves or developers inspired by their games. And I will definitely get an urge to replay an old one.

Dark Souls: Remastered For Switch Finally Has A Release Date