Playing through FromSoftware games always comes with challenges and controller smashing boss fights, but sometimes it feels like the game is going easy on you to lure you into a false sense of capability in your in-game skills. Here are, in my opinion, the top five easiest bosses in Bloodborne. These are in no particular order, and evaluated at the base game. No New Game Plus bosses included. 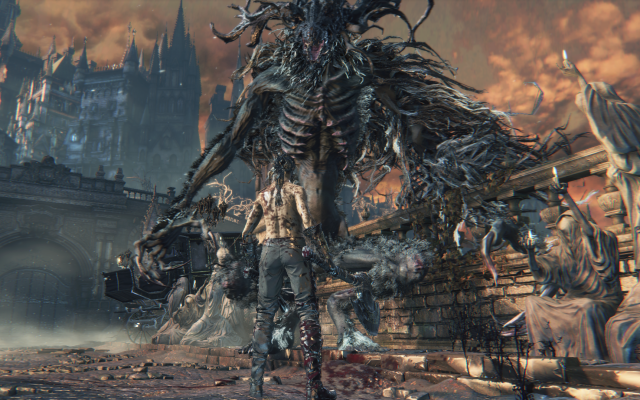 You navigate past two Scourge Beasts, a Brick Troll and a flock of Carrion Crows to reach a dead end. Approaching cautiously you are met by a giant beast jumping over the building and landing right in front of you, cue the Cleric Beast. The Cleric Beast serves as one of the first two bosses of the game and is totally optional. As large and as intimidating as this beast is, getting nice and close and swinging from the inside of the legs seems to be the best approach. I’ve found that a lot of the attacks from the monster miss or can be easily dodged when right underneath this beast. 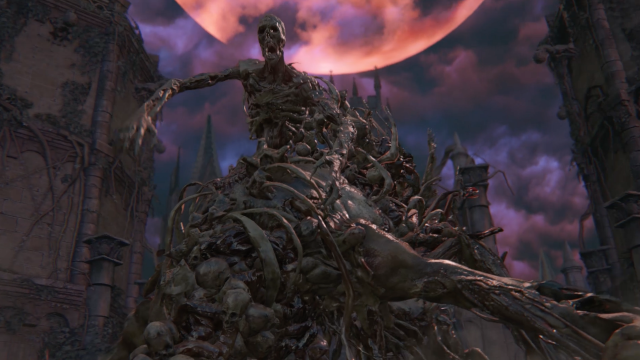 After a hellish and brutal run through Cramped Caskets, who are my second least creature, first being Winter Lanterns, to fight, and Huntsmen shooting at you, you reach a huge arena and are treated to a slightly disturbing cutscene. The One Reborn falls from the sky and the fight begins. The fight contains Chime Maidens who rain fire down on the arena; they can be easily dispatched by running up the stairs and taking a few swipes at them. With the maidens out of the way, all you really have to do is wail on The One Reborn’s legs until you stun him and attack its front for a visceral attack that deals a ton of damage. Avoid any poison it spews out, rinse and repeat for an easy win. The Nightmare Frontier area is a maze of poison and confusion, not to mention the possibility of invaders venturing in and ruining your day. However your perseverance is rewarded with another boss fight, Amygdala. This giant boss has incredibly long legs that also serve as its main weakness. Attacking its legs constantly will let you stun the boss repeatedly opening the door for many visceral attacks. Once you stun one leg, move on to another and it will be over lickety split. 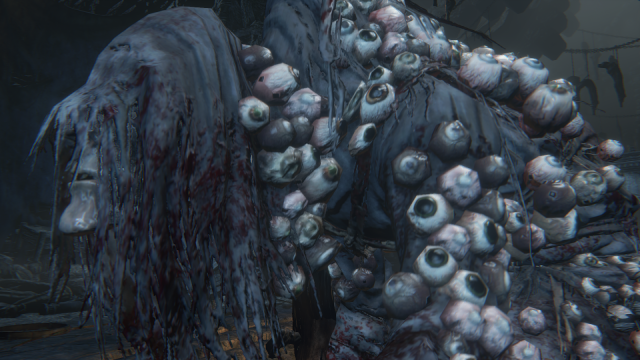 Hemwick Charnel Way has its share of challenges with the combination of Executioners and grave women attacking you in droves. The boss of the area however is quite the pushover, with or without the super secret way to cheese it. When you engage the Witch of Hemwick, it spawns Mad One creatures that are ignorable for the most part so you can search for the witch. However if you leave and come back with zero insight, the Mad Ones will not spawn so you are free to wander around to find the Witch at your Leisure and end this fight easy with little to no risk to you. 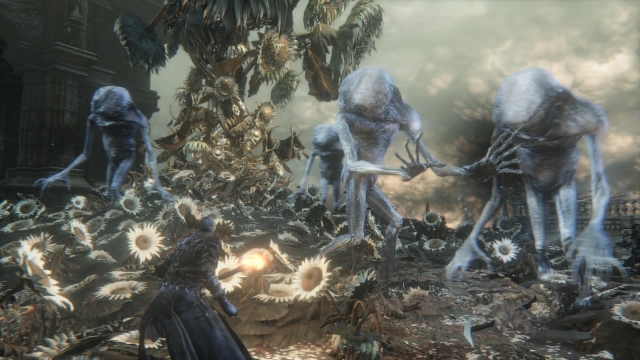 The DLC for Bloodborne challenges your skill to navigate mazes, endure onslaughts of terrifying creatures and solve puzzles. After succeeding your way through the research hall you open the door to find a flower garden with a creepy skeleton tree in the middle, and that’s when the Living Failures appear. So what makes them easy? They are slow moving, very susceptible to being parried into visceral attacks, their ranged spell moves very slowly and the meteor shower they summon always comes from the same direction so it's easy to find cover. So some very light dodge and parries and you will conquer these failures and move on to a much harder fight.

So that’s it! Which bosses did you find super easy? Did any of these bosses give you a rough time? Make sure to comment below the bosses you walked over and you better not say Orphan of Kos, kos I will know you are lying.