It’s quite a simple question really - can you build a gaming PC for £300?

Of course, at this price point, you can’t expect to be plugging into a 4K monitor with playable framerates. But it is surprising that, thanks to AMD’s very capable Ryzen APUs, achieving a £300 price point is actually a viable proposition. Not one that I would recommend for the vast majority of people; I would still push most to continue saving more money to get better performance.

For this build, I am only including the cost of the PC itself (I had to get to £300 somehow, come on), and only using brand new parts that you can go out and buy today. The second hand market is particularly volatile, especially given current events, which is why I have stuck to retail only. That also means I’m not including a mouse and keyboard, a monitor or a copy of Windows. Truthfully, a keyboard and mouse set can be had for pretty cheap these days.

So, enough of that preamble; let’s have a look at the actual parts.

This part list was generated by PCPartPicker. Please note that prices will change over time. 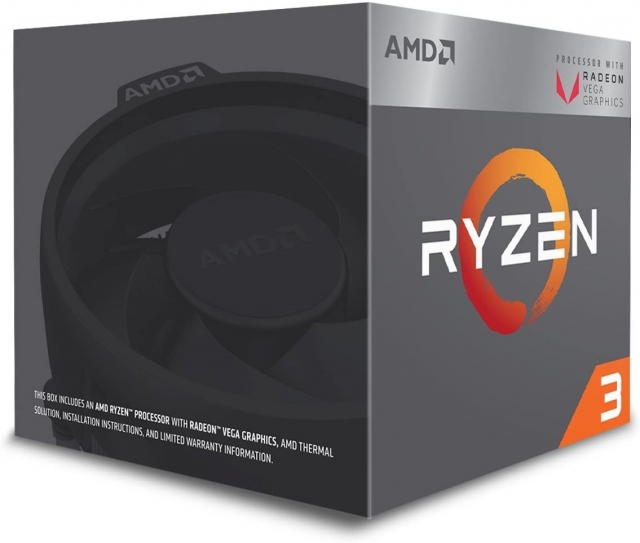 Despite sharing its numerical naming scheme with the Zen 2 architecture, released in 2019, the Ryzen 3 3200G is still based on Zen+ from the year prior. Still though, Zen+ brought solid gains from the original Zen release, along with a lot of fixes, especially relating to memory compatibility that was a nightmare for early adopters of AMDs newest line of CPUs.

It also packs eight Radeon Vega 8 graphics cores, meaning that at 1080p, this APU can run games like CS:GO, Overwatch and even Rocket League at playable framerates. Looking at a multitude of benchmarks across various outlets, even DOOM (2016) can hit upwards of 40FPS with the quality settings turned down. On the aforementioned titles, particularly Rocket League, with anti-aliasing disabled but with the rest of the settings at “High Performance”, upwards of 140FPS can be achieved at 1080p.

For ~£70 more, you could go with the 3400G, which includes SMT (simultaneous multithreading, so 4 cores and 8 threads) and three more graphics cores. It is certainly a much more capable chip, and when we compare it to Intel’s equivalent UHD Graphics solution, it doesn’t even come close - in terms of graphics power, anyway. 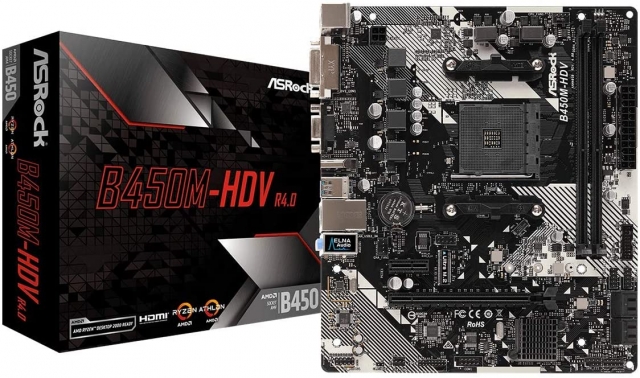 This micro ATX motherboard from ASRock sports AMDs cheaper B450 chipset, but also means that given AMDs announcement in mid-May, it will support Zen 3 CPUs when they launch later in 2020. That gives this board a good amount of future support, meaning you will be able to upgrade easily from a 3200G should you wish to.

The rest is pretty standard for a board of this type; four SATA ports, an M.2 slot, two chassis fan headers and, of course, HDMI and DVI connectivity for your monitor. In total, there are six USB ports on the back (four USB 3.1 Gen 1, two USB 2.0), so plenty of I/O to go around. 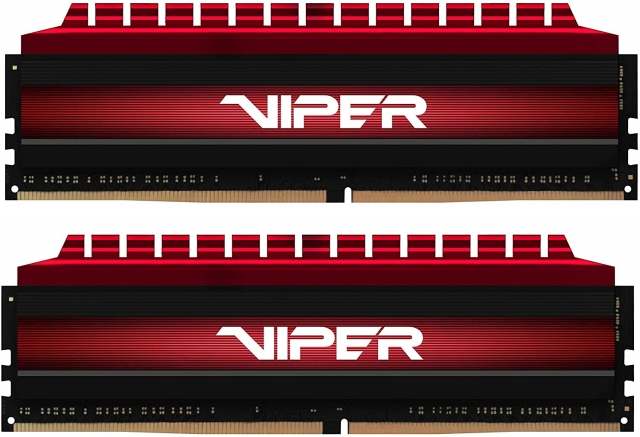 Originally, I had chosen a single Corsair Vengeance LPX 8GB stick and was planning to suggest that you purchase another one in the future to take the total to 16GB. However, after seeing benchmarks with single and dual channel memory configurations, it is obvious that in single channel mode, the 3200G will become heavily bandwidth starved for memory (Ryzen does need fast memory anyway). Therefore, I have swapped out to two 4GB sticks instead.

What does this mean? Well, think of a country lane in the English countryside. It’s frustrating isn’t it when you’re driving along, and someone comes shooting up towards you with no passing place nearby? Well, that’s what happens here. Data is being forced down a single path (i.e., single channel) rather than having an alternative path to go down (dual channel). Motorways can fit much more traffic down them, hence the more memory you have, the more paths are available for data to travel down.

NVMe SSDs have rocketed down in price over the past year or so, making this entry level Corsair stick very affordable. Windows will fly and any games you do have on here will be extremely quick. 500GB might not be enough for gaming down the road, so I would suggest purchasing a large HDD or perhaps another SSD if your budget can swing it in the future, simply to store games.

A 1TB Seagate Barracuda drive, with a 7200RPM spindle speed that you’d really need in a game storage drive, would currently set you back around £35. BitFenix have been around for a while, and on their website, they claim that they create peripherals “that blur the line between man and machine”. Now, I’m not sure this PC case is blurring any lines, but it’s a good, solid entry level case with plenty of room to build in. There is a rear exhaust fan included, which for most people will be enough with the components listed here. It may be worth suggesting that, as the case supports two 120mm fans up front, you look to put some in should you add a graphics card in the future, or a more powerful CPU throwing out more heat. 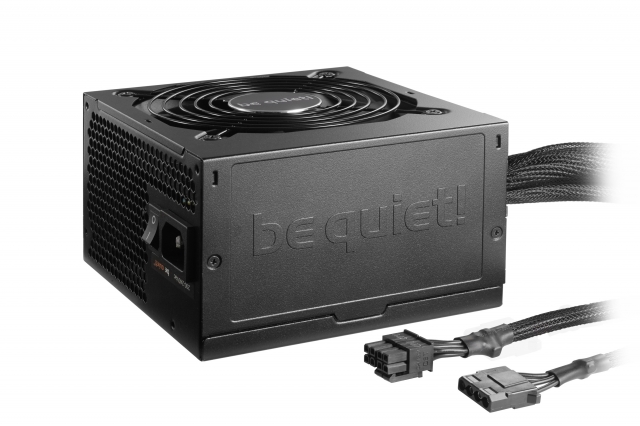 A good power supply is very important in any PC build; a poor performer can result in components not receiving enough power under load, or voltage spikes causing damage to expensive parts of the PC. This PSU is plenty powerful enough for this build, and comes from be quiet!, a reputable supplier. The 80+ Bronze certification, whilst not the highest you can get, provides a guarantee too that it meets certain criteria. Mostly over efficiency, but the more efficient a power supply is, the less heat it generates in lower loads levels as more power it draws from the wall it converted to power, rather than higher temperatures.

And there we have it! It comes in just over £300, but it’s close enough. There is plenty of scope for upgradability, which is the best part of the AMD Ryzen lineup on the AM4 socket. Just bear in mind that if, in the future, you decided to move off of an APU and onto something like a Ryzen 5 3600, you will also need to budget for a graphics card, as the upper-end Ryzen parts do not have an integrated GPU like most of the Intel equivalents.