EDIT - In the article, a reference is made to Alain (Bmc Studios) discussing Jetpackin' Heat as the “worse shit imaginable that can ‘count’ as a game". This quote is, in reality, referencing an upcoming title, not Jetpackin' Heat.

Bmc Studio trades in crap; low-effort anti-games that, by their creator’s own admission, are born from dumb, spur of the moment jokes. Since 2016, Bmc has flooded the Steam store with a deluge of cheap and shoddy titles that leech off hot internet memes. Kimulator: Fight for your destiny involves fighting Kim Jong Un and a base of North Korean soldiers, represented by GameGuru stock assets combined with some of the lowest-effort FMV known to humankind. Dabman: When the Haters Dab Back leverages the ‘dabbing’ trend of yesteryear and tells a live-action ‘choose your own adventure’ narrative that follows a dabbing superhero fighting his nemesis, The Emoji Eradicator—yes, really. Recently, the studio’s Coughing Simulator made light of the Coronavirus pandemic, telling players to “Use this game to cough in the safety of your own home” in reference to the dry cough synonymous with the virus. All told, the Bmc Studio catalogue is now 22 games deep. That’s 22 games of irredeemable shovelware that, at best, resemble low-tier flash games stitched to the dreadful YouTube sketches of a bored teenager. 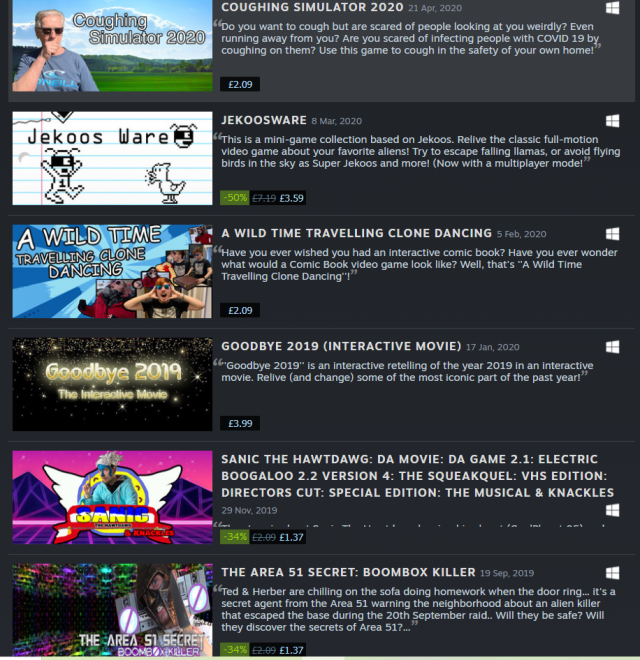 These games may be devoid of substance, artistic merit or fun, but the creator makes no effort to hide this fact; there’s no trickery going on concerning the standard of work produced by Bmc Studio and so I don’t feel the games inherently deserve removal or censorship, despite how much I dislike them. With that said, Steam has the final word. While I personally don’t have an issue with someone selling novelty, cash-grabbing crap if they’re 100% honest about it, I also believe that Steam is fully justified in removing the game from its storefront if it chooses. My ‘live and let live’ stance on Bmc’s output, however, doesn’t extend to its latest and worst project to date. 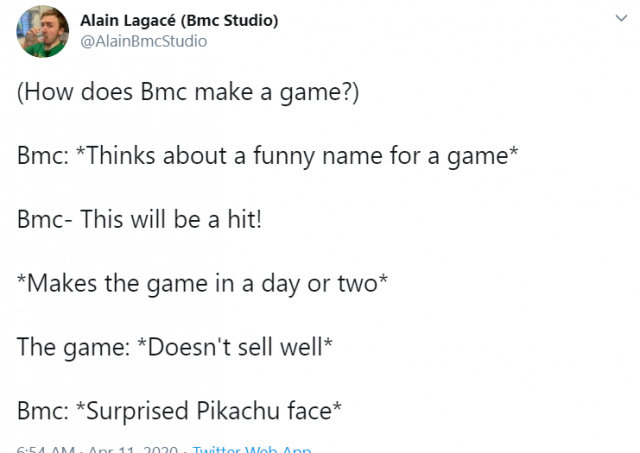 I hear Naughty Dog have a similar development process.

The upcoming project has attracted some amount of online buzz. Titled ‘Each Sale I Drink a Glass of Water’, the game/experiment/stunt is soon to launch via Steam Early Access with an interesting, if potentially concerning, premise (which astute readers may have already guessed). For the project’s Early Access period of one year, the creator plans to record himself drinking a glass of water for every sale it receives. It will then be updated each Friday with a fresh batch of water-drinking clips, one for each individual sale. 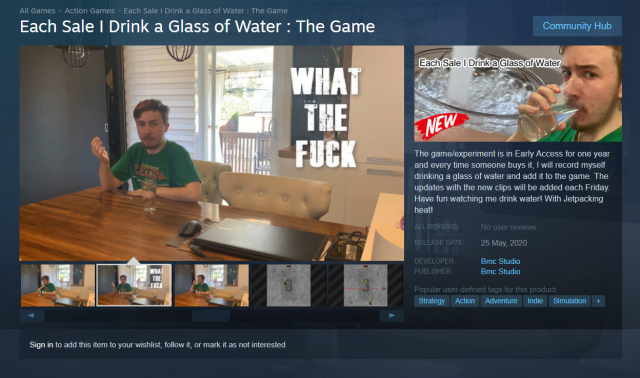 Yeah. "What the fuck" sounds about right.

On 24th April, the project’s pre-release page found itself removed from Steam for failing to meet the store’s requirements for interactivity. Rather than accepting defeat and maybe even reflecting on his choices, the creator instead set out to release an updated version of the experiment with an additional mini-game that would fulfil Steam’s interactivity requirements. Titled Jetpackin’ Heat, the mini-game is—again, by the creator’s own admission—the “worse shit imaginable that can ‘count’ as a game”. Lo and behold, the updated version was accepted and is set for release this month, May 2020. 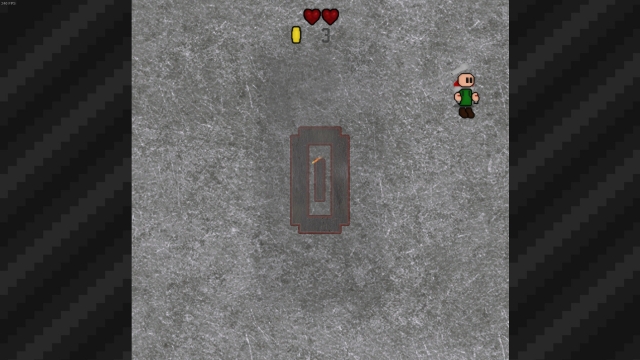 Pictured: Jetpackin' Heat in all of its... glory.

Naturally, concerns of water intoxication (otherwise known has hyperhydration or water toxemia) surround this project. And yes, considering that consuming six litres of water in one sitting can easily hospitalise—if not kill—the average person, the danger of following through on this project is plain to see. If this game were to receive hundreds of sales per week, the creator’s health would be severely at risk; if thousands of sales were achieved per week, death would be unavoidable. However, if the game did receive those sales figures, its creator will almost certainly not follow through on his pledge. He may fall back on some loophole in the store page’s phrasing, he may pull off some feat of trickery or he may just raise a figurative ‘middle finger’ and refuse to drink the water altogether. Whatever happens, the creator WILL fail to uphold his end of the bargain, or else he’ll die. For this reason, I believe that Each Sale I Drink a Glass of Water crosses an ethical line that the studio’s previous 21 games have not. 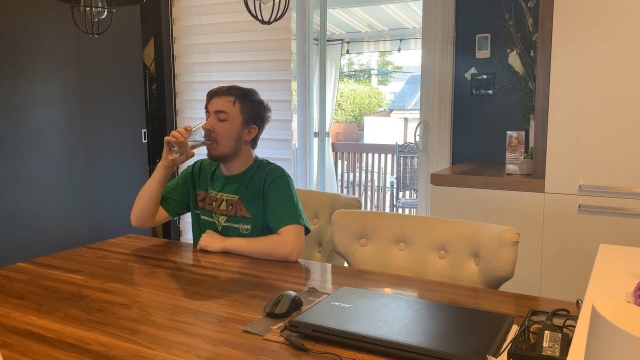 Even less so than the studio’s previous releases, there is no gameplay or substance of any sort to Each Sale I Drink a Glass of Water. The product IS the promise of drinking water: a promise its creator will likely be unable to keep. As a provider of a product or service, the moment you lie, deceive or trick your customer-base is the moment you forfeit any ethical right to your customers’ money. For that reason, I believe the product should be removed from Steam. Either Each Sale I Drink a Glass of Water is a false bill of goods or it’s a reckless act of self-endangerment. Whichever is the case (likely the former), the project isn’t a harmless novelty like Kimulator or Dabman and it shouldn’t remain on the Steam store.

What do you think of Each Sale I Drink a Glass of Water? Is it a stain on the Steam store? A harmless joke? Or an art project hiding multiple layers of social commentary? Let us know your thoughts in the comments!

It was originally supposed to launch right at the start of the month. Just days prior to that, it had a notice saying that the publisher had removed it from sale - despite it not being on sale. Then the page went down and came back as you described.

But we all know it'll get them. Lots of them probably.

There's now a game where the percentage of cutscenes to actual gameplay will be higher than a Final Fantasy title...

That said, at least the FF FMVs have a point. Some story telling going on.

However, I wonder if this "game" will end up being pirated on YouTube. Another first, I'm sure.

I don't think it's fair to say Final Fantasy games have more storytelling than Each Sale I Drink A Glass Of Water, we're not sure where the storyline of the game will go yet. There could be a big reveal before the end of season one that changes the game for good.

Each Sale I Drink a Glass of Water : The Game