The definition of human is vague and misunderstood at best. Humans are distinct from our other mammalian and primate counterparts. Our flesh and blood do not precisely set us apart, but it is what comes with being human. Despite those variables, something makes us morally, ethically human, but what are those things? Are those things our emotions, thoughts, actions, free will, the concept of a soul? Well, all of them play a massive part in what makes us “human” in terms of having a sense of humanity. You would not think to see these qualities in a synth if you were a survivor in the Commonwealth.

Save for one exception, the synths in Fallout 4 that are visually synthetic are a danger to the Commonwealth and are immediately hostile, depending on who you are siding with. They lack one of the most fundamental qualities of what we define as human, free will. Created by the clandestine faction, The Institute, they lack free will, purely existing for servitude. The first and second generation of synths follows this unspoken rule with insistence.

The human question truly comes into play with the third-generation synths. They look like us; they think like us and have emotions. A small number of individuals in the Commonwealth believe that these synths’ understanding of free will is enough to make them human and deserve liberation. But are these synths like us? Are these synths human? 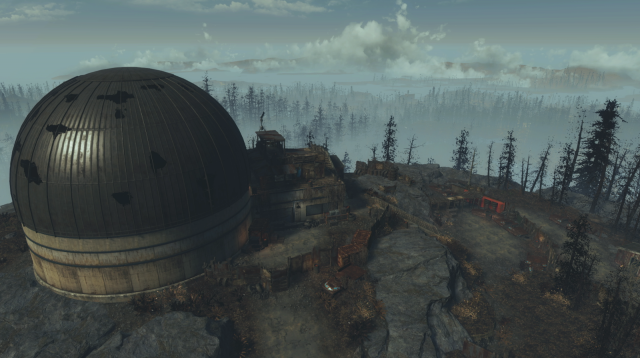 What Does It Mean to Be Human?

Throughout your ventures as the Sole Survivor, evidence of humanity’s despair and hope is through the ruins of what was once Boston, Massachusetts. Another defining quality of humanness is our stubbornness; we refuse to go extinct. The small farms scattered throughout inhabited by struggling families who refuse to succumb to an environment that has become incredibly hostile is a uniquely human feat. Places like Diamond City and Goodneighbor display the innovation and survival of humans. Despite the apparent dilapidation of those places, you cannot help but admire the determination of everyone involved.

The Institute believes the efforts that those of the Commonwealth have taken are futile. Their stubbornness, in the eyes of the Institute, will destroy society. Their belief in the artificial as the next step in the evolutionary process is the only way to save humanity. This stance differs from the Brotherhood of Steel, now led by Elder Arthur Maxson, who believes that the very survival displayed throughout the Commonwealth makes people human.

The human question includes ghouls and super mutants, who have proven to have free will. Feral Ghouls, as we know, were once people who suffered from extreme radiation. Ghouls are those who have some sort of genetic enhancement that allows them to retain their “humanity” before the inevitable turn to feral. The human question applies to them as well, but they are not the subject to much abuse in Fallout 4 as the Synths are. It is more interesting that ghouls, in many cases, are treated with respect. There are characters like Hancock, the Mayor of Goodneighbor, and Strong, who aren’t human, exhibiting earlier qualities.

The Factions of the Commonwealth

The ultimate treatment of the synths in the Commonwealth boils down to the ruling faction by the end. The Brotherhood of Steel and the Institute share the idea that synths are nothing more than artificial humans who should not be capable or have the privilege of free will. Where their differences lie is how to handle synths. The Institute is the most complex faction when it comes to the Human Question about the Synths because they are the creators. They do not see them as humans but also do not see Synths as something to dispose of. For the Institute, their creation of the synths means society’s survival, the next inevitable step in the human evolutionary phase. However, the Brotherhood of Steel has called synths and anything else that does not look like humans abominations. The human question comes up numerous times with the Brotherhood of Steel, and it typically comes down to whether some have human flesh and blood.

The Minutemen are mostly indifferent in their opinion of synths. Their primary mission as a faction is to protect the people of the Commonwealth from threats and build a society from what they have. They are often seen as the most genuine faction in the game and can be sympathetic to synths’ human questions. The Minutemen see the Institute as a threat because of the fear and kidnapping throughout the Commonwealth. The reason alone can make them hostile towards the synths that are carrying out the Institute’s plans. The Railroad, however, is the most sympathetic towards synths, many even going as far as to consider first- and second-generation synths deserving freedom. Much of the Railroad is of synths freed by the Railroad, offering help in freeing more and taking the Institute down.

Despite the differences and similarities in the factions about synths, the question remains; are synths human? Well, no, at least not in the way the Brotherhood of Steel or the Institute consider humans. The synths like Nick Valentine, Glory, Deacon, Paladin Danse have free will. They have dreams, emotions, thoughts, and questions about who they are and their purpose in the Commonwealth. These are things that I am sure just about anyone in the Commonwealth deals with every day in their lives. 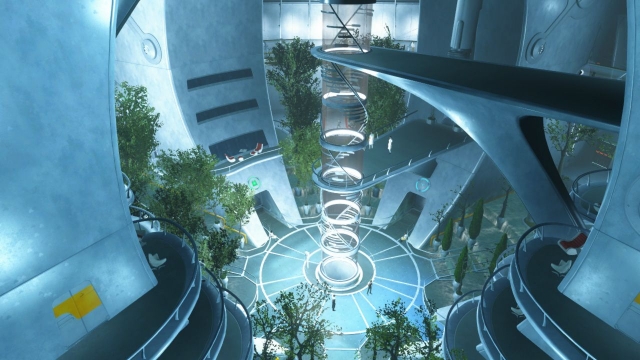 Why Are Synths the Target?

Why are synths treated with such hostility and fear? The citizens in Diamond City lie awake at night, paranoid and convinced that their family members could be synths. At the same time, that can mostly be blamed by the newspaper that tries to spread the truth about the Institute’s danger but at the expense of raising fear. Of course, the thought of your loved one replaced with a synth would scare anyone. Especially if that synth is there to carry out the Institute’s orders, whatever those orders may be.

Perhaps they are a primary target because they look human. Feral ghouls and super mutants are an obvious enemy because usually, they are trying to attack first. However, Synths, especially the third generation, strictly infiltrate and take established cities down from the inside. They look the most like us, but they can do more than us.

Biologically, no, synths are not human. Many synths do not want to be human, like Glory in the Railroad. They want to be a free and separate entity, at least the ones who seek liberation. The human question is challenging to apply in a society like ­Fallout as there are times where even the actual humans are more like monsters. While challenging to use, one cannot help but notice the amount of times humanity is brought up in Fallout 4. In Diamond City, Nick Valentine is respected by many of the citizens. The people make the distinction that Nick is not like the synths from the Institute.

Perhaps the fear lies more with the Institute than the synths themselves. The Institute’s motives through most of the game are unknown, which causes most of the fear in Diamond City. It is also what causes the Brotherhood of Steel to show up and declare war. If the Institute weren’t the root of the synth problem, then synths may not be treated as the enemy. To gather up the synth as one autonomous force would be to deny them of their individuality. This is the case with Hancock and Strong, both a ghoul and super mutant, stepping outside of the category that society has placed them in. Maybe the same can be true for synths.