Game Over: Life is Strange: Before the Storm

Several years ago, I reviewed each episode of Life Is Strange as it came out. For some episodes, the review was written the day that it released. An adventure game where your choices affected the outcome, with a time travel mechanic? I loved it - the lowest scoring episode got 7/10.

However, when I heard about this prequel, I gave it a miss. DontNod said everything I thought that they could say with Chloe Price, so I wasn’t going to pick it up. But then I got Xbox Game Pass, and Life is Strange: Before the Storm was right there. 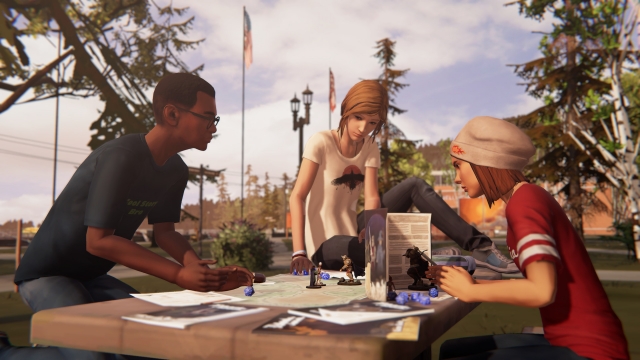 As I mentioned, this is a prequel to Life is Strange, set a few years before Max’s triumphant return to Arcadia Bay. You play as Chloe Price, Max’s best friend before she moved, who has been getting into quite a bit of trouble at school ever since. She’s also in $120 deep with her drug dealer and has no friends. Until one night at a concert with Rachel Amber, the most popular girl in school, changes her life.

Well, it doesn’t stop her being in trouble with the principal, hating her mother’s boyfriend or bring Max back - but it does give her a friend. A friend who she becomes pretty obsessed with and, depending on your choices, is most definitely in love with. It was implied a few times in Life is Strange that Chloe wasn’t straight, so I leaned into that choice happily. 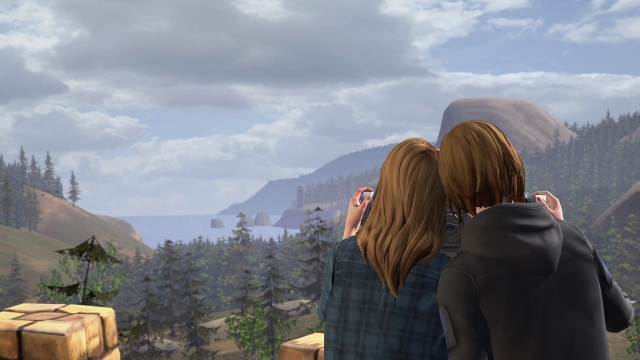 As with the previous game, the action takes place in a few places around Arcadia Bay. I was surprised that they didn’t reuse the diner where Chloe’s mother works, especially as they did reuse the junkyard and parts of Blackwell Academy. Oh, in this game it’s definitely a high school given the ages of the characters. Weird that there doesn’t appear to be a public school in town, as education at Blackwell is definitely paid for, but it wouldn’t have played into this story anyway.

Taking place over a few days (and three episodes), Life is Strange: Before the Storm sees Chloe skipping school, fixing up a car, being in a play, dying her hair and visiting the hospital multiple times. It will take about 10 hours to complete, and much like Life is Strange had Max taking instant photos of things (AND SHAKING THEM!), this has Chloe graffitiing things with a pen. Each one gives you an achievement, so are worth checking out.

As it’s episodic, even though you’re now playing through all of the episodes and have them all installed, at the end of each one you’re treated to a teaser. At least one of the teasers didn’t happen in my playthrough, because I hadn’t participated in the inciting event. Also, I was wearing different clothes for two of them. It’s weird… 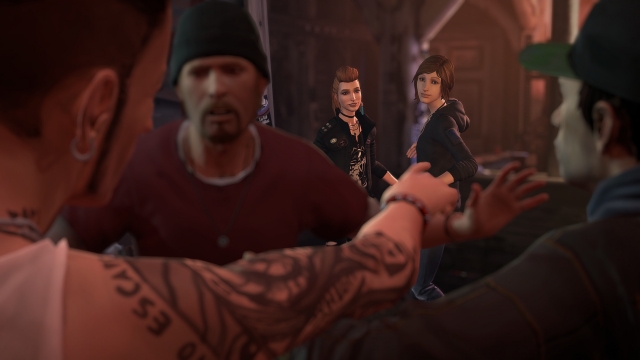 I probably shouldn’t write this without mentioning that, due to the voice actor’s strike which was happening at the time, Chloe is voiced by another actor. However, Ashly Burch did help write the game, and coached Rhianna DeVries in the role. Personally, I enjoyed the performances from everyone.

The story is enjoyable, and well worth a look if you’re a fan of the Life is Strange characters. A word of warning, though, is that there is more swearing in the first episode than I remember being in the entire of Grand Theft Auto V. Also, they use the word “hella” unironically.

Life is Strange: Before the Storm is available for PC, PlayStation 4, Xbox One, iOS and Android. There is also a fourth bonus episode, but that wasn’t included in Game Pass so I didn’t play it.

Life is Strange: Before the Storm