How Stick Drift has Changed Me for the Worse

There was a time, not so long ago, when the phrase “stick drift” meant nothing to me. Upon hearing it, I may have asked you if it was something to do with cars, or perhaps the nesting habits of beavers. Not any more. I’m someone who plays console videogames in 2021, which means stick drift is something I hear about regularly and live in constant fear of. In fact, it’s changed how I feel about and behave around gaming hardware on a fundamental—and frankly concerning—level.

Each of the three main console manufacturers—that’s Nintendo, Microsoft and now Sony—has at least one class action lawsuit filed against them for their respective controllers’ Achilles' heel. That is, the components inside the analogue sticks have a tendency to lose their ‘centre point’ or else degrade in some other capacity, meaning that they grow unresponsive or drift off slightly in one direction. Should your controller begin to suffer from this affliction, you’ll find the in-game camera moving of its own accord; your character may begin to move without you so much as laying a thumb on the left stick. Needless to say, it’s not good. If you’re covered by manufacturer warranty, you should be able to get it repaired or replaced (with a hefty waiting period). If not, well, it’s time to get the soldering iron out and head to eBay for an unlicensed at-home repair kit. 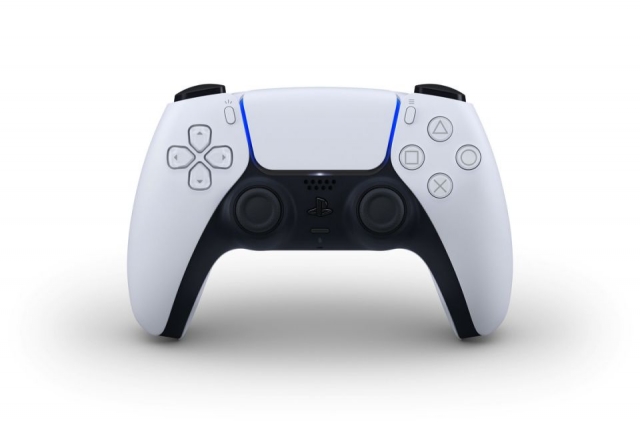 One recent report from iFixIt states that the DualSense, Sony’s PlayStation 5 controller, could start dragging its heels (or rather drifting on its heels) after just 417 hours of use. While that figure does appear to be a little pessimistic, there’s no denying the worrying picture it paints: controllers are very much mortal creatures. In previous decades, they seemed near-eternal, but now their lifespans aren’t giving your average fruit fly much to be envious about.

That's the revelation which struck me a few years ago when I was the proud owner of a shiny new Nintendo Switch, soon to be the disappointed owner of a wonky drifting Switch. Learning that a fundamental component of Nintendo’s premier console could go lame after just a handful of months was a shock. It felt like discovering that my own fingers could, at any point, spontaneously fall off. I’m exaggerating, obviously, but you get my point. I didn’t know that I was meant to regard controllers with the same sense of permanence as I do lightbulbs. But now I do, and I’m tormented by the fact that I can’t replace them as such. In my mind, every second I use a controller is a second closer to its inevitable demise and a £50/60/70 blow to my bank account. Granted, it’s not a life-ruining amount of money for me, but it still feels unjust. Imagine driving a car and knowing that, the moment one of the headlights goes out, you’ll have to explore warranty-voiding repair methods, send it in for servicing or else abandon it. That’s absurd, right? Changing a headlight doesn’t warrant the services of a mechanic, and it certainly doesn’t mean your car is close to death. And yet, these controllers are designed in such a way that they’re practically done for when their lightbulb (i.e. analogue stick) starts to misbehave.

As a result, I’ve steered clear of my own official controllers in favour of my dusty, hollow, garishly designed third-party ones. That’s right, I’m subjecting myself to a sub-par gaming experience because I don’t trust my controllers to do their damn jobs. Sure, the cheap third-party ones might suffer from stick drift too, but it’s easier to swallow a £10 to £20 replacement cost over a £50, £60 or £70 one.

So, what’s the solution to fixing this industry-wide issue? How can we move forward with joystick technology that's doomed to deteriorate? Simple, they're as fragile as lightbulbs, so make them as easily replaceable too! Now, I say that, but I’m no technician. It’s very possible that achieving this would require some monumental feat of engineering; I just don’t know. The point remains though, that if Sony, Microsoft or Nintendo really wants to impress the gaming audience, they needn’t bother with motion controls, 'premium' metal components or adaptive triggers. All they need to do is design a controller with a simple screw-in, screw-out analogue stick and they'll have us all eating out of the palm of their hand.

Is that even possible? I don't know, but one can dream.