Remasters, re-releases, reprints; everywhere you look publishers are forcing us to remember the good times and empty our wallets in response. Even games with the slightest smidge of cult appeal received a resurgence, from Dark Souls to Rogue Trooper, all resurfacing for the modern generation.

I’m not a cynic to this, in fact I think it’s beneficial when done to a quality standard and released at a budget price. It’s a stand-in for the middle market of generations past, all whilst introducing gamers to distractions they’ve never played before. Nearly everything we may want has been brought back to life, but there are definitely a few titles that need resurrecting for modern consoles. SEGA has had an odd few years, relying heavily on Sonic and Yakuza to ferry them across the ever-changing gaming landscape. Binary Domain was a distraction that filled the gap between them and flew so far under the radar that even the NSA couldn’t detect it.

Binary Domain is a cover-based, third-person shooter that was released at a time when you couldn’t leave the house without seeing something pertaining to the genre. Despite all this, Binary Domain set itself apart with a story that bleeds in bits of Blade Runner and Ghost in the Shell, running and gunning down the machines that stand in the way. Gameplay innovated slightly with limb destroying combat that altered strategies, as well as directing your squaddies to make their own maneuvers through your own voice commands.

I admire Binary Domain for being a solid romp through an enjoyable campaign, something that could be incredible with more frames-per-second and updated textures.

Majin and the Forsaken Kingdom Even with my sardonic, cold heart, I am a sucker for cute dynamics between protagonists, especially when half of the duo is an overpowered beast. The likes of Titanfall 2 and The Last Guardian recently scratched this itch, harkening back to my time with Majin and the Forsaken Kingdom.

Majin and the Forsaken Kingdom holds up similarly to the likes of Ico: a mix of puzzle, fighting and platforming in which teamwork makes the dream work. It’s a fun, melting pot of gameplay that makes it worthwhile to play through the fairy-tale like story.

Unfortunately, it wasn’t a perfect game upon release and struggles to hold up today due to flaws in the combat, AI and visuals that can be cumbersome. Still, underneath these issues lie a gem which modern fixes could allow to glow on current hardware.

El Shaddai: Ascension of the Metatron 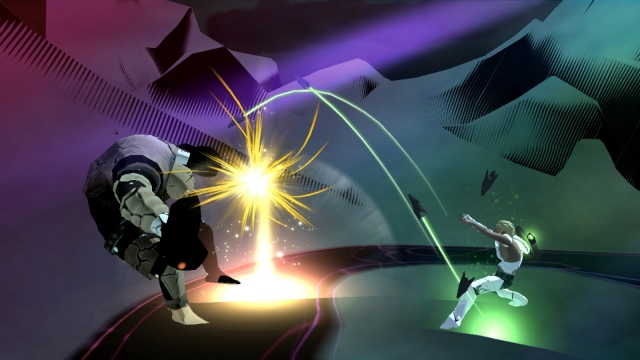 There aren’t many games based on Judeau-Christian lore and there definitely aren’t any games like El Shaddai. To sum up El Shaddai briefly, it’s bonkers, but brilliant in the way it goes about it. At its core, El Shaddai is a hack and slash, but often shifts gears into all sorts of gameplay variations to remove any stale taste. Underneath all of this is a psychological twister of actions that messes with players and forces them to second guess what is happening on screen.

The visuals of El Shaddai are what truly help it stand out. Every single frame of this game is a kaleidoscopic injection into the eyes that drift in and out to match the context of the gameplay or story beats. Style doesn’t completely dominate the substance of the game, which involves a deep, but insane plot revolving around the book of Enoch and destroying fallen angels.

If anything, El Shaddai needs a remaster to give it the spotlight it requires and a fresh coat of paint could make the entire package phenomenal. 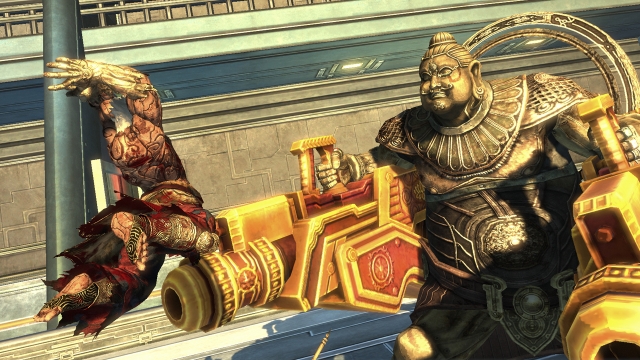 Moving from Judaism to Hinduism, Asura’s Wrath was a storytelling work of art that few delved into. An evocative story of anger, betrayal and suffering that was wrapped in brief beat ‘em up fights and magnificent boss battles.

Asura’s Wrath is a playable anime that could have been an instant classic if Capcom released it properly, instead of locking the true ending and major plot threads behind a paywall. A re-release could be what is needed to see the story in its complete form and have it available long after its digital content ceases to exist. 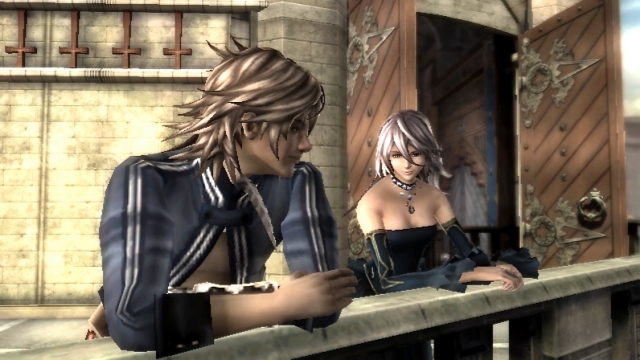 The Last Story is a forgotten game as far as its legacy goes; originally part of a campaign for localisation that saw a triad of excellent JRPGs spinning in the same disk tray Wii Sports would usually fester in. It’s a game that was met with a plethora of angry forum posts about its Nintendo exclusivity and how it could be great on other systems, fervour that makes it prime for a remake.

Mistwalker poured gallons of soul into this JRPG and while its nothing groundbreaking, a thick plot and accessible combat makes the gameplay binge-worthy. The characters are charming, voiced well and have genuine chemistry that isn’t seen frequently in the genre. The Nobuo Uematsu soundtrack is a beautiful addition that shines in his discography and would sound majestic in higher quality. The Last Story is a game filled with ambition and tried to achieve this on limited hardware, which really gives credence for a remaster or a full remake. 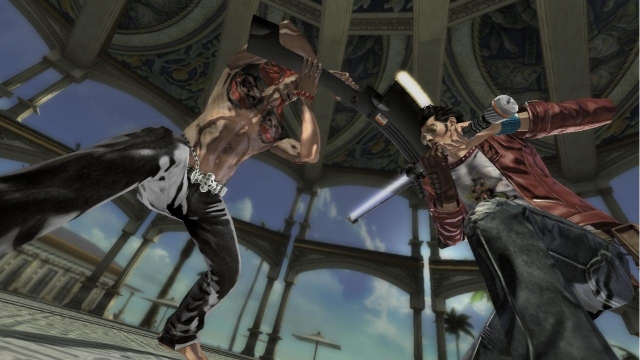 By now you may see that I have a penchant for anything that replaces the inane for the insane. No More Heroes follows suit, with Suda51 utilising his warped mind to create one of the best Wii games in existence… which was then updated slightly for the PlayStation 3. No More Heroes is a love letter to nerd culture, referencing games, movies and anime as much as it possibly can.

The gameplay is slightly dated, but the unique boss battles and story keep everything moving. Dialogue is evocative, witty and engaging and the gameplay bounces off of this, succeeding at juxtaposing its hilarity to its dark and slightly depressing undertones. No More Heroes 3 will eventually be in our grubby hands, so I’m hoping Nintendo cook up a remaster for the rest of the trilogy. 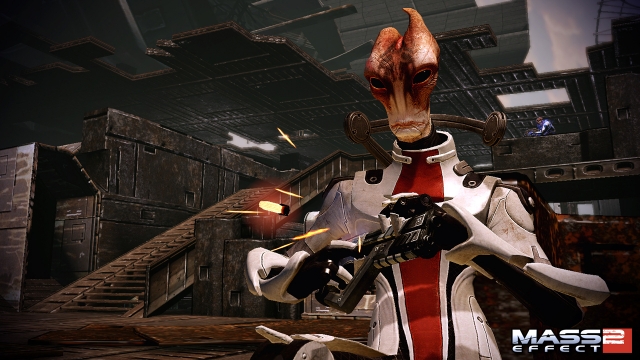 In comparison to the other publishers dominating gaming, EA have been reluctant when releasing remasters, with only a few classics resurfacing over the generation. Out of all the games not to be remastered, Mass Effect is one that is mentioned in most nooks of the internet. Few other trilogies and franchises from the previous gen managed to achieve the heights that Mass Effect managed, with a fan base that even Mass Effect: Andromeda couldn’t quake.

Although most Xbox 360 and PC gamers had prime access to the sci-fi epic, PlayStation 3 gamers didn’t receive the same fair treatment, instead receiving the first entry long after release and at a high price. Nintendo gamers were served much less with Mass Effect 3 being the only helping on the Nintendo Wii U. New textures, graphical updates, engine overhauls and an inclusion of all DLC could be a must have release for gamers everywhere.

House of the Dead Overkill 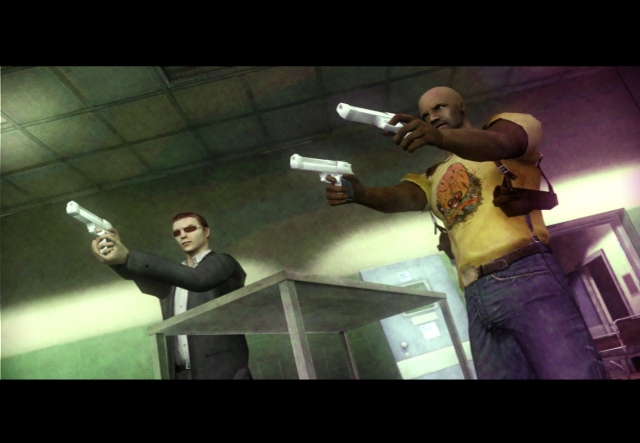 I originally had a hard time liking the House of the Dead series, there was one in my local arcade and it ripped my pound coins from me every time. As a result, I barely touched the series, or any light gun games at that. When the Wii was released I set aside my grievances and dug into the genre, thankfully bringing me to the nihilistic joy that was House of the Dead Overkill.

Overkill managed to get a spate of releases on various consoles, even getting a Typing of the Dead variant, but still it sits in the doldrums of the past. It’s hard to bring these games to a gaming industry that has since forgotten motion controls, but there is one place it could survive; VR.

House of the Dead Overkill is an experience that would fit VR to the tee, allowing for a grindhouse experience complete with all the ‘F words’ you can audibly absorb. Spec Ops: The Line is a diamond in the rough, a competent third-person shooter that holds one of the best narrative threads ever seen in gaming. I won’t spoil the game for those who haven’t played it, but Spec Ops is a deceptively beautiful depiction of agency in gaming and in war. Few games have achieved what Spec Ops managed and unfortunately only built its rapport with a pocket of gamers long after release.

Spec Ops: The Line is more relevant than ever in the modern political atmosphere and would resonate just as well today as it did on release.

Can't argue with this.

El Shaddai: Ascension of the Metatron