2014 was a funny year for games. We saw major titles like Missing Profile and Assassin's Creed Unity disappoint with numerous game-breaking bugs, while titles such as Middle-earth: Shadow of Mordor and Wolfenstein: The New Order surpassed everyone’s expectations on their release. It was also a year which saw the battle between the new consoles heat up, with both the PS4 and Xbox One getting some great titles and big bundles to help outsell each other. But in this somewhat turbulent year, there were still plenty of outstanding games to play, and these are my favourites.

5. South Park: The Stick of Truth 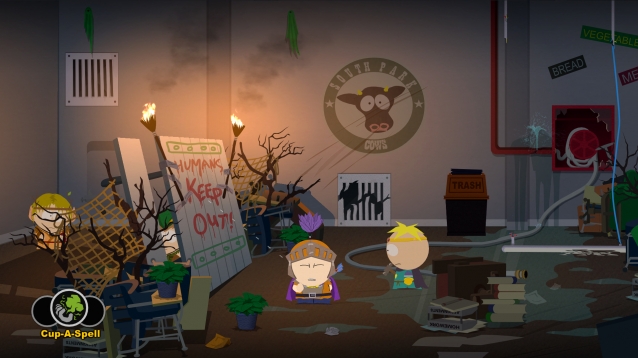 Good video games based on movies are hard to come by, but good games based on TV shows are even rarer - that's what makes South Park: The Stick of Truth so impressive. Not only does it work as a solid RPG, it also acts as a 12 hour-long episode of South Park. Obsidian Entertainment have a real love for the cartoon, and that shines through in every aspect of the game. It’s perhaps most obvious in the visuals, because you’d be forgiven for mistaking the visuals as footage from the show itself.

As well as successfully emulating South Park’s look, it features a very funny script written and delivered by Trey Parker and Matt Stone. As an RPG, The Stick of Truth is pretty traditional, but the cartoon’s trademark satire and shock humour liven up the formula. I was never challenged by the gameplay, but the relativity short campaign (compared to most RPGs) is packed with enough hilarious and memorable moments to make the game a must-have for any South Park fan. Destiny was met with much criticism upon its release, most likely due to the insane hype set by Bungie's work on Halo. I can't say I disagree with all the complaints; the story is incomprehensible and missions are pretty repetitive. None of this bothered me though - I was too drawn in by the satisfying combat, amazing visuals and addictive progression system.

One thing you can't fault Destiny on is its ambition. By changing from a linear campaign in Halo to an MMO-like structure, the game loses the traditional hero storyline but gains a sense of community. Battling enemies with strangers is nothing new, but it gives Destiny an air of scale and grandeur that's missing in most first-person shooters. Add to this some excellent competitive multiplayer and you've got yourself a suitably epic follow up to one of gaming’s most legendary franchises.

3. The Last of Us: Remastered 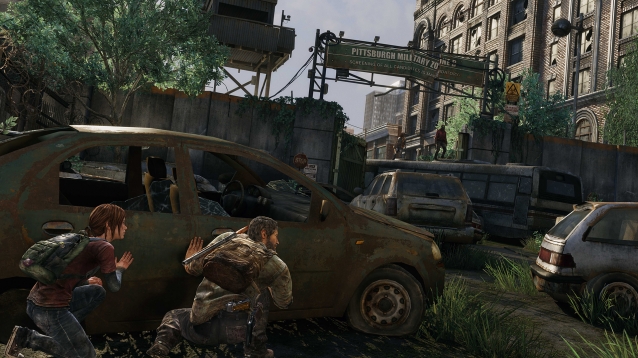 I’ve always been a fan of Naughty Dog’s unique blend of memorable characters and third-person action, and the studio excelled themselves with The Last of Us. Following the success of Nathan Drake’s swashbuckling adventures in the Uncharted series, Naughty Dog turned their attention to creating a darker, more mature story. To put it in cinematic terms: if Uncharted is Indiana Jones, The Last of Us is Children of Men.

The game sees you playing as Joel, a middle-aged man who has to a escort Ellie, a 12-year-old girl, across the post-apocalyptic US. It’s a superbly executed tale, one which makes use of quiet moments - a real rarity in big budget games - giving you time to connect to the characters and their plight. You’re also far less empowered than in most action-adventure titles; Joel can be taken down in a few hits, so you’re forced to play cautiously, skulking in the shadows and managing resources. The combination of immersive gameplay and excellent storytelling makes The Last of Us one of the most affecting and cinematic games around.

I missed The Last of Us when it first released on PS3 in 2013, but the 2014 remaster for PS4 - which runs at a higher resolution and frame rate, and includes the Left Behind DLC - is the ultimate version of the game. This was a game that I had little-to-no knowledge of prior to its release in September. Still, my love of Tolkien saw this open-world title shoot to the top of my wishlist. The Lord of the Rings series has a spotty record when it comes to videogame adaptations, so my expectations were tempered somewhat. I had no reason to worry though, because while Shadow of Mordor isn’t exactly a brilliant piece of Middle-earth lore, it is an astoundingly fun videogame.A large part of what makes it great is Nemesis, a dynamic AI system which randomly generates a number of orc captains to populate Mordor, each with their own unique look and personality. Playing as Talion, a ranger who harnesses the “wraith-like abilities” of Celebrimbor, maker of the Rings of Power, you are given complete freedom to take down the captains in any way and order that you wish. Taking the best bits of Assassin’s Creed, Batman: Arkham City and Hitman, the result is one hell of an orc-slaying power trip, and in my opinion the best Tolkien-based game yet. 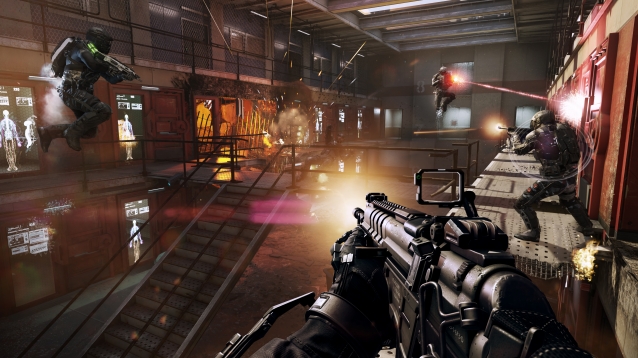 If you told me at the start of the year that Call of Duty would be my favourite game of 2014, I probably wouldn’t have believed you. Over the past few years I’ve started to feel a bit of “Call of Duty fatigue”, the last entry to really hold my attention being Black Ops in 2010. That changed with Call of Duty: Advanced Warfare, the first title to be solely created by Sledgehammer Games, and the first CoD to be developed on the new three-year development cycle. This fresh talent and extra year of work paid off big time, because Advanced Warfare is the best CoD in years.

Set in 2054, the single-player sees you playing as Private Jack Mitchell, who, following the loss of his left arm in the battlefield, is recruited by a major private military corporation and hooked up with an advanced prosthetic arm. I won’t spoil the story, but what follows is arguably the best CoD campaign since Modern Warfare: it has all the action, intrigue and future gadgetry you'd expect from a game called Advanced Warfare, but it also has plenty of unique sections that are unlike anything we've seen in previous games (a stealth sequence involving a grappling hook is a particular highlight).

All that just acts as training for the multiplayer though, where you'll be able to put everything you've learned into practice. The biggest new mechanic is the Exo suit, a hydraulic framework that allows its user to double jump, boost, dash and slide around the game's war-torn environments. In the campaign it's a bonus, in multiplayer it's downright revolutionary (perhaps the biggest game-changer since CoD 4 brought in killstreaks and a progression system) as the added maneuverability completely changes the pace and flow of matches. After spending just a few hours with Advanced Warfare’s mobile, jetpack-wearing super soldiers, it’s hard to imagine playing CoD any other way.

Why I Will Never Own a Call of Duty

Must agree with you there Matt - after our chats at work that's a great Top 5!