My Time With NVIDIA GeForce Now

I’m conflicted when it comes to the topic of streaming games. On one hand, the utopian vision of high-end gaming experiences being available to anyone, potentially on any device, is intriguing—inspiring even. On the other hand, the intangibility of cloud-based gaming makes it a hard sell. Call me old-fashioned, but the idea of playing a game—properly playing it, from start to finish—via stream is fundamentally unappealing. There’s too many unstable factors to rely on: it feels like crossing a rickety rope-bridge that could give way at any moment. It’s why I paid no mind to Google Stadia: I was curious, sure, but not enough to buy into a service and then purchase games that would inevitably be inferior to their traditional counterparts.

Now, though, NVIDIA has launched its competing service with an altogether more tempting (and reasonable) business model: GeForce Now. Instead of charging for each title separately, GeForce Now connects to existing game clients (like Steam or Uplay) and runs those clients’ version of any given game. This means that there won’t be any exclusive ‘GeForce Now games’, as they’re all literally just PC titles being run remotely. On top of this, membership is only £5 per month for ‘founders’—essentially early adopters—with a free tier of membership for players happy with restricted access to the service. With all of this in mind, and a free trial on offer for the ‘founders’ membership tier, I decided to challenge my prejudices against game streaming and finally give it a fair shake. Will my issues with the technology melt away in a humbling experience that teaches me the value of open-mindedness? Or will it fail to meet even my lowest of expectations, forever souring me on the phrase “cloud-based gaming”?

I’m in a funny situation with regards to PC gaming: I had a decent PC setup in the past with a hefty Steam account to match; sadly, I was forced to sell my machine several years ago. Since then, I’ve made-do with a cheap-but-cheerful laptop for general Windows usage and have stuck to consoles for my gaming fix. This means that there are hundreds of games gathering virtual dust in my Steam account that stand no real chance of being played… until now. Thanks to GeForce Now, I should—in theory—be able to access large chunks of my precious Steam library on any compatible device (for me, it was to be an Android tablet).

And so, with the thought of hundreds of unplayed Steam games in my mind, I eagerly downloaded the GeForce Now app and went through the somewhat laborious process of making an account, linking my long-neglected Steam account and individually ‘adding’ every officially supported game to my GeForce Now library. That last step felt needless, as if I were missing some handy ‘add my entire library’ tool; but, as far as I can tell, I was following GeForce Now procedure to a tee. Regardless, it wasn’t long before I was all set up and ready to go, with a hankering to kill some no-good Nazi scum... 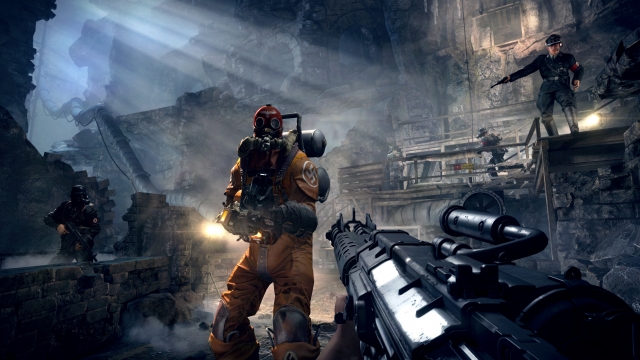 The first game I booted up was Wolfenstein: Old Blood, for no particular reason other than the fact that it was reasonably demanding and I recalled enjoying it upon release. With my passable but not stellar internet speed (30-40Mbps download), I was initially impressed: there was some occasional fuzziness that gave things a ‘2008 low-res YouTube’ vibe; for the most part however, the experience was playable—enjoyable even. Sadly, issues arose when the action kicked into high gear: the slight amount of input lag that passed unnoticed in the slower sections had become an issue that noticeably affected my in-game performance. The fast pace of movement and first-person perspective didn’t help matters. It wasn’t impossible, but the game was definitely harder to play than Machine Games intended; a bump down to ‘easy mode’ would have been necessary if I was to continue playing. Luckily, I didn’t, because this is where I called it quits and moved onto the next game: Red Faction Guerilla Re-Mars-tered (apologies on behalf of THQ Nordic for that name). 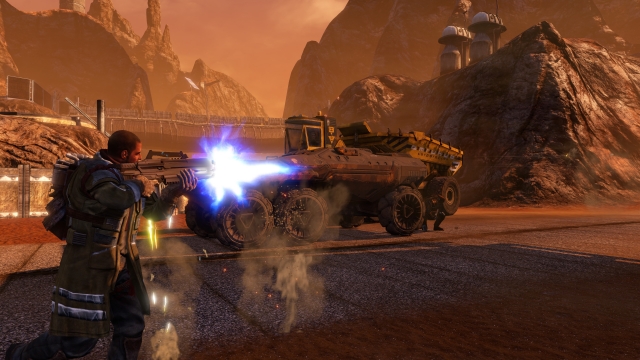 Out of everything I tried out in this—far from comprehensive—GeForce Now experiment, Red Faction Guerilla was undoubtedly the best, at least performance-wise. Ironically, it’s also the one game discussed here that isn’t officially supported by the service’s instant launch feature, requiring a full download of the game before it would start-up (at 400Mbps, however, that didn’t take long). In my half an hour spent blowing up military structures, shooting folks in faces and driving cars through walls, I can genuinely claim that I noticed zero impactful signs of the game being streamed. Except for the aforementioned occasional ‘YouTube’ fuzziness, I would dare say that there were no signs of streaming at all. In all honesty, my pleasant experience here is tempting me into replaying the game entirely, and I very well might. My non-educated assumption is that the third-person perspective, combined with the game’s slower pace, makes for a superior action gameplay experience than Wolfenstein offers. It goes without saying that point-and-click games and visual novels would work best with the technology; however, as far as action games go, you couldn’t ask for more than this. 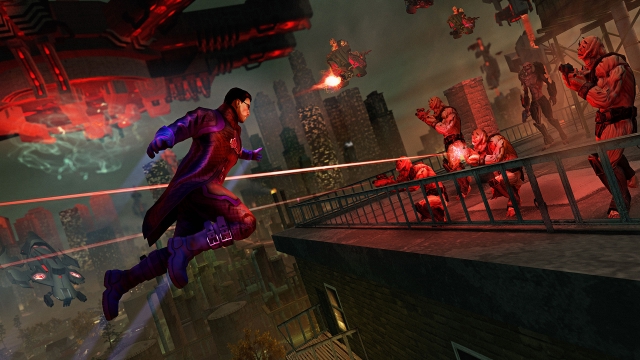 Saints Row IV was third up on my afternoon with GeForce Now: another game from Volition and one of my favourite open world titles of all time. Many of my observations regarding Guerilla also apply here, with a few interesting things to note. As a faster game with superpowered movement mechanics, the input lag was just barely noticeable, but noticeable nonetheless: not as bad as Wolfenstein but worse than Guerilla. With a gun to my head, I’d be happy to play through the title with this minute level of imperfection; but, unlike with Volition’s Mars-based shooter, I’m not actually tempted to do so. It seems that, regardless of any tangible effect on gameplay, the signs of streaming are enough to turn me off a gaming experience. Perhaps it’s unfair, but I can’t seem to break past how streaming games mentally ‘cheapens’ them for me. 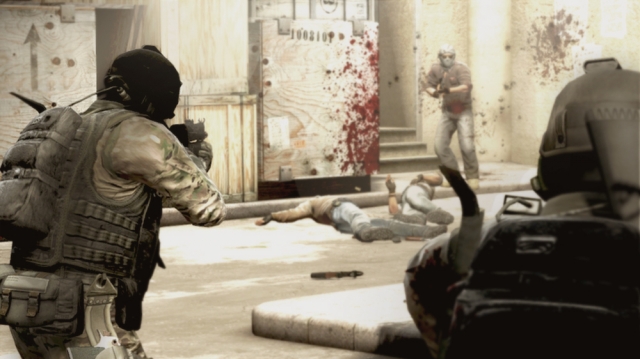 Finally, I thought it necessary to give some multiplayer a try with Counter-Strike: Global Offensive (CS:GO). Honestly, I wish I hadn’t: it was the only unplayable game I booted up with GeForce Now. Obviously, I didn’t expect to keep up competitively (not that I ever could), but I struggled to land so much as a single shot over the course of two complete matches. It’s always possible that I just got unlucky with dodgy connection at a bad time, but I doubt it. Streaming multiplayer games should not, I repeat NOT, be your first choice under any circumstances.

NVIDIA hasn’t blown me away with GeForce Now, but it has made me question my rash dismissal of game streaming. Right now, there are several factors in any given game that I feel determine its suitability for streaming: pace of gameplay, perspective, multiplayer components etc. And for a game with enough of these factors leaning in the right direction (Red Faction Guerilla, for example), I’d have absolutely no issues spending an evening relying on NVIDIA’s infrastructure. However, the quantity of games that fail to meet that requirement is significant, and for that reason I’m still not ready to put my faith in the power of the cloud. Sorry NVIDIA; you’re doing good work, but I’m just not ready yet. 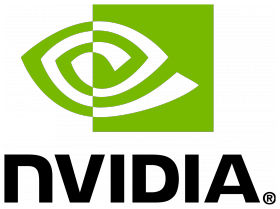