‘It’s better to burn out, than to fade away’.

As a quick opening point, if you are currently scratching your head wondering who the hell Neil Young is, then this article might not be for you…yet. But in the words of Led Zeppelin,

‘Your time is gonna come.’

Now, if you’re currently scratching your head wondering…ah forget it.

If I was to hazard a guess, I believe veteran rocker, Neil Young was referring to calling time on something when your star is burning at its brightest as opposed to ploughing on as a shadow of your former self. As I said, I’m guessing here but I’m rolling with it, as Liam and Noel Gallagher might say.

Whilst I can see where the line is coming from for the rock stars amongst us, in everyday life things are a little different, and in a life lived in gaming it’s entirely different. The burning star seems to never reach its peak, instead, it just keeps getting more and more intense as every new gaming dawn brings something even brighter than the last.

Where the hell am I going with this? Well...

I am what I would probably describe politely as ‘an experienced gamer’. But to the outsider, that similarly aged acquaintance who is oblivious to the vast gaming universe we experienced chaps inhabit, I’m what they might well describe as an ‘aren’t you a bit old for videogames’ sort of gamer. 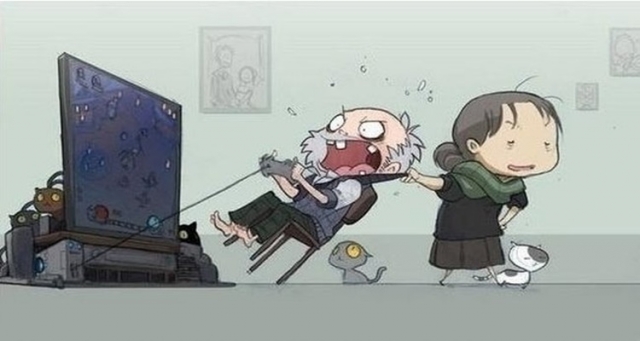 And I have to be honest, it’s something I’ll never understand.

Why anyone who can happily reap joy from a couple of hours in front of a big-screen movie, lapping up the unfolding action like a parched puppy at a pond on a hot summer’s day, can’t see the potential joy that is to be had from stepping through the screen into the body of the adventure hero, is beyond me. And that is – sort of - exactly what this modern age of games allow us players to do. We can leave the comfort of the sofa without actually getting up and live other lives less ordinary.

To be honest we always have enjoyed such an experience. Even when the graphics could never do justice to the imaginations of the creators, we had our own imaginations that could more than compensate.

Why that is seen as something to leave behind as age creeps upon us I’ll never know. I was never really any good at the games anyway. My slower reaction speed now just offers a legitimate excuse.

I am a part of a generation that witnessed the birth of the videogame. Sadly we didn’t follow a star bearing gifts of gold coins, a 20-sided die and a packet of Top Trumps as fable suggests. But, we did defend the Earth from the dreaded Space Invaders before a lunch break of blue ghosts and cherries. And I am part of what I expect will one day become the first generation of gaming pensioners.

I see a glorious day when our kind will invade the game shops, decked out in tartan slippers, slacks up to our chins and the hint of a Werther’s Original on our breath, as we seek out the latest escape into a rocket-fuelled GTA game and reminisce about the golden age when we still used control pads and owned physical consoles instead of these darned microchip brain implants.

It’s coming. I have no doubt that it’s coming. My generation has ridden this wave since it was a barely formed ripple and we’re not ready to wipe out just yet.

It is very easy to envy the kids today that are born into an industry that puts living, breathing, lifelike worlds at their fingertips then offers them a global playground of opponents and allies to adventure with. And does it all in eye-watering 4k goodness.
It’s a wonderful time to embark on your adventure in videogames, but equally, there are great joys many will never know.

Four-player split-screen Halo on an old standard TV anyone? It might not sound too exciting these days, but to those upon the settee with a beer in one hand and a controller in the other, they were glorious nights. 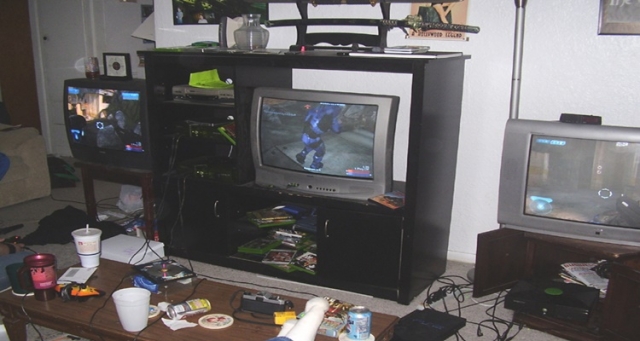 Multiplayer, to most, meant going around to mates with your console and a beverage in hand. The night ahead would always guarantee laughs, fierce competition and complete loss of the passing of time. Memories were made and unbreakable bonds formed within the can and pizza strewn living rooms and bedrooms of gamers across the land.

So many great events have unfolded over the decades that will mean little to younger players but were defining moments for the older gamer.

The Nintendo vs Sega wars…god, the Spectrum vs Commodore wars for that matter. Smashing all hell out of a rubber keyboard in a vain attempt to make Daley Thompson run faster. The arrival of Sony and their PlayStation, the early death of Dreamcast. Blinx the Timesweeper (whatever happened to him?), the Resident Evil voice acting, Sensible Soccer, real arcades, and so much more. 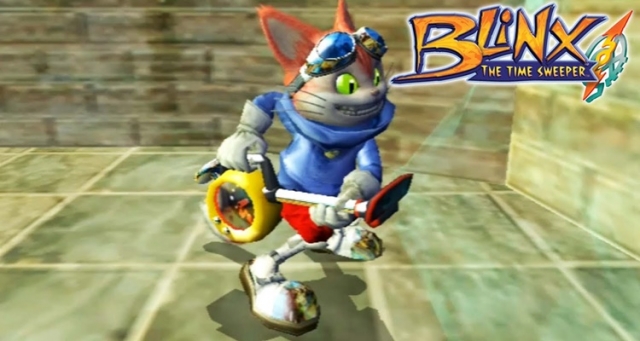 We already have a lifetime of amazing memories from time spent in an amazing universe and there is so much more to come. It’s a ride I fully intend to take.

And so, I refuse to burn out or fade away where gaming is concerned.

I have experienced a series of troughs and peaks over my own decades-long love affair with videogames, at times I’ve felt the desire to fire up the old faithful machine wane, but it’s only ever a fleeting feeling, usually followed by extended bouts of medic calling, lag blaming action.

I always come back all guns blazing and because of this I know I shall march on into brave new worlds and shuffle into game shops when my hair greys and my trousers rise because, like The Goonies, old gamers never say die! 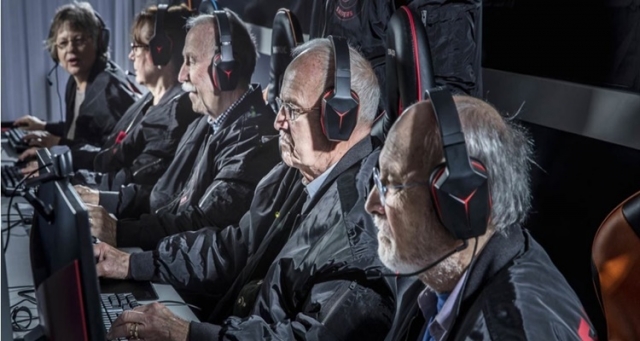 Never surrender, never die, never admit that the Amstrad wasn't actually as good as I made it out to be.

I didn't realise that all "experienced gamers" were "chaps". :)

They are absolutely not, but I wrote this from my own perspective as a "chap" until further notice.

I panicked I had inadvertently written something totally out of order, honestly, with a wife and four daughters who adore video games, I wouldn't have made it through the night. :-) Reading it back I can see how the intent is hazy at best.

Nah, it's a great article. I just enjoy being an antagonistic asshole. Ask Rasher.