This is it folks. Flash is no more. The… software? Platform? Multimedia suite? Actually, I’m too ignorant to be able to surmise exactly what Flash is. All I know is that it’s the name of the wondrous thing which kept websites like Miniclip and Kongregate flush with a steady supply of free, independently-made games and experiences for, oh, about 25 years or so. Titles like The Impossible Quiz, Slacker Adventure, Interactive Buddy among countless others were made possible thanks to Flash, and if you’re anything like me, you spent hundreds of your childhood hours engrossed in the often crudely drawn (sometimes plain crude) settings and situations they present. That’s an experience which, sadly, (luckily?) future generations will be unable to access. Why? Well, as of the 31st December 2020, Adobe ceased offering Flash, causing web browsers to abandon it and making every piece of software using it inaccessible forever.

Just like our species’ Neanderthalic ancestors, Flash games may be gone, but they haven’t been forgotten. We can recognise certain modern-day characteristics as being holdovers from the era where Neanderthals and Homosapiens coexisted, and in the same way, we can point out beloved modern-day games and franchises which are holdovers from the flash game era. Sure, the original source may be lost to time, but we can still enjoy the modern incarnations today. Okay, maybe that's not a perfect analogy, but it does let me write the word “Neanderthalic”, so I’m sticking with it.

Which games am I talking about? Get a load of these revered titles which made their wobbly first steps in the realm of Flash! 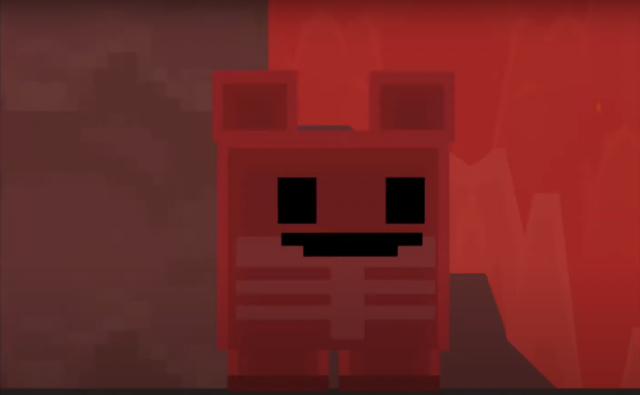 A true legend in the flesh

Before Edmund McMillen (The Binding of Isaac, The End is Nigh) was a household name in gaming, he was an aspiring comic creator, working for free while using limited HTML skills to manage his own digital comic website. Throughout the early 2000s he began dabbling in Flash, creating a range of small games before landing his first paying role at Chronic Logic in 2003. Skip forward a few years to 2008, and McMillen, alongside Jonathan McEntee, were to release the title which would propel them into indie gaming stardom: Meat Boy. Sound familiar? Yep, the tough-as-nails platformer you may know as Super Meat Boy began as a simple but oh-so addicting Flash game. In fact, it was so addicting that it only took two years for the game to reach "Super" status with a fully-fledged release on Xbox Live Arcade.

McMillen's distinct and oddly cute art style took the gaming world by storm, and it thrust Meat Boy into the limelight as one of the first ever indie gaming icons. Even now, Meat Boy has kept his relevance with the recently released sequel Super Meat Boy Forever. Not too shabby for a character who isn’t much more than a red square, eh? 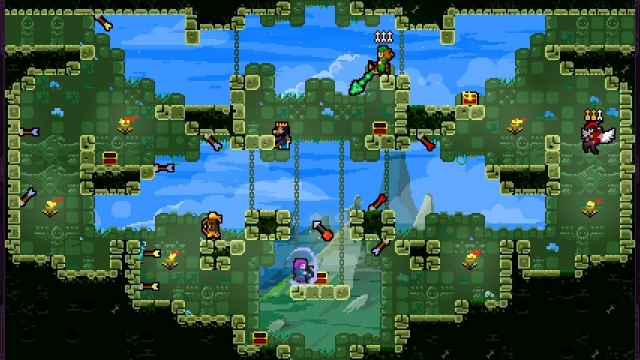 Towerfall, known by many as the only worthwhile title to come out of the short-lived Ouya, burst onto the scene as a project of an Indie Game Jam in 2012. Granted, the initial Flash version of the fast-paced archery party game didn’t have anything much to offer in the way of levels, mechanics or characters, but the core archery gameplay was satisfying and easy to get to grips with. Hell, the Flash prototype didn't even offer multiplayer, shocking for a game which would eventually sell itself on its viability as a party game.

While its first paid incarnation in 2013 was an Ouya exclusive, it eventually made its way to the PlayStation 4, Xbox One, PC and Switch in the following years with the new title Towerfall Ascension, complete with a bevy of new content. To this day, Towerfall stands as many folks’ go-to party games, up there with Overcooked, The Jackbox Party Pack and Smash Bros. Just like Super Meat Boy, Trials made its grand entrance as an online Flash game before hitting it big as a paid title with the re-release of its Flash-based sequel, Trials 2, on the PC (if you were wondering, the re-release was called Trials 2: Second Edition). The tough, 2D motorcycle stunt series may have spread out far and wide in the years since, reaching mobiles, modern consoles and even inspiring a number of copycats, but there’s something special about the purity of the franchise’s early entries. That’s one thing that feels consistent across a number of these ‘Flash-to-full game’ titles; they always have absolutely spot-on core gameplay mechanics that keep players hooked in for years. Trials, Towerfall and Super Meat Boy: whether you’re playing their Flash versions or their retail releases, you’ll be guaranteed an engrossing core experience. 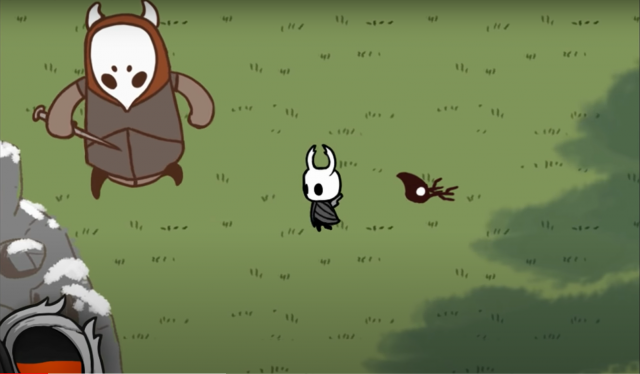 Not only was Hungry Knight, a Flash game developed as part of a game jam, the first incarnation of indie classic Hollow Knight, but it was developer Team Cherry’s first ever project too! While the gameplay of Hungry Knight—a top-down slasher in which players must keep their protagonist fed every 10 seconds—didn’t much mirror the metroidvania stylings of the later Hollow Knight, the visual style is instantly recognisable. Bug-like creatures with black, cavernous eyes? Yep, that’s Hollow Knight through and through. Check out some videos online of Hungry Knight in action; it’s an interesting watch,

How do you feel about the demise of Flash? Are you mourning the loss of such a rough-and-ready creative outlet? Or do you feel that there are better methods for software creation which have made the once thriving Flash game community obsolete? Let us know your thoughts!

Trials and other 2D bike/physics-based flash games held so much of my attention! Always loved them.