In a biography about Voltaire, author Evelyn Beatrice Hall once wrote "I disapprove of what you say, but I will defend to the death your right to say it". It was designed to illustrate the philosopher’s attitude towards censorship and it’s often cited by those in opposition of such (and usually incorrectly attributed to the subject of the biography himself). What is often forgotten is that Voltaire was also a great proponent of equality and civic responsibility. A famous quote that actually was by him is “All men are equal; it is not their birth, but virtue itself that makes the difference.”

I’m certain that were the great man alive today, he wouldn’t be citing Ion Fury as a bastion of freedom of speech. Although he never directly said it, he was known to take the same attitude as Uncle Ben, namely that with great power comes great responsibility. This, for me, is what we have lost sight of recently, and especially in the gaming community. It’s all very well expecting the right to free speech, but what happened to the responsibility to use that free speech in a manner that doesn’t harm others?

When someone pointed the existence of an object with a puerile gay joke written on it to Voidpoint, it made the sensible decision to decide that it’s not the ‘90s any more and replace the item. They even made a statement to that effect, citing that replacing it would give an item more in keeping with the game world anyway. Then came the review bombs, and suddenly the company has changed their mind like a cat that’s had a door opened for it. Some of the reviews on Metacritic that prompted the u-turn.

At first glance, the whole u-turn on “Ogay soap” is a storm in a teacup. It’s just a harmless joke, right? What’s the problem with it? The problem, of course, is the normalisation of negatives. Speaking as an LGBT gamer, I genuinely don’t take offence to the name of the fictional soap, but I still don’t think that it’s appropriate to leave it in game. The “joke” is literally that putting the word “gay” in something is funny. This is exactly the same as in the playground when I was a child and it was used as a term to mean anything that was bad, as in “OMG, that’s so gay!”

It’s the little ripples that start big waves, and when you have a problem like people being attacked, hospitalised, and even killed for their sexual orientation, then it makes sense to not throw stones into the lake. The people that make gay jokes aren’t themselves commiting the hate crimes, but they are helping to enable those that do. If nobody is stopping game developers making corny jokes about the gays, then what’s to stop people making slightly hurtful remarks about them? And if slightly hurtful remarks are ok, then presumably quite cutting ones are too? Well, if we’re going down that road then presumably a little queer-bashing is fine too, right? I might be extrapolating to ridiculous proportions here, but things can and do escalate like this. Do we really want to take the risk that they will for the sake of an ambient item that doesn’t even serve a functional purpose in the game? 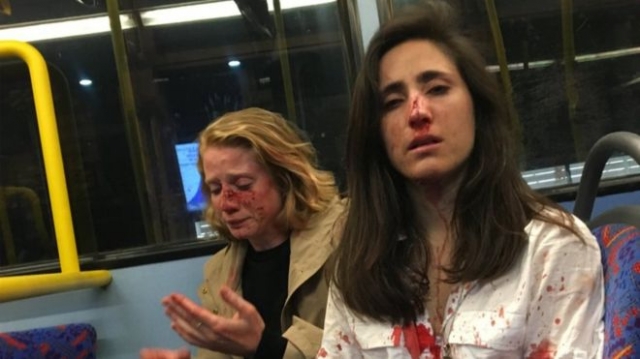 Is it really a problem? Gay people aren't really persecuted any more in the UK.

The current word from Voidpoint is that it never supported censorship, and the innocent little soap bottle that all the SJW’s got their knickers in a twist over will be staying in a game as a fuck you to anybody who dares to think that laughing at gay people isn’t side-splittingly hilarious. As a result, it is now being heralded on Twitter as the saviour of common sense and free speech. Sure, UNESCO might be condemining the murder of journalists that speak out against oppresive government, but Voidpoint left a shit joke in a game, which is so much more relevant.

As someone who sees their creative work edited and amended before publication, I’m used to some things remaining on the cutting room floor. It’s not entirely unheard of for me to make jokes that are pushing the boundaries of taste and decency on occasion, but the one thing I’ve always been careful to do is to not say anything that could be cited as justification by anyone committing a hate crime. Sometimes though, I’ll step over the line, and my editor will point out how a statement could be construed, suggesting a different phrase. This is fine though, some things belong on the cutting room floor. This could have been the outcome with Ion Fury, but it hasn’t been because of the outcry from people who think that any joke, however weak, needs protecting. (Incidentally I’m certain that at some point in the comments, someone will find something that I’ve said which makes me a hypocrite in their eyes, so good for you future detractors, and I’m sorry for any offence.) I think I preferred it when 3D Realms were Apogee and they were making stuff like this instead of trying to be edgy.

There are plenty of wrongs in this world to be righted where people don’t get to speak freely, and I agree with protecting them, but to paraphrase the developer itself, is a cheap gay joke the right hill to die on? In my opinion it isn’t, and Voidpoint probably agree, but there’s no way it can win now. The developer is stuck between a rock and a hard place, and as the most vocal complainants were the ones who were potentially going to reduce their sales, the only sensible business decision was to cave. As a consumer and someone who has had to bear the brunt of the normalisation of negativity however, the best decision for me is to play something else.

"That joke is in poor taste."

Voidpoint think there are very fine people on both sides?

They replaced Ojay with Ogay in a 16 pixels sprite.

WOW. They are worse than Hitler.

Instead of that picture with women bleeding, you should have posted images of the holocaust.

Hi Joseph, thanks for taking the time to leave some feedback for me, it's always great to hear input from our readers. I've taken your comments on board and I will give careful consideration to including more images of genocide in future articles . Kind regards, Gary