After years of waiting, Marvel’s Avengers is finally out and it's surprisingly an enjoyable brawler/live-service game that has more depth to the combat than I originally expected, but there are still problems. The multiple weeks of the beta showcased some of these problems in full and while I had hopes that many of these issues would be fixed by launch, it seems many of them still exist.

So, I thought I would list some of the most-needed changes/features that I want to see in Marvel’s Avengers to make this an overall better experience for the player. Other major problems like performance and bugs are present, but those are issues that will be fixed regardless (hopefully). So, let’s begin! While navigating through the mission areas can be fun as each hero, trying to find the locations of the side objectives, main mission objectives and even allies is an absolute nightmare. Players have the option to hold up on the d-pad to show a quick overview of all the icons around them, but it doesn’t last very long and there is a limited range causing you to continuously use that function just to navigate properly. It would be nice to have a compass above the health bar with all the icons on it so it would be much easier and fun to traverse.

The second most important thing for navigation that might even be more important than a minimap/compass is a ping system. It’s incredibly annoying to constantly tell your friends that you found a strongbox and hear the response “where?” with no ability to tell them the exact point. A simple ping system would do wonders for Marvel’s Avengers and take away a major frustration most players are facing.

When in a lobby with friends, it seems impossible to swap heroes right from the character menu. My friends and I had to leave the lobby, change to the hero the other person was on and then invite the friend back to choose the hero I had. It doesn’t make sense why this is the case when a simple ‘trade hero’ option in the character select screen would make the experience much more seamless. 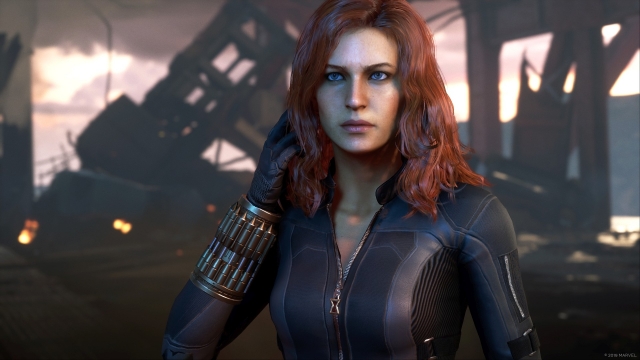 Similar to most live-service games, you’re going to get a lot of gear when playing Marvel’s Avengers that you’re going to constantly be switching out with new gear you find. It would be nice to have an option to mark multiple pieces of gear as junk and dismantle all at one time, comparable to how Borderlands 3 handled their guns to sell at shops. Going through each gear slot and dismantling one by one can be tedious and keep you in your menus for far too long.

The UI in general can be rather confusing at times with so many menus and tabs, but one of the biggest problems with the UI is the size of gear description. When getting gear with more than three perks, most of the time the description for the gear will block the defensive rating and heroic rating, so you’re unable to see if it has any effect on those ratings. It’s rather shocking that this is even a problem in the game and no one noticed it when playtesting, but it’s something that needs to get fixed ASAP. Also, it would be helpful to see melee, ranged, defense and heroic ratings when comparing gear rather than just might, resilience and so on.

Marvel’s Avengers has a decent mission variety from shorter experiences like drop zones, to longer raid-like missions. The ability to drop into a friend’s multiplayer game while they are in the middle of a mission would be great. Not only would it make it easier for all players to hop into the action immediately instead of waiting for their friends, but it could also be used to call in some backup for the tougher missions. Almost like you’re really calling in the Avengers for help! 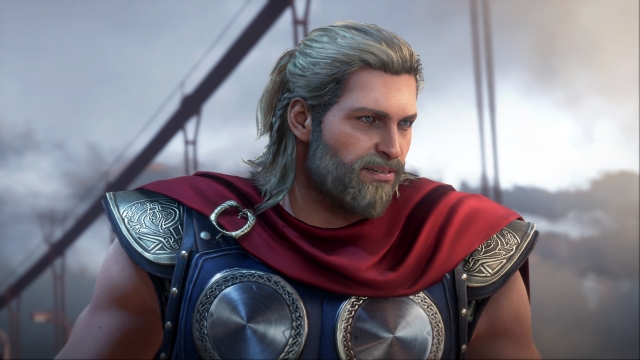 There are many ways to gain loot in Marvel’s Avengers from defeating enemies, completing tasks or even crafting. Another way is to find strongboxes within the missions with some of them being locked behind either breakable or hackable doors. The issue here is that if you’re playing solo as Iron Man or Black Widow because they don’t have charged up heavy attacks, they are unable to break the door to get the chest. This is also the case for hackable doors where Black Widow and Iron Man are the only ones able to open them. The best solution to this problem would be the ability to ask the AI heroes alongside you to open the door for you. It seems like a major misstep for people who want to enjoy Marvel’s Avengers as a solo experience as you can sometimes miss out on worthwhile loot.

Live-service games in the past like Destiny and The Division have contained a social area where you, your squad and other online players can hang out and prepare to embark on your next mission. Marvel’s Avengers has nothing of the sort. Maybe a full-blown social hub isn’t entirely necessary for this game, but it would be nice if you and your friends could all hang out on the Helicarrier and show off some of the awesome skins outside of combat instead of just sitting in a lobby. They even call the Helicarrier a social space!

The best way to level up your character quickly, earn more gear and gather more resources is to accept the daily assignments from both of the factions in the game. Collecting all the missions from both at once can definitely add up and it's difficult to remember what the objectives entail when you’re in the heat of a battle. Currently, the only way to check is to open the menu, go to the objectives tab and then move to the assignments tab but this could be much easier. Being able to pin a couple of assignments to the side of the screen would be such a helpful feature and remove the unnecessary pausing.

Is there an issue with Marvel’s Avengers that I missed? Let us know in the comments below!