There are plenty of gaming events that take place almost weekly. For some, it’s all about getting face time with the market, pitching games and products to customers in halls full of people. Others find time to focus on the developers and deliver enlightening speeches and panels that draw attention to talking points such as localization and diversity. For the Sweden Game Conference, it is all about the next generation and the future of the industry with a focus on students, education and innovation.

Taking place in the city of Skövde, which is located towards the south of Sweden, the three day event brings together all walks of people to create an exciting and fresh event. Held at Arena Skövde the conference was spread out across a number of halls offering talks, panels, an expo area and extra spaces throughout.

Arguably the main attraction at the conference was the expo hall which was packed with games and developers keen to show their games to the many attendees. What made things so interesting with this event was that most of the focus is on students and start-ups. This means that most of the games on display were being presented by recent graduates which was a refreshing experience. Seeing students and recently formed start-ups being so motivated and excited to have people play their games was the cause of many smiles. Having the chance to talk with the people behind the game and hearing about the challenges smaller developers face offers a unique insight into that side of game development. 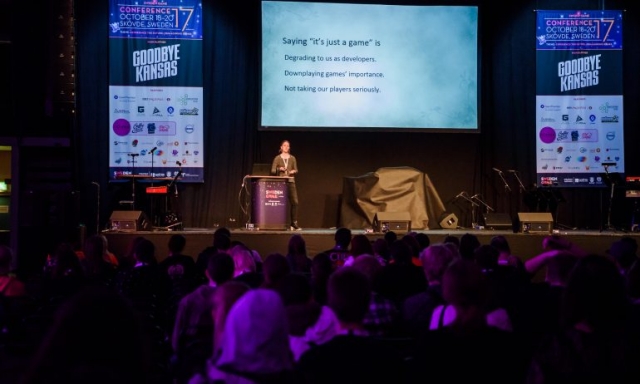 Though many events allow you to speak with the teams behind a game it’s never been so freeform and relaxed. Though the expo hall did not feel like it needed three days to see all that was on display. It became clear that with how open and accessible it was to talk to developers that you would, in fact, move around very slowly. The conversations that would pop up around the conference were both as insightful as they were enjoyable. There is a real sense of culture and community that has formed around the Sweden Game Conference that is missing from some of the larger conferences. Working in partnership with the University of Skövde, the Gothia Science Park and the Game Incubator each coexist to support and develop talent for the games industry and continue to aid each other in future ventures.

What makes Skövde and the Sweden Game Conference so exciting is that it radiates with culture. That drive to create and innovate within the sector will continue to make Skövde an epicenter for games and technology that is clearly paying off. For the students, there is a fantastic program in place that supports and pushes them forward from the first days of their undergraduate study through to graduation and beyond. It does not stop there as the city is home to plenty of start-ups and long term studies that have put out some fantastic titles including Battlerite and Goat Simulator. This culture and community is a fundamental part of what makes the Sweden Game Conference and Skövde so impressive and honestly, amazing. 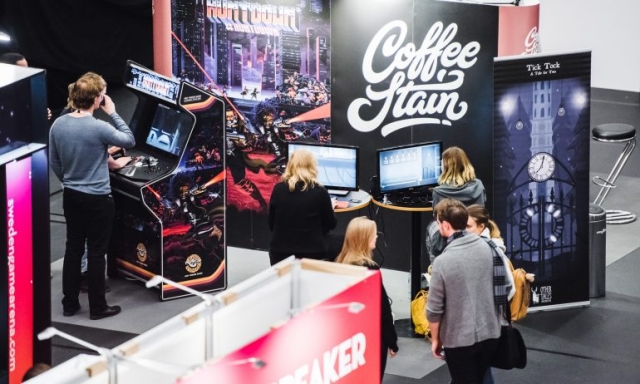 In terms of numbers, the event was proud to have over 900+ registered participants from around 22 different countries. Over 35 talks and panels all revolving around the conference's theme of ‘Experience the Future: Reimagining Games’. There were awards, live music performances and even a few parties added into the mix. In all, the conference is packed with plenty to experience and with so many chances to learn and find insight, the Sweden Game Conference is a great experience for anyone in the industry. Though it would be better to see some more games in the expo hall and bit more organization around the running times of talks and panels, the Sweden Game Conference was a solid show with a fantastic atmosphere.

So what is the verdict? The Sweden Game Conference is an event aimed at students and industry folk to help educate and inspire. It hits the mark and delivers a lot with its free-form, welcoming and friendly environment that allows you to roam with ease. Given just how much there is to take in, both at the event and in the city of Skovde, the Sweden Game Conference is a great experience. If you have the chance to attend the event one year I highly recommend it. I personally can’t wait to go back next year and see how everyone is getting on.