The Chronology of Game Boy Models

In the 30 years since launch, there have been a number of Game Boy models. The system was expanded on, repackaged and re-released in various guises over the years, with some models becoming quite collectible. With different designs and colours there are literally hundreds of variations on the machine, but each of them falls into one of eight designations. Let’s take a look at the great eight in celebration of three decades of Nintendo’s great game-changer.

The very first Game Boy was released on the 21st of April 1989 in Japan, with a European release following the next year. Internally, Nintendo had referred to the machine as “Dot Matrix Game” and so the initial model carried that internal name over with its serial number. You’ll generally hear collectors referring to it by that model number to differentiate between it and later revisions.

Coming with a custom Sharp GPU based on the intel 8080 and zilog z80 (both popular microprocessors in computers of the 80s), the Game Boy supported much of the code that developers had already written. This made it an attractive proposition for gaming companies at the time as they were able to modify their existing code rather than re-writing games from the ground up for the new system. 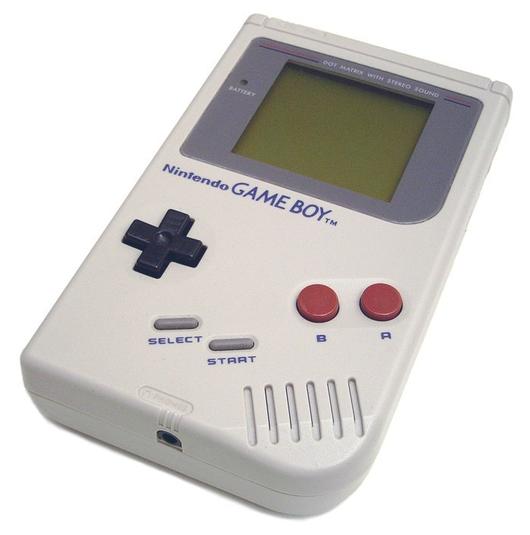 This was all part of Nintendo’s plan. It wasn’t using any particularly new technology: instead existing technology was being used in an innovative way. Creator Gunpei Yokoi was fond of the phrase “Lateral Thinking with Withered Technology” to describe this method. As well as the outdated for the time processor, the screen was a 160x140 resolution STN display. STN is a technology that was cheaper and more established than the higher quality TFT, although it did mean that the response rate was poor, causing ghosting on many games.

Whilst this use of lower powered components meant the Game Boy wasn’t as powerful as other competing devices released after, it did mean that it could run for around 15 hours on a set of four AA batteries. More powerful devices which came later such as the Lynx and Turboexpress just couldn’t keep up with the lifespan of the device, limiting their portability. For six years, the original design reigned supreme, and then 1995 came and along with it the the “Play it Loud!” series. These models weren’t officially called that, and still carried the DMG-01 designation, but the advertising campaign that accompanied their launch used this phrase, so the name stuck. There wasn’t anything particularly different about this model inside the shell, but it came in various different colours. This would start Nintendo’s trend of releasing their later consoles in assorted colours so that players could pick their favourite.

This minor redesign came in black, green, red, and transparent casing, with a white version being exclusive to Japan and Toys R Us in the UK. There was a European-only Blue version which is quite sought after now. The range followed after a number of limited edition variants such as a UK-only model coming in red with the Manchester United logo, and a Japanese-only Toyota branded model that was given as a free gift with car purchases. The next major revision came with the Game Boy Pocket in 1996. Smaller and lighter, this version took only two AAA batteries, but still managed to squeeze about 10 hours of gameplay from them. It also had a smaller link port, meaning that new cables or an adapter were needed to trade the new fangled “pocket monsters” that were starting to arrive on the scene.

The screen was now pure black and white compared to the green tinted display of the original model, and thanks to LCD technology improving it has a much better refresh rate, meaning less ghosting. Early models had no LED to indicate if the unit was powered on or not, but after complaints, one was added. Apparently the presence or lack of sound and picture wasn’t enough for some people. 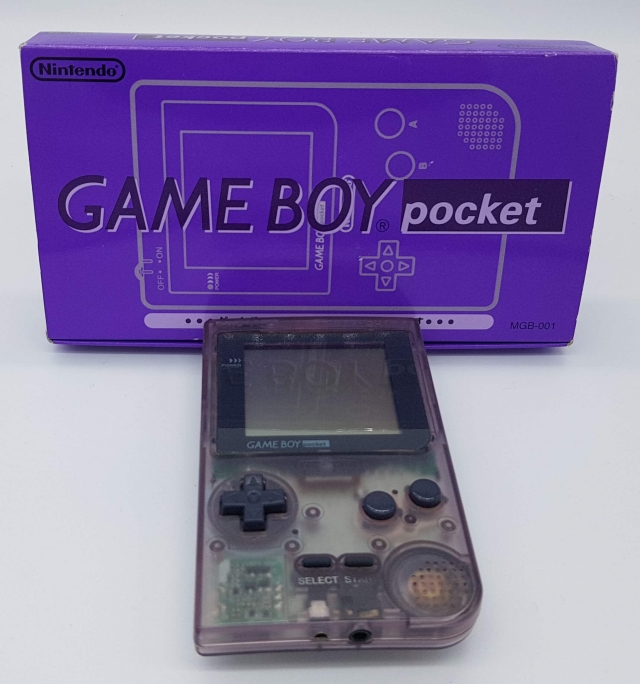 One of the most sought after models of the original Game Boy is the Game Boy Light.

Released in Japan in 1998, this iteration is slightly bigger than the Pocket and as the name suggests it comes with a backlight. You’ll get 12 hours on two AA batteries with the backlight on and 20 hours without. This is considered one of the best ways to play Game Boy games in poor light situations. That fact, combined with the limited release the device saw, makes it a pretty valuable system to own, especially if you’re one of the lucky thousand people that got the special yellow Pikachu edition from the Tokyo Pokémon Center. 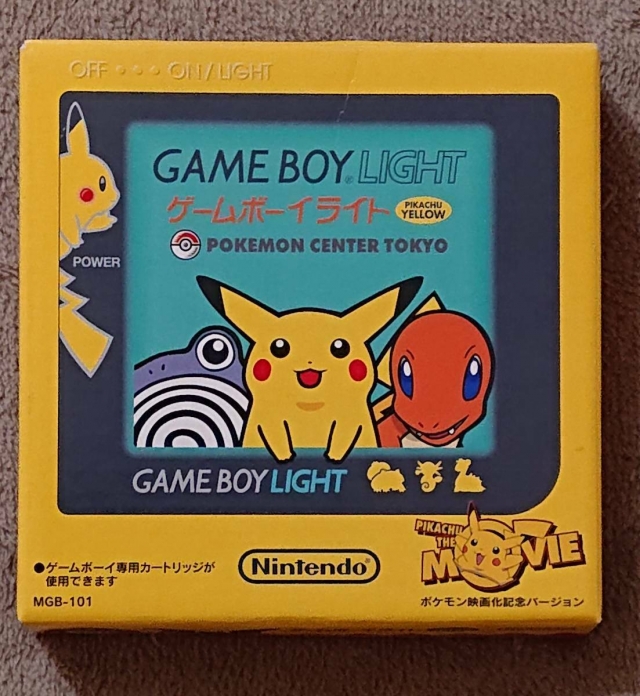 The main reason that the Game Boy Light didn’t get a worldwide release was because just a few months later, towards the end of 1998, the Game Boy Color was released. This was the first major upgrade to the playing experience as it added a colour LCD to the mix. The cartridge style was retained, meaning full backwards compatibility. There was also often forwards compatibility, as many Game Boy Color games could still work on the black and white Game Boy models.

You can tell which games are which from the colour of the cartridge, with games that only work on the Color coming in transparent casing (because the 90s). These games generally made use of the faster processor in the machine, which ran at around double the speed of the original, but was able to underclock itself to play older games. RAM was also increased, with 32kb of RAM and 16kb of VRAM installed, compared to just eight of each in the earlier models. 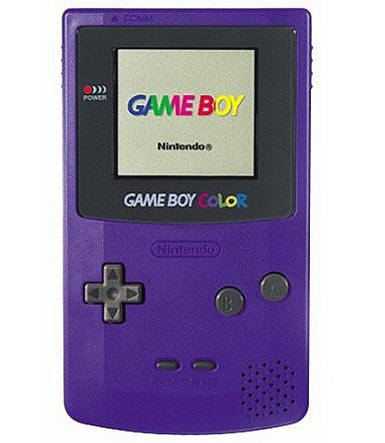 It was 2001 however that saw the greatest leap in Game Boy technology, with the launch of the Game Boy Advance. With a 32-bit ARM processor and 256kb of RAM, it represented a gigantic power increase. The system also came equipped with 96kb of VRAM and an additional 32kb bank of RAM embedded in the CPU for data needing quick access. Nestled within all of this was the good old sharp LR35902 that had been in use since 1989, but this time it was only there to keep backward compatibility with titles from the OG system. The screen remained in colour but now it was a much higher quality TFT, and it was wider, featuring a resolution of 240 x 144 pixels. All of this and it still managed 15 hours on two AA batteries.

This was the first Game Boy model that was released in landscape format, with this orientation seeming to suit the wider screen. It was the first Game Boy not to be based on Gunpei Yokoi’s iconic design, instead Nintendo hired French designer Gwénaël Nicolas to help them create the handheld, along with his design studio Curiosity Inc. 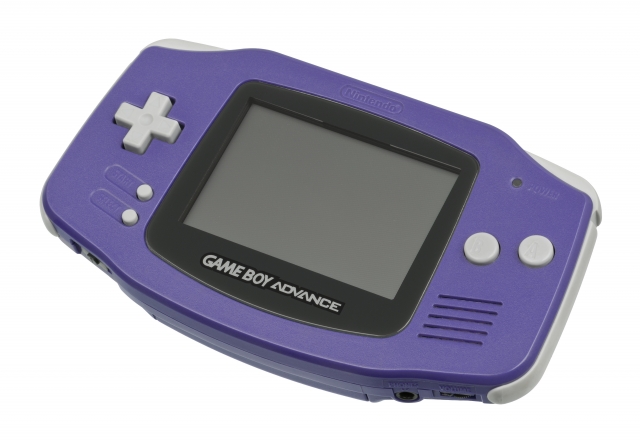 12 years on from the initial Game Boy launch and this new model still supported games from the earlier systems. Advance games came on smaller PCBs which were physically (but not electrically compatible) with the original design (the main difference being a change from 5v to 3v power). In order to enable backwards compatibility the casing of cartridges was designed with a lip so that they couldn’t be inserted into an old style Game Boy, but classic Game Boy games would still fit in the cartridge slot. A physical switch inside the slot would be depressed only with an old style cartridge to increase the voltage. It was exactly the kind of clever design that you’d expect from Nintendo.

Two years later, we saw the release of the Game Boy Advance SP. This edition had a clamshell design in order to reduce the width, with buttons in the base and a screen in the top. Internally it was similar to the first model, but added a front light for the screen and a

Lithium Ion rechargeable battery. With the light off, you could squeeze 18 hours out of the device, as well as a respectable 10 with the light on. A later revision in 2005 saw the screen changed to backlit instead of frontlight, making for a much easier to see display. This late model with the designation AGS-101 is widely considered one of the best screens in all of the Game Boy range and so it still fetches a noticeably higher price in the second hand market. 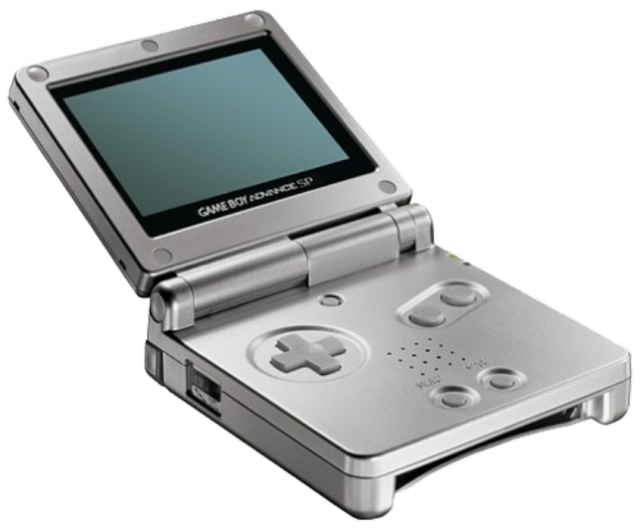 Around the same time as the SP redesign, the Game Boy Micro was released. This would be the last model to bear the Game Boy name; at this point the DS had been released and was starting its journey to become the biggest-selling handheld of all time. Not much larger than an iPod nano, this tiny device has a rechargeable battery and a similar (albeit smaller at just 2 inches) screen to the AGS-101. The pixel size is the smallest of any Game Boy model, and combined with the high quality backlight, it makes for the sharpest image that one can obtain on any Game Boy model. It had removable faceplates, but few were ever made available outside of Japan, and the European model didn’t even mention it as a feature on the box or instructions. 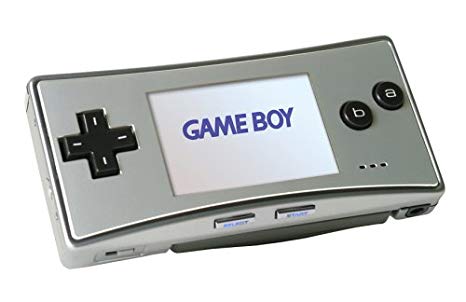 Unfortunately -- due to the aforementioned release of the DS, as well as the lack of backwards compatibility with earlier games -- it wasn’t a sales success, and was discontinued after less than three years on the market. By the end of its lifespan, the Micro had sold under 2.5 million units. That sounds quite respectable, but compared to the 43.57 million sales of the SP or the over 118 million that the original models sold, it was considered a commercial failure.

Fortunately the Game Boy name continued for another two years after the demise of the Micro as the SP continued to sell until it was finally discontinued in 2010. Nine years on, the Game Boy name might no longer be in use, but it still resonates as one of the most iconic brands of all time, and probably will long after any of us who were there at the start are still around. 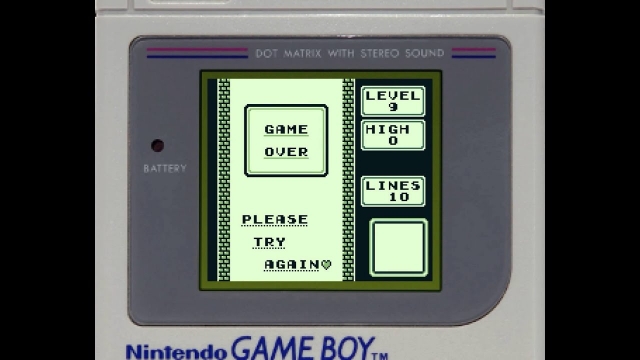 Clear electronics was totally the thing back in the day. I kind of miss them to be honest with you.

It's why I sprung for the Kickstarter-exclusive clear blue RetroStone. Which you can buy now anyway...

Got a clear mini at home, no cartridges though, gonna try and grab some of the old faves on Ebay and see if it still works.

Still want to pick up an advanced at some point, the advance SP would be the better choice due to the screen but iirc it had a propriatory battery where as the Advance took standard batterys and could still play every GameBoy game.

The best combo is a modded GBA. You can put the screen from the later SP models or a chinese equivalent into it with very little effort.

There were two clear models of the Pocket, the regular clear one and a special Famitsu edition which is the same as the regular one but with the famitsu logo on the bezel.

Thanks for clearing that up.