There are three core The Sims videogames on PC. You knew that, right? Even if you’ve never really dabbled in the world of weird and wonderful life simulation games, you knew that The Sims is a thing, and a thing that sells very well. So well in fact, that those three core titles are by no means the only deployment of the brand; not by a long shot. In total EA has published a whopping 26 full expansion packs across all three games as well as 18 smaller Stuff packs, most of which add new ideas to the series as well as a host of new in-game content. It doesn’t stop there though, The Sims has also branched out over the years into numerous spin-offs including The Sims: Medieval, MySims and The Sims Stories. Not to mention the huge array of console and handheld versions of the core games, plus console exclusive titles and even Facebook and mobile versions of the game. You’d be forgiven for not actually being aware of this, because under the radar EA has manufactured by far the biggest cash cow in gaming history.

Fun fact: The Sims, as a franchise, has sold almost 40 million more copies than Call of Duty, and 15 million more than GTA. It is, and perhaps always will be, the biggest selling gaming franchise in PC history. That’s a fact that pretty much sells itself. The question though that I’m interested in, is how has EA gone about making The Sims such a commercial success? It begins of course, with the base games. The original The Sims was released in 2000 and proved to be a groundbreaking title for EA who at the time were beginning a resurgence of success that would lead to their climb to the top of the mountain. The game sold by the truckload, displacing Myst as the best-selling PC game of all time. The key here was the game’s cultural success, as well as commercial. The Sims found a strong market among young and female gamers, including those who had never really ventured into the still relatively niche gaming world - compared to the industry’s international fame today, at least. 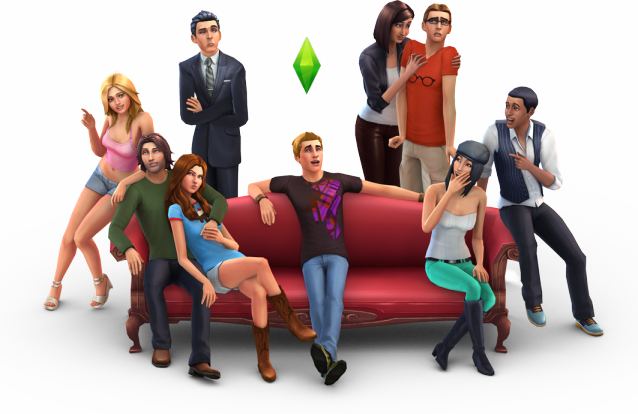 So that’s when the light bulb illuminated above somebody’s head at EA. With the total success of the base game behind them, Maxis would go on to produce seven expansions for the first game alone, the first of which landing around six months after release, the last an incredible three and a half years later. The expansions weren’t cheap either, generally costing over half the price of the original game and largely included new locations and items. For a game of the time, hell even a game today, that’s a very, very large amount of content and developer support. EA were clearly backing this horse from the beginning, and they weren’t going to let it run out of steam. The Sims 2 launched in 2004 and, like the previous iteration, received great critical acclaim. It would go on to sell even more copies than the first game: 20 million over The Sims’ 16 million. It still holds the record as the biggest selling PC game in history.

If you’ve got an install base that large, you’d be a fool not to exploit it; and exploit it they did. Eight expansions were released over course of four years; although this time the additions were often more substantial than those found in the original expansions. These add-ons also sold excellently; the series had developed a loyal fanbase who religiously followed - and purchased - The Sims products, who undoubtedly contributed greatly to EA’s profits throughout the 2000s. The Sims 2 also introduced the infamous Stuff packs that were simply low-price discs loaded with virtual items ranging from Family Fun Stuff to Mansion & Garden Stuff. Many, even series faithfuls, questioned the value for money of these additions, but they clearly sold well enough to justify continued commitment to the system. Perhaps the most interesting development during this time period, from a commercial and financial standpoint, was the introduction of sponsored Stuff packs. Beginning with H&M Fashion Stuff followed by Ikea Home Stuff, EA offered Stuff packs that featured items specifically branded by the involved company. The H&M pack for instance, featured virtual recreations of H&M retail stores as well as clothing from their fashion lines. Apparently, this and the Ikea pack were big-sellers in their mother-nation of Sweden; go figure. In reality, these expansions were telltale signs of the future of The Sims. By this point the series had been handed over from original devs Maxis to a special in-house EA Sims team. Effectively, the series was now totally under the control of the publisher. Although the core concept of the game remained as good as ever, an increasingly obvious focus on mere financial gain developed through the late 2000s, and many began to question the creative originality of the continuous addons.

Yet along came The Sims 3 in 2009 to continue the cycle. It didn’t sell anywhere near as well as the previous iterations; a sense of fatigue had clearly set its mark on the series, but it’s still one of the top 10 best-selling PC games ever. As you’d expect, the game features the most expansions ever for a Sims game: eleven core expansions and nine stuff packs including a Diesel pack and (I kid you not) a Katy Perry pack. There’s no official figure for how well these addons sell, but clearly well enough to warrant endless numbers of them. It’s gotten to the point where EA don’t even bother hiding the fact that The Sims is simply a money-making golden goose. The artistic integrity of the game was lost a long time ago, but for many players the fun of it all certainly hasn’t. In the end though, is that the only thing that matters? I dare say however, there are some versions of The Sims that don’t even try to be fun in an effort to accrue people’s cash. The Sims Social popped up on Facebook in 2011 and accumulated a staggering 65 million players over its lifetime. It was essentially an incredibly stripped-down version of the main game that did a great job of practically forcing microtransactions on players. It was simply one of the primary examples of mobile gaming gone wrong, despite its popularity. The Sims, it appears, earns cash in spite of itself. The Sims Social thankfully closed down last year, but there have been plenty of other well selling, but creatively and conceptually questionable games over the years. The console versions of the main games have long been surprisingly limited imitations, yet continue to tally decent figures. Portable iterations are hit and miss to say the least, but incredibly popular especially on Nintendo platforms. Then you’ve got the more recent Sims FreePlay which uses and abuses the free-to-play system of mobile lore.

Basically, The Sims is here to stay. You (or I) can say what you want about the series and its questionable morality, it will continue to make money for a company that’s rarely seen in a good light. At times like this, it’s not hard to see why. The Sims 4 is set to be released later this year and interestingly will be developed by the reformed Maxis. Whether this means the series could win back its integrity is yet to be seen (although impossible in my opinion). There’s no doubt that it will sell well and that’s why EA has probably already got at least five expansions already on the go, plus a few deals with celebrities and big brands. As mentioned, the game will make money in spite of itself; you can say what you want about how this has worn the franchise down, but it’s a testament to the excellent original design that The Sims has remained EA's golden goose for so very long.

Baby Yoda Makes His Way to The Sims 4

Get The Sims 4 Free on Origin

The Sims 4: Get Famous Out Now