10th June, 2018. Bethesda’s big day on the E3 stage. Bethesda’s showcases were always a great watch. Whether you were a fan of Bethesda’s games or not, its child companies would always make sure there was something interesting to grab your attention. When you have studios like Arkane and id in your locker, you are almost guaranteed a half-decent showcase. E3 2018 was very different for Bethesda. The atmosphere around everything was different; the fans were not just hyped, but confused. The build up to Fallout 76’s official reveal had been marred by confusing interviews with people at Bethesda and conflicting reports online. There was still hype, this was a Fallout reveal of course, but there were certainly a lot of concerns people were hoping would be addressed.

A few hours before Bethesda's grand event, Todd Howard shocked the gaming world by making an appearance at the Microsoft press conference. Ever the charmer, Todd made some quips about having friends at Microsoft and retracing Bethesda’s history with the Xbox, going back to the original console with The Elder Scrolls III: Morrowind. It was a brief stroll down memory lane, but a reminder of Bethesda’s transition from a company bundling PC games in its own basement into a mainstream powerhouse. Todd then gleefully announces that this will be the world premiere of Fallout 76 - live on the Microsoft stage. It’s an engrossing trailer. The artful cover of Country Roads, the Ron Perlman narration and some great visuals on display. It’s the perfect ‘hype’ trailer and, for those brief two minutes at least, the concerns and questions about Fallout 76 were replaced with a roaring ovation from the crowd. It would be the last we heard of Fallout 76 until Bethesda's conference later that day; Microsoft would end their event with some Cyberpunk game. 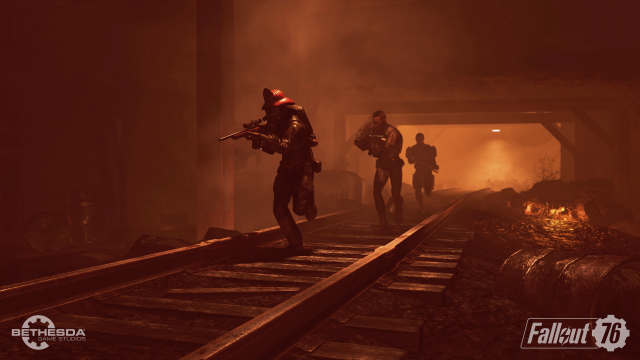 Bethesda’s own conference starts with some wonderful self-fellatio by Pete Hines, unveiling that the company had been voted the number one publisher of the year by Metacritic. As he rattled off various accomplishments that Bethesda had in the year prior, it was hard to disagree with the title they had received. Games like Wolfenstein 2, Prey, the continuation of the Dishonored series were fantastic, as was Bethesda’s continued support of the Nintendo Switch and virtual reality. 2017 and the first half of 2018 were an excellent period for Bethesda. Yet, this was the night that it would set the unravelling of all that hard work into motion.

Pete Hines starts the actual game showcase by mocking Bethesda’s ‘friends’ at Walmart Canada, who had accidentally leaked Rage 2 a few weeks prior to the event. The reveal was lacklustre. Not only was it accompanied by a strange musical set by Andrew W.K, the game just didn’t look the Rage of old. It’s something that would be a recurring theme throughout the night. We then touched on the Summerset Isle expansion for Elder Scrolls: Online and an Elder Scrolls card game that I genuinely forgot existed. DOOM Eternal got a roaring reveal, followed by another lacklustre recreation of a classic with Quake Champions. A couple of Prey addons that looked interesting, followed by a multiplayer Wolfenstein that never really reached the heights of its predecessors. A continued commitment to VR was confirmed with both Prey and Wolfenstein soon to be offering their own unique VR experiences. 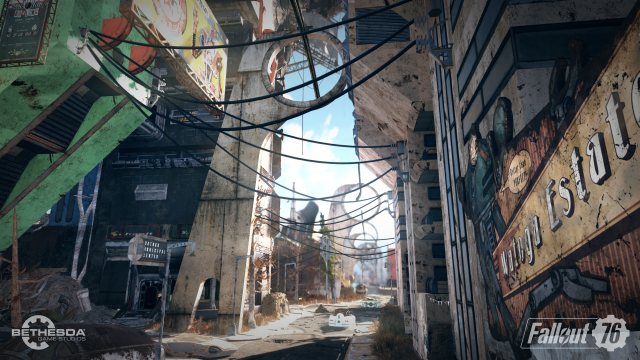 The opening 45 minutes of Bethesda’s showcase was, in hindsight at least, a clear sign of a company willing to roll the dice on its franchises. This presentation was not just Bethesda taking Fallout 76 in a different direction, but Wolfenstein, Rage and the Elder Scrolls too. The public's reaction to Fallout 76 prevented us from seeing how Bethesda hadn’t only isolated the Fallout fanbase, but the fans of its other franchises as well. Rage was redesigned visually and technically, Wolfenstein was now a tacky multiplayer game and The Elder Scrolls name was being used to cash in on the mobile and card game markets. The first half of the Bethesda showcase showed a clear shift in mentality for a company that was hitting nothing but home runs the year prior - and they hadn’t even gotten to the biggest strike out yet. As the Fallout charisma bobblehead himself, Todd Howard, waltzed onto the stage; this was Bethesda’s defining moment of E3 2018.

As charming as ever, Todd discusses Bethesda and its works in a very self-aware manner throughout. From jokes to Skyrim being ported to everything to laughing about how problematic the technical side of some Bethesda games can be. It’s almost 40 minutes of meta jokes about Bethesda and it’s past mistakes, jokes that aren’t lost in the irony of Fallout 76 being a compilation of the very worst parts of Bethesda. Todd says a lot about Fallout 76 without saying anything at all. With a fanbase begging for clarity above anything else, Bethesda committed to saying a lot of nothing. Even when discussing the state of other humans in the game, there was an obvious direction to Todd’s wording. Stating every other person you meet would be a real human, they still hadn’t addressed the elephant in the room when it came to non-playable characters. It was clear they weren’t going to do that, either. There were a lot of worries about Fallout 76 and Bethesda had a golden opportunity to cleanse those concerns at this conference. Yet, all those questions remained unanswered as the Fallout 76 portion of the conference came to a close. Making the decision to end their showcase with The Elder Scrolls VI was the clear sign Bethesda likely didn’t have complete faith in what they were presenting to us. 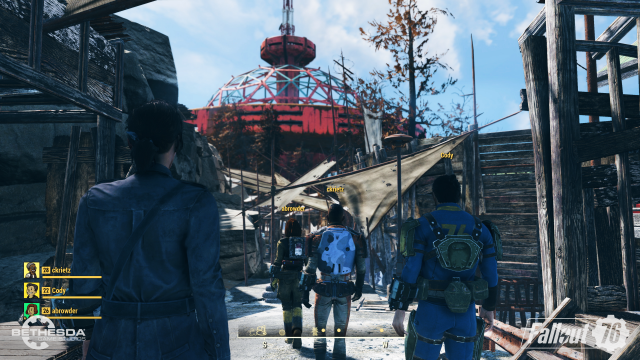 I’ve watched this conference back twice recently, trying to get all the notes I could from the Fallout 76 reveal. The majority of Todd’s speech was a history of E3 and Bethesda lecture with a side order of hilarious self-depreciation. Looking back, it’s an awful showcase of not just Fallout 76, but a lot of the games Bethesda had presented. When looking back through the reaction threads, it’s clear Todd's non-Fallout focused Fallout presentation had done the job they wanted. People weren’t discussing Fallout 76, they were discussing Todd and his self-inflicted jokes. It was a masterful stroke from Bethesda. People went in with so many questions that the company didn’t have the answers to, yet managed to send everyone home happy without giving any more clarity than we already had. The audience in attendance was eating it up, the live threads and chats were completely engrossed in Todd Howard. Bethesda were sailing through the initial Fallout 76 concerns.

Of course, Bethesda would slowly have to drip feed people some real information about Fallout 76. Coming out of E3 we knew it was multiplayer, but could be played solo. There was questing but no NPC’s. Bethesda’s approach of saying Fallout 76 was a traditional experience, but also a little different was starting to cause concerns again. After E3, it was confirmed the game would have no NPCs, a statement that was later modified to indicate no ‘human’ NPCs. Pete Hines caused a wave of frustration after stating the game could not be played offline at all - which appeared to invalidate Todd Howard’s E3 claim that the game could be played solo. With the underwhelming fan response to Fallout 4, Bethesda were walking a tightrope. Every interview with the company felt like they were describing an entirely different game each time. Even the game’s beta was shrouded in negativity and confusion. Months before the games official launch, long time fans of the series had their hands on it and still couldn’t decipher what Fallout 76 was supposed to be.

Despite appearing to navigate E3 without issues, Bethesda’s road to the release of Fallout 76 had not been smooth. The information they were putting out was a constant contradiction to itself. The fans were unsure of what the game was supposed to be, even after getting a hands on experience with it. All this, combined with gamers feigning confidence in Bethesda as a company was a ticking time bomb. A bomb that was set to detonate on 23 October, 2018.

Part three of this series will look into just how the fans responded to Fallout 76’s release, whilst touching on whether the game delivered an experience worth playing. Was Fallout 76 truly a representation of everything wrong at Bethesda? Or was another gamer backlash destined to blow over? You probably already know the answer to this one.

The Story of Fallout 76, Part 1: The Beginning

The Free Wastelanders Expansion Puts the "Fallout" in Fallout 76