The Xploder Cheat System is Back - Is it Worth a Look?

Back in the 90s, there were several cheat systems available. What made it different to cheat codes was that they changed certain values directly in the memory. The popularity of these systems kinda died out when the PlayStation 3 and Xbox 360 arrived, presumably as it was harder for them to change things due to the more closed systems.

However, with the more recent system updates to the PlayStation 4, came the ability to copy save files, to back them up. So we have the new Xploder cheat system, which requires a computer capable of installing Adobe Air, and a USB stick formatted to FAT32.

Once you’ve installed it, signed in and entered your activation key, you’re presented with a list of games currently available. There’s not a ton of cheats available at the moment, but we’re assured there are more coming weekly. Simply copy your save file from the PS4 to your USB drive, then plug it into your PC. Open Xploder, let it scan your USB drive, then backup your save to your PC. 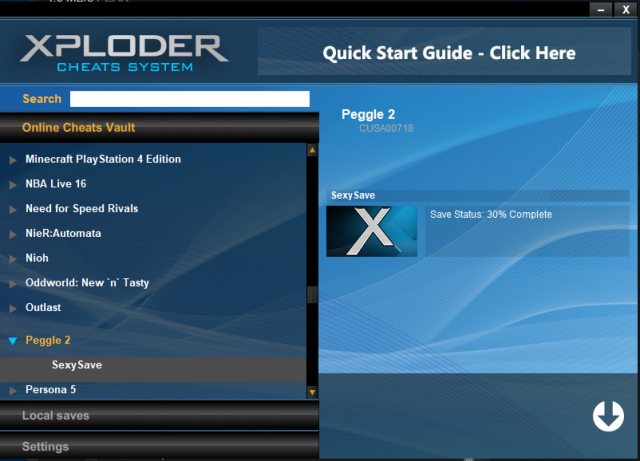 You really should ensure your saves are safe. Personally, I’ve kept every save game I can, even when I stopped using the consoles. I don’t even own a PlayStation, but I’ve still got a few memory cards in a drawer. What saves are on them? No idea, that’s not the point.

Now that your save file is safe (you put it on Dropbox or Google Drive too, right?), you can browse the Online Cheats Vault. It lists all of the games which have save files for you to download, including several Assassin’s Creeds, Battlefields, Call of Dutys, and even HELLDIVERSand Unravel.

Many that I browsed through said they were modded, or had a completion percentage and time played. Unfortunately, not all of them explain what they are for. There’s also no way of finding out when new cheats are added, or which games have been recently added.

As for actual use, the app is simple to navigate, and copying to and from the PS4 is easy enough. There are a couple of things to bear in mind, however. You must only have a few save files on your USB stick at one time, otherwise it will get confused and throw up a vague error message. 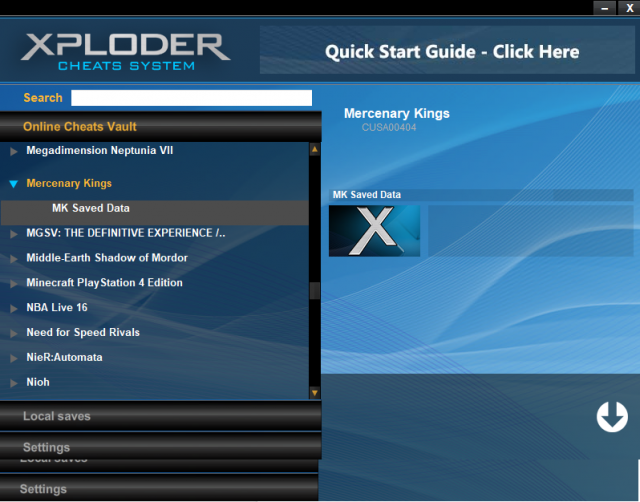 I'm hurt that they misspelt Middle-earth

The most important thing to remember is when you’re using a “percentage completed” save. If you skip, say, the first half of the game, then any Trophies you would get for completing the first bunch of levels won’t come through, meaning you’ll still have to play through them if you want the Trophy.

I didn’t have a ton of the games with cheats available, but I had a look at several of them. Weirdly, Sleeping Dogs has a couple of percentage complete saves, both of which just start you a few hours into the game, so I’m not quite sure why you would use them unless you had particular difficulty in the early game. The best ones are, obviously, cheat saves like LEGO Batman 3: Beyond Gotham. You start each level with millions of studs, making it very easy to save up to unlock things.

Although there is a limited selection, there are still plenty of games to choose from. If they all had proper descriptions, this would be ideal for those of us who like to cheat. Right now, it’s merely quite good.