This article contains massive spoilers for the game Sherlock Holmes Chapter One. If you haven't played the game, do yourself a favour: skip this article and go play it first! I'll be here when you come back, 100 hours from now and addicted to Sherlock Holmes stuff.

Sherlock Holmes Chapter One is a masterpiece of a game, and I'm sure I won't be the only one to think that. However, during my run, as I reached the cemetery for the first time to see the gravestone of my mother, I opened the Mind Palace and saw a small hint that made everything I thought I knew truly crumble.

"My imaginary friend Jon". My belly churned, I felt betrayed, confused, scared, and I finally understood why he teleported everywhere in the most immersion-breaking ways. Jon wasn't human after all. And as any Sherlock Holmes fan will know, “When you have eliminated the impossible, whatever remains, however improbable, must be the truth?” And so, I delved deep into finding the most probable truth.

I immediately jumped into the quest help Discord server provided to me by my superior, I all-capped the staff "WHAT", and then proceeded to continue playing the game as regularly scheduled. This time, with a new sense of intrigue and curiosity swelling deep within me; why does Sherry have an imaginary friend?

Throughout the rest of the game, I sat with my wife looking at every little clue for what mental conditions Sherlock Holmes may have. Since she and I are very much aficionados when it comes to psychology, we spent a lot of time discussing what symptoms he shows. And I believe we found a suitable answer. 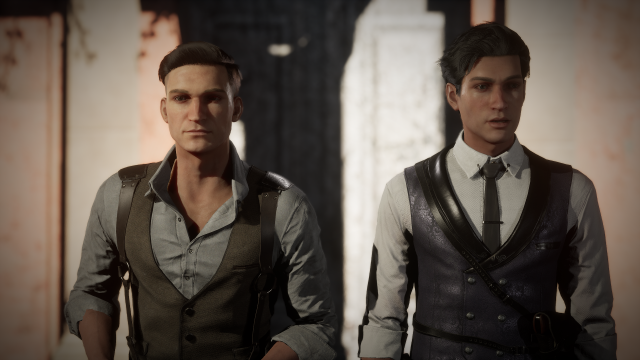 Early on we find out that Jon doesn't actually interact with the corporeal world. If it isn't by the several times he mentions it in a bitter way, then none of the NPCs interact with him. Jon will also be able to do bizarre things like at one point stand on the ceiling because he didn't want to touch the floor.

It's easy to immediately jump to any hallucination-based disorder and call it a night. After all, despite schizophrenics oftentimes having their auditory hallucinations be scary, it isn't always the case. You see, in the West, Schizophrenia develops very differently than it does in the East. In fact, the hallucinations that people can have in the East can be very amicable, often being depicted as a dead relative that accompanies you through your life.

This would make for a perfect contender for Sherlock and Jon. After all, we know that only Sherlock can see Jon. We also know that he is capable of hearing him, interacting with him, and Jon even acts of his own accord. This all ties in with him not being an imaginary friend as much as an actual hallucination. 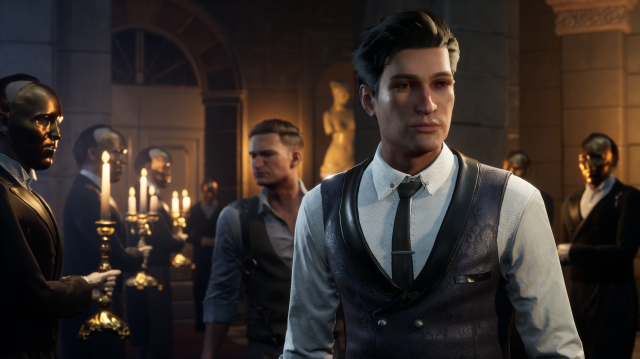 How do we explain that Jon is a nice hallucination instead of a mean one? Well, there are therapies that are meant to help make the delusions of a patient become more amicable, and even though it is common for them to be more unkind than others in the West, this doesn't necessarily mean it is a rule. In fact, the diagnostic criteria for schizophrenia in the DSM-V only really includes having symptoms from two categories. The first includes hallucinations, delusions, and disorganised speech. The second covers gross disorganisation, which is difficulty in goal-directed behaviour (which we know Sherlock doesn't have), and diminished emotional expression.

In fact, the diagnostic criteria for Schizophrenia in the DSM-V only really includes having two of the symptoms. One of which is hallucinations, delusions, or disorganized speech. The other, either gross disorganization which is difficulty in goal-directed behaviour (which we know Sherlock doesn't have), and diminished emotional expression.

This makes sense. Sherlock seldom shows emotion and struggles to do so actively. He shows frustration with his struggles and seems to try to break through the barriers when faced with a necessity of emotional reaction, like in the quest with Neila.

However, the entire theory falls to shambles when you begin the quest The Hand-Me-Down, in which Jon teleports to the top of a hand and reads a riddle above, telling Sherlock about it to find some pirate treasure. 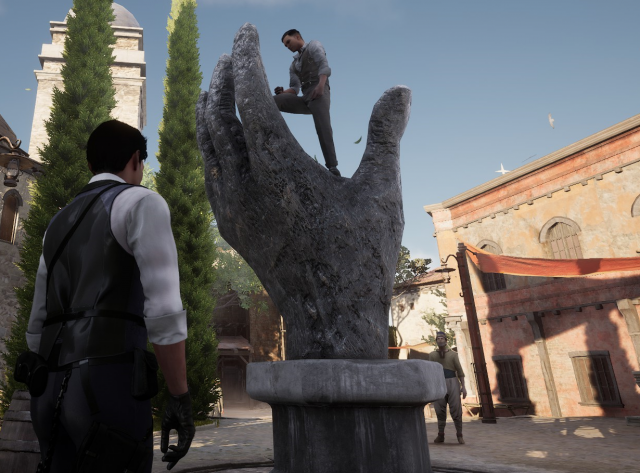 This doesn't work, solely on the fact that a hallucination could have no further knowledge than that of the person with the hallucinations. And so we discarded our hallucination theory altogether, and looked at it through different eyes.

Later on in the game—after entering Violet Holmes' study—the player can find a book called The Tulpa: Studies in Tibetan Mentalism. Aha! How could we be so stupid?

For those unaware—which I'm expecting is most readers—Tulpamancy is a phenomenon in which a person wills an imagined being into life, which is considered to have formed their own conscious and sentient thought. There are two forms of tulpas: the metaphysical tulpa, which is believed to be of supernatural origin and has come to communicate with the Tulpamancer; and the psychological tulpa, which is something brought to life through sheer will. Tulpas will have their own emotions, think, speak, and share their mind with the host.

Ignoring the supernatural aspect of Tulpamancy for the sake of the Sherlock Holmes universe, this doesn't quite help us get past the issue where Jon interacts with the silver hand and finds the riddle. But there is one explanation very similar to Tulpamancy that does. 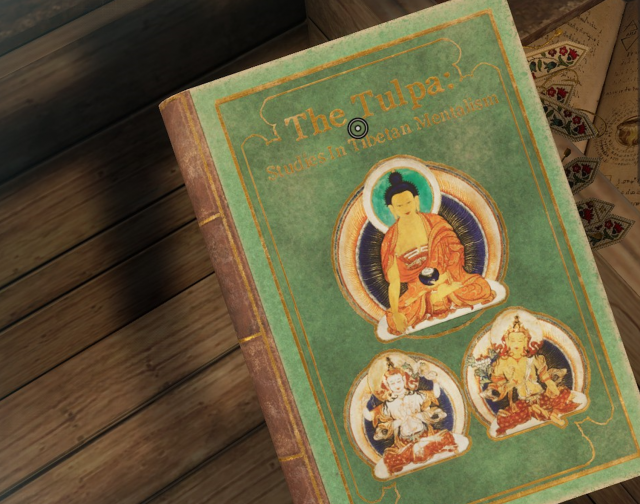 You see, Tulpamancy isn't the only thing having two consciousnesses living within the same body. DID (Dissociative Identity Disorder) and OSDD (Other Specified Dissociative Disorder) are both dissociative disorders formerly known as Multiple Personality Disorder, in which the person that suffers from it exists in different states of "consciousness" known as alters.

Although DID is still being researched to this day, it is commonly established that it can form between the ages of 5–10 after a traumatic event occurs to the child, with alters commonly making their appearance near the age of six.

Sherlock suffers from isolation from his family, as Mycroft tries to handle the situation with Otto, and his mother having bouts of rage and even some abusive tendencies from hints given from Jon in the various finales. This would work as a probable traumatic event to trigger the disorder.

In the ending, Mycroft appears and speaks to Sherlock, asking him where Jon is. Shortly after, Mycroft and Jon both say at the same time, "Why is he here?" This felt like an indicator to me that Jon was supposed to be an introject of what Sherlock wanted Mycroft to be—kind, paying attention to him, supportive. And although it is known that alters cannot die, which might negate the theory due to Sherlock killing Jon in one of the endings, there is the possibility that Jon and Sherlock integrated, which is what happens when two alters desperately need each other's traits and would work better for the body united rather than two separate states of consciousness. Jon no longer had a purpose, for he was the alter holding the memories of what really happened with Violet Holmes, and he desperately craved human interaction, as is proven by his constant mentioning of not being able to talk to others.

Meanwhile, Sherlock needed the stability and strength that Jon had shown and provided throughout all of the years, as he'd known of the pain and suffering they'd endured. Moreover, he needed Jon's emotional capability to connect to others, which is what allows him to form a close bond with John Watson as we see at the ending.

And the hand debacle? Alters can control the body and cause a blackout in memory known as a memory wall, which means that every alter holds their own memories but can share them with others. This would mean that Jon temporarily took over the body, climbed on top of the hand, saw the riddle, climbed down, and then shared his discovery with Sherlock.

And there you have it! We assume that Sherlock has DID, which would be accurate for its later discovery only a couple of years later in the game timeline, near the late 1880s. What did you think of our theory? Do you like it? Let us know in the comments below! Let's trade blows.

The Silver Hand Riddles and How to Solve Them