We all love a good shotgun. They’re the textbook example of simplicity. You fire it, it blows whatever you’re aiming at away, and you rinse and repeat. They aren’t as clean as a rifle or quite as stylish as a revolver but when you’ve got a good 12 gauge boomstick, you don’t really need any of that stuff.

Videogames have been supplying us with our fix of buckshot for decades now, so in this article I’m going to list some of the best videogame shotguns I’ve had the pleasure of handling.

I don’t hold Half-Life 2 in as high regards as some other people I know but if we’re talking some of the best shotguns I’ve used, I’d be absolutely remiss not to include Dr. Freeman’s shotty of choice. Not only does this thing look awesome, it packs a hefty punch and sounds great. Most of Half-Life 2’s guns have an alternate function, and the shotgun in particular has a pretty unique one in that it allows you to pull both triggers and unleash hell from both barrels of the shotgun (don’t look at the weapon model please, I know it doesn’t make sense). This’ll blow most things far away, at the expense of extra shells. It’s a classic, for certain.

This gun is so confident, it doesn’t even give you a name. It’s just “Shotgun” when you select it. You can fool around with your Reserve Shooter or your fancy Rescue Ranger but at the end of the day, you can never really beat the consistency of the stock shotgun when you’re playing Team Fortress 2. The spread is mostly tight (disregarding the annoying random spread effect in casual), you have a good amount of shells at your disposal and people always seem to underestimate how much damage it does (90 at point blank!). It has no gimmicks, and it has no downsides. Whether you’re building a sentry nest, running low on rockets, out of time to spin your minigun, or your victim is just out of flamethrower range, you can always rely on your trusty pump action to do exactly what you want it to and keep you safe when you need it most. Truly, a Mann’s best friend. 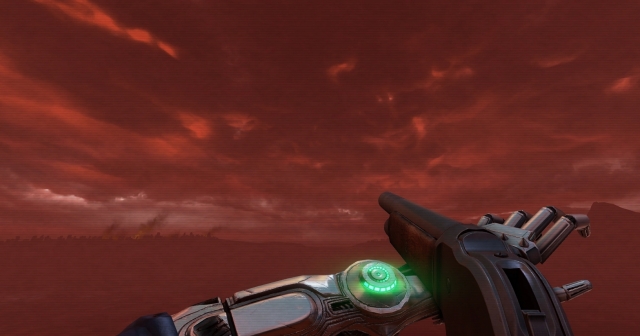 I’m fully admitting the bias in this one. You know the shotgun Arnie uses in Terminator 2: Judgement Day? Okay, so this is it. This is that gun. The 1991 moniker even references the year Terminator 2 was released. Not only only is the design similar, the weapon is reloaded with the signature lever flip (which is unfortunately impossible in real life). The Galleria is a case of style overwhelming any other factor for once, as the gun just feels cool to use. In a game paying massive tribute to the ‘80s classics we all know and love, it’s thrilling to get a hold of a weapon made iconic by that era and it’s even more cool that it’s actually a really good gun. It chews through ammo quickly but it has some surprising range on it and can even be upgraded to shoot Dragon’s Breath rounds that’ll set your enemies ablaze. Just don’t use it near grass, because it will cause a fire. 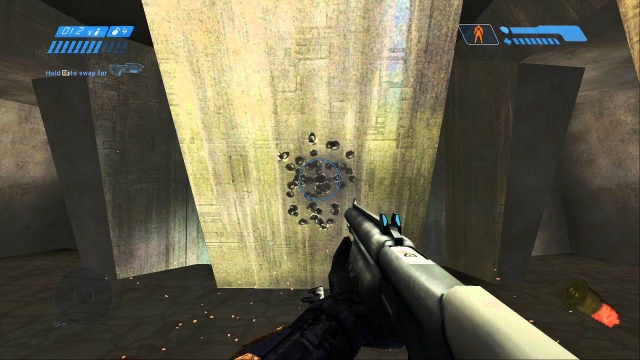 Ah, the M90. Whilst the shotgun has had a rough patch since Halo: CE’s release, with Halo 2 nerfing it into being underwhelming and Halo 3 not doing much to fix its predecessor’s faults in that regard, the original grandfather of the Spartan shotty of choice is one of the best uses of a weapon in a single-player campaign. Your introduction to the M90 is a horribly tense mission where you first uncover the threat of the Flood, inside the Alpha Halo containment facility. These enemies are a far cry from the Covenant and you’re forced into tight corridors with frantic Flood zombies trying to mash you into mulch. And this is where the weapon shines. With its movie inspired yet distinct design and surprising range, it absolutely minces through most foes and, most importantly, will be your staunch ally when you are eventually forced to brave the infamous “Library” mission later in the game. The awesome tribute to classic zombie films as well as the great utility the weapon puts the M90 on the proud second place spot. 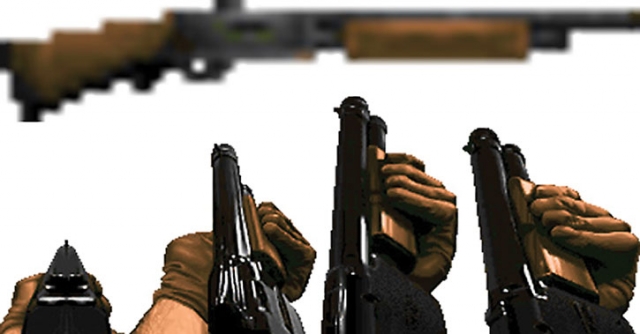 This took some thinking. Whilst the Super Shotgun is undoubtedly the most iconic weapon in the series, the Pump Shotgun set the bar for most shotguns that came after it. It has all the hallmarks of what you’d want a good shotgun to be. It’s satisfying to use, it does great damage, and its range isn’t handicapped to the point of having to shove it in your opponent’s face for it to work. It is the progenitor of what we associate with an FPS shotgun and is definitely my favourite weapon in the original Doom game to use. But it is the legacy factor that boosts it to the top spot on the list.

So, those were my picks. It took some self control to not stick the Mad Max shotgun on this list, but what would you have put on here instead? There’s stuff I missed simply out of never playing the game in question, so let me know in the comments below.

Saying that Halo 2's shotgun is "underwhelming" is a huge understatement. It's one of the worst guns in the game.

The pistol offends me more if only because I love the design of the thing. I'm just glad ODST did the pistol some form of justice.