Here’s a little-known nugget of human anatomy for all those kids in lockdown who’re missing their classrooms already. The funny bone, despite being physically quite distant from it, is directly connected to the heart. I’m not talking literally of course, only making the metaphorical point that getting a giggle out of someone is the key to making them feel just about anything else: love, hate, fear—you name it. Any writer worth their salt knows this, and it’s why so many of the best-loved characters in fiction sport a wit sharp enough to slice a hair lengthways. Games too are no stranger to characters who prove to be irresistible—or at least memorable—by their use of wit, one-liners or a general sense of chuckle-worthy charm. So dig out those red noses and pull on some oversized shoes, because we’re about to run through our favourite funny folk in gaming. Don’t you just wish you were as cool under pressure as Uncharted’s main man Nathan Drake? I for one, tend to shake and stumble over my words when faced with a situation any more intense than a three-person conversation. For Mr Drake, however, being pelted with a small army’s worth of bullets while leaping through a crumbling mythical city isn’t enough to stop his sharp remarks and ever-present sense of ‘cool’. He may let out the occasional yell of surprise or anger, but beneath it all, there’s the underlying sense that he’s only playing along. The world may be collapsing around him, but Nate’s got this whole thing under control. With GLaDOS’ dark and deeply sarcastic sense of humour, the Portal series almost makes merciless physical and emotional torment sound fun… almost. The game’s tricky—and sometimes downright fiendish—puzzles may be fun by themselves, but they wouldn’t be complete without the sadistic AI’s hate-driven monologues and cutting remarks, all uniquely entertaining and many worthy of a genuine laugh. None of that ‘vigorous exhale through the nose’ malarkey mind—a real, proper laugh. Honourable mentions go out to Cave Johnson and Wheatley of Portal 2, who provide laughs aplenty when GLaDOS is silent, but the original will always be the best. If GlaDOS is the lead singer in the Portal band, Cave Johnson is most definitely on guitar and Wheatley is… I guess, on bass. Sorry Wheatley. 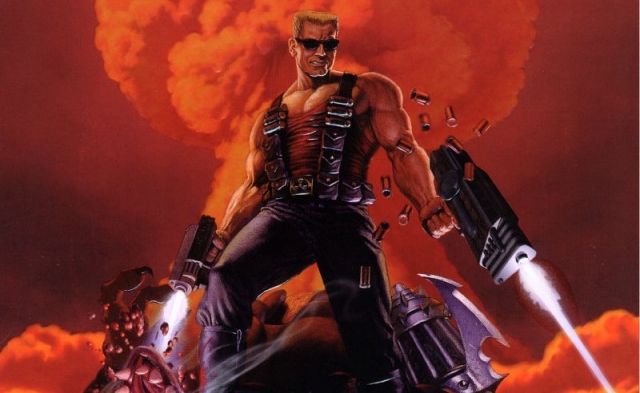 It’s probably worth a mention at this point that attempted humour doesn’t always make a character likeable, certainly memorable, but not likeable. Take Duke Nukem, a walking cliche who exists to “kick ass”, “chew bubblegum” and make those alien bastards pay for shooting up his ride. As a cross between the all-American macho man stereotype and that annoying kid in school who didn’t understand how jokes could wear out their welcome, Duke has pretty much spent all the goodwill people had saved up for him over the years. Despite this, and the fact that he hasn’t seen a good game in decades, “the King” still manages to linger in our minds and within gaming culture due to his penchant for spouting endless misogynistic one-liners and parroting tired movie quotes. We may not like him, but Duke’s wisecracking has earned him a place in our culture that—rather like a particularly stubborn stain—can’t be scrubbed away, no matter how much we try. 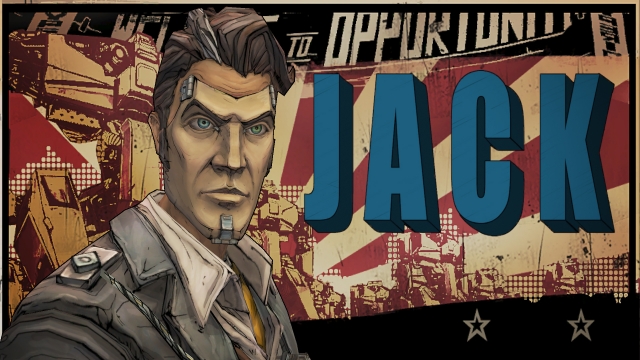 Another villain makes the list; unlike GLaDOS, however, Handsome Jack isn’t so much a hyper-intelligent sadistic AI, but more of a petulant child with too much power. Make no mistake, Jack is a bad man—bad indeed. If having killed his way to the position of dictator wasn’t enough proof of that, the enslavement of his only child would surely finish off any shred of doubt. In the face of this, Jack goes about villainy in such a carefree, almost playful way, that it’s easy to forget he’s not just running his mouth like a sour teammate in an online lobby when he issues his endless death threats: he actually wants the heroes—and all their friends—dead and buried. Above all, Jack’s character goes to show how much people are willing to overlook if someone can crack a joke or two. 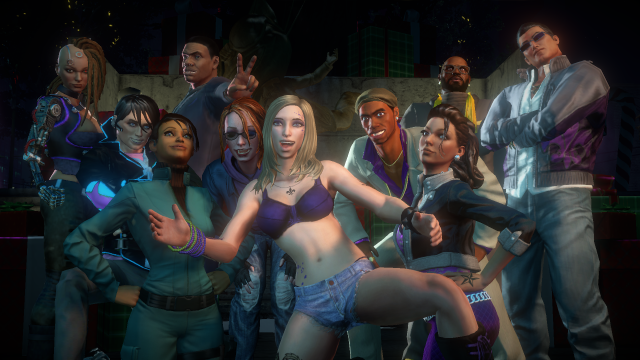 Never has a single character served as such a perfect reflection of their game’s overall tone. The Boss (Saints Row’s protagonist) is so well-suited to Saints Row: The Third and IV that it’s not hard to imagine them sitting down and writing the entire game themselves. In many ways, the Boss and Handsome Jack share a lot of similarities: they’re both probably psychopaths and treat almost nothing with any sort of respect or reverence. The difference between them lies in the context of their respective games. Where Handsome Jack is a twisted man in a—relatively—straight world, the Boss is twisted in a world that’s ready to twist alongside them. As such, one is a villain while the other is allowed to be a hero—of sorts. There’s a profound point to be made there about morality and how we judge people in society, but I’ll leave it to someone more intelligent than me to do so...